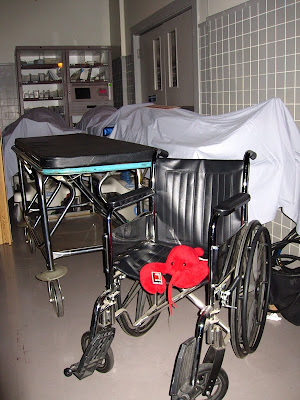 It's crowded in there folks...really crowded. We knew that Wolf was ushering in a new 'era' on GH  but this? The POST-GUZA ERA  is getting to be amazingly complex. Let's list them, shall we?


1. Writers: David Goldschmid and Meg Bennett were let go from GH.(Meg is Bob Guza's wife) . Replacing them on the breakdown team will be Shelly Altman, who's been writing breakdowns for "One Life to Live" for the past 11 years, and current "GH" script writer Tracey Thomson. (SON)
2. New Doctor: 30-something, I think a replacement for the failed "Ian" character that Wolf wrote for during the writer's strike. His name is Ewan and he's mysterious and angst-ridden.
3. "The Woman in White": 30 something, Ethan will see her like a 'vision' but she's real. A Gothic mystery will unfold.  Can you say: ANGEL SOREL??! Those that remember her know just what I'm saying.
4. Stuart Damon:  Is back... as a vision or ghost..not real
5. Skye is back...she's real.
6. Newbie Mob-Daughter: 19 years old, from NYC possibly connected to Tracy Q from the old
"City" days...

7. Recast Kate:  Well, a new Kate-- after we've been hoping "Crimson" would resurface, we get a whole NEW face for the editor--and she's 16 years younger than Maurice. I know people want me to "get over"that fact but hell, I'm mad. There are MANY 40 something actresses needing jobs out there.
What did I forget??  Lucky's going to be a druggie, Skye is coming back and I think she'll be in the mob story --the mob may jump to the Q's with all this news. The whole Mob connection seems to not fit the "getting away from the mob". Oh hell, as long as the STORY is good, we don't care, right!!?A wedding is coming (I'm always up for those)-- and Siobhan is going a little crackers. I think she's the new "Lisa"!!  Helena's back. *sigh* thank you

SID weighs in on CYBER SOAP NEWS: ABC's press release said that Prospect Park would continue to broadcast AMC and ONE LIFE TO LIVE in their same length, but made no mention of how often the shows would air? Our spy reports that the latest scuttlebutt is that AMC may become a seasonal series -- not a daily one -- thus opening up the door for the cast to pursue other projects. 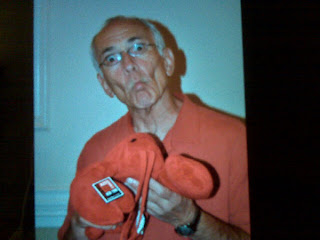 TO ALL at the FAN Club weekend people, thanks for all the photos and tweets and Facebook updates. I so appreciate you letting me use some pics on this blog as well. It helps keep everyone informed and makes us feel like WE WERE THERE!!

SCENE OF THE WEEK: TIE: Jax in the Police Station and Sonny/Brenda saying good-bye. It was a good week for actors.

SEE who won BEST DRESSED this week on the WUBS NET!!

One more note: Heart goes out to Norway. Such sadness.
By kdmask - July 24, 2011
Email ThisBlogThis!Share to TwitterShare to FacebookShare to Pinterest
Labels: sundaysurgery