Well, it's official... ABC floated the script for the new DOC-- the 30-something "Ewan" I mentioned earlier this week. Raven has the Full script up.  Excerpt:

Dr. Ewen Keenan is an analyst who heals outside the rules. He's 30, Thick blonde hair, scruff of a beard, blue eyes. Handsome and masculine, but accessible. A man with nothing to prove. A big unpredictable kid at heart. Broad and expansive one minute, balled up and tender the next. Kind, affable and funny, Ewen's not afraid to get his hands dirty. He's a sports fan, a water baby. He loves children, animals, and horses in particular. He's a guys best friend, and a woman's fondest wish. He dabbles in art, painting broad canvases of water. He is in the process of writing a book, the contents of which he guards fiercely. He can be absent minded at times and careless about clothing. He's also prone to sudden bouts of brooding melancholia. A moment from his own past threatening to pull him under and drown him in unnamed sorrow. His treatment methods are challenging. Always keying in on one key trigger word rather than dwelling on the past. Something he is very careful to avoid when dealing with his own secrets. Ewen always pushes his patients to find new daring paths of interest. Finding the answers to their most problematic issues along the way.

Now.. why, why why? With Matt and Steve still hanging around, why a newbie? Your guess is as good as mine. The "Unnamed Sorrow and brooding melancholia" just cracks me up. Angst..angst angst. 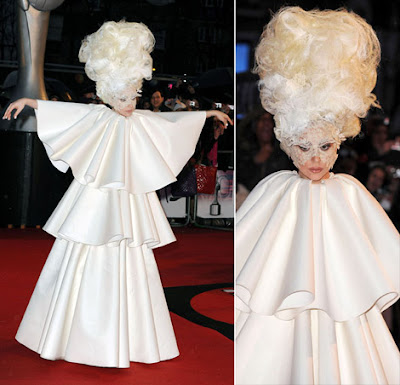 Lady in White?? Gaga?? ahahhaa
This on the heels of the "Lady In White" that Ethan will see-- and hardly anyone else for awhile. A Gothic Mystery that is supposed to involved the Cassadines/Spencers and Q's.  Hell, at least they are both for something OTHER THAN THE MOB and can I pray NEITHER KNOW Carly??! LOL.

Get ready for the 2 newbies. Asher, the guy connected to ELQ will also figure into the hospital/drug story with Lucky and the prescription story.
Hit the link for the "Lady in White" description.

By kdmask - July 21, 2011
Email ThisBlogThis!Share to TwitterShare to FacebookShare to Pinterest