Going Backwards ..and Frying Eggs on the Sidewalk

PHEW!! What's worse?  A giant blizzard where you can't go outside or 120 degrees with humidity!!? LOL At least I'm not in England (the last time they had a giant heat wave it was 102)-- they had NO AIR! Not even the restaurants. I went into the cheese section of the grocery store to get cool!! ahaha.It's officially 100 here! 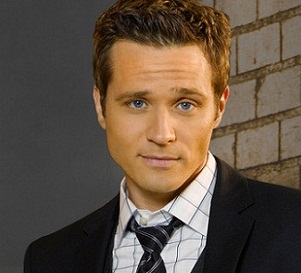 Seamus Dever
Someone on twitter was talking about the new doctor (Ewan) and thinks it's a replacement for Ian Devlin who was at the head of the Wolf story during the writer's strike. Guza had him then shoot Michael... and the actor went to Castle. Interesting, could be!!  Dr. Ian sold illegal/fake Rx drugs, remember?
Makes sense.
I'm also wondering if the Lady in White will be connected to Siobhan and the Cassadines... that would make sense as well. Maybe Siobhan is a closet Cassadine? 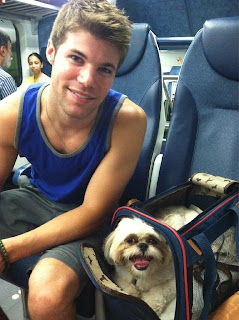 Kris Alderson tweeted this pic of her "train buddies"!! A Ford and a Dog.. lol
HEY!! Tina and CORD are coming back to OLTL!! WOW!! Andrea Evans and John Loprieno are going to reprise their roles. I love them, can't wait...read more on SID !!
OLTL was funny today and just a great watch. LOVED it.  Vamil's parents came--Bollywood!! David took the tip. Heh. 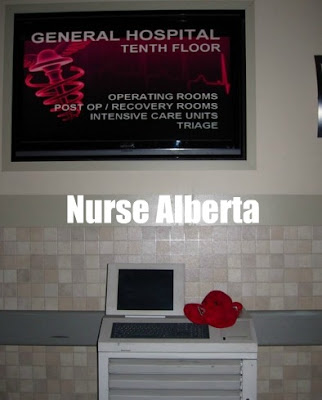 TODAY IS A DVR day!!
I'm glad that Sam and Alexis are talking and NLG is back on the show more. Krissy came in! woot!
Morgan can cry, I'll give him that..sniff. Poor Jax, saying goodbye to Joss. aww.
Brenda and Sonny "I told you that girl would destroy you" -- "Tell me your sorry"!!!
The house would be real but the rest would be a lie, my power base is here" says Sonny. Wow..that was some powerful Maurice work. "Power isn't something I can keep, hold on to and understand and I'm not giving it up for anybody"....
"No matter where you are, I will always love you"....
Great scenes, then CARLY has to stomp on in to talk to Sonny--Laura Wright gets a TON of airtime already, did she have to come in at that second and blab to Sonny? Uh, no.
ROBIN and Brenda scene!! NICE!! thank you!!! It could have been longer but I'm not complaining.
JaSam on the rooftop... very romantical "I would be honored to spend the rest of my life with you. Will you marry me"?? Sam says "You have changed me so much".... I hope their wedding is fun and has food, unlike S&Bs LOL The lug nut was fun--can't wait until they find the real one. I loved that dang ring!!
Brenda and Jax:  "Would you allow me to play the white knight for you one last time"???  Alec was cute on the plane! Teaching him Italian..awww.
Sonny says get "my plane ready"--he's going to flee for awhile (MB was touring the East Coast).

SO, CarJax: Over
Sonny and Brenda: Over
Jason and Sam: Getting Married
Brenda: Leaving
Jax: Leaving
Carly: Still yappin'
AND... Sonny threw NO BAR WARE TODAY!

GREAT GH day in so many ways--- the dialog and acting were really good.

By kdmask - July 21, 2011
Email ThisBlogThis!Share to TwitterShare to FacebookShare to Pinterest