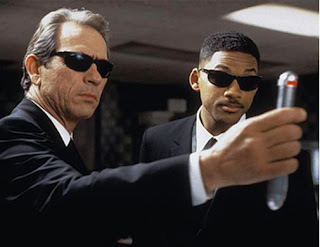 You know Tommy Lee Jones was gonna show up on OLTL Today! ahahhaa. It's so fun and I tell you what, the writing is such that's the show is not a cheesy mess. It's just GOOD! I still don't know what's going on with "the Todd's"... It think New Face is implanted with the brainwaves of Old Face.

OMG, Dorian was so fun-- and David!! ahahaha. I think the whole cast is having a blast. I know I am.


ON TO General HOSPITAL:  To all of you going to the FCW, have a blast, don't THINK OF ME ALL ALONE HERE!! :wah: I was supposed to go-- but, sigh, didn't happen. Long story that involves England, and Napa Valley and college tuition LOL

Brenda/Jax/Sonny/Carly..blah blah At least I won't have to hear CarJax crap FOR MUCH LONGER! They've fought about the same ol' sheeze for YEARS! I also love how Carly wanted Sonny FAR FAR away from Morgan and Michael. Now, Sonny's JUST FINE!!
Loved when Jax yelled "you learned NOTHING after Michael got SHOT IN THE HEAD"!!
Carly to Brenda: I'll give you a window of time....go back to him or I'll take him" ahahaa !!
Vanessa, I love ya but don't keep coming back and forth, ok? Stay gone or Stay.

Siobhan  is all of a sudden all jealous of Liz??? Get that bandage off her head. Thank you.
LOVED THE RING scene with Maxie!! Kate/Wills mention. I just like that stuff.  *sigh*
Alexis and Sam!! Good Stuff too.


And to all the S&Bers out there, at least Brenda didn't leave drooling in a wheelchair--that's from us L&L fans. Guza's a bitch. I'm sorry!!
By kdmask - July 20, 2011
Email ThisBlogThis!Share to TwitterShare to FacebookShare to Pinterest