Alan "Sighting" and OLTL is AWESOME YET Again!

A "fantasy" come true...looks like Monica may be "seeing" Alan again very soon. ;)--So tweeted Leslie Charleson today!! Now the " " marks again tell us that Alan won't be real, but I don't care!! Just get him back! 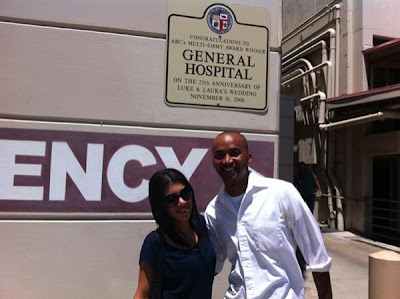 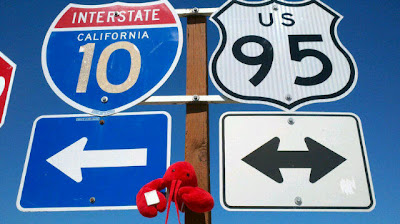 MY ALBERTA is in California!! That's right!! Wubber Summer is taking her to the Fan Club Weekend! Look for her and if you get a pic, post it on Alberta's FB page!!


OMG, OLTL was AWESOME! It could be a PRIMETIME SHOW...ABC is so stupid to cancel this. SO STUPID.
David "Can we call the head of the FBI ?? Is it still Jodi Foster"?? ahahhahaa David and Vicki could have their own dang webseries!!!

The Old-face New-face is just weird -- New Todd would know that Old Todd is Todd because he's seen a ton of photos. OY! I love it! ! It's so confuuuuuuuusin'!!

Echo/Dorian. Hysterical. LOVED the "Duct tape mask" how did she breathe?? That little Sam is such a great actor!! THE SPIDEY stuff on ECHO!! Who was going to try to kill Dorian with "hormone replacements"  but tried a dry cleaning bag instead.

AND OLTL knows what an Amber Alert is!!

GENERAL HOSPITAL: Oh goodness, after OLTL it's going to be hard to watch because OLTL left on  cliffhangers!!
This is NOT SONNY'S fight about Josslyn. This whole thing is so stupid. At least we know from his tweets, Ingo is back on the set, taping with all sorts of people including Kim McCollough. I guess GW remembers they used to be friends!
Brend and Jax...Sonny and Carly.  **SIGH*** And Brenda has giant long sleeves on again. I hate that shirt.
The dialog was JUST HORRIFIC today, especially with Carly/Jax and Sonny/Brenda-- Geesh. Jax is the DANGER...oh, thanks Guza for a parting shot. God FORBID this show is anything but lopsided. I can't wait for Wolf to erase some of this. Guza should have just made Alec Jax's kid and Joss Sonny's from Limo sex at this rate. Whatever.
Brenda: "you've taken that from me" (a home) she says to Sonny

Good day for JaSam fans, that's about it.

WHAT THE HELL did Molly have on?! GOOD Laws!! She figures out that Sonny did the stuff to Jax.

BREAKING NEWS: Sarah Brown is going to DOOL in A NEW ROLE according to SOD!


By kdmask - July 19, 2011
Email ThisBlogThis!Share to TwitterShare to FacebookShare to Pinterest