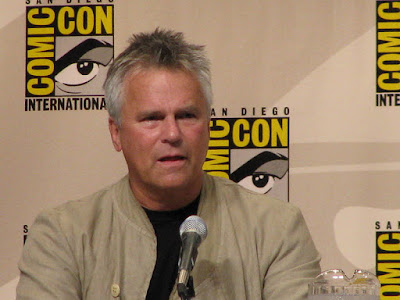 Richard Dean Anderson At Comic Con
Exclusive: Oh, interesting...could Richard Dean Anderson reprise his roll as Dr. Jeff Webber just as his GH's Son's Story heats up?? Jeff Webber is the daddy of none other than Dr. Steven Lars Webber--and to Elizabeth as well.
Known for his roles as MacGuyver and on Stargate, a little wubbie told me that producers are looking at a guest cameo later this year or for Feb Sweeps. As memory serves, he just might have had an affair with Monica way back when as well!
Anderson is on Twitter, maybe we can ask him ourselves...ABC is mum. As usual!! Trying to contact his 'people' now!