Michael Logan Weighs In on CyberSoaps 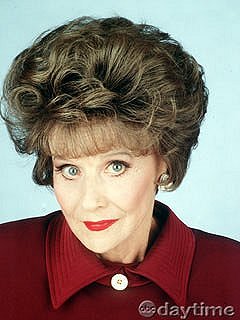 What WOULD PHOEBE think??!!
New article in TV Guide gives some hope that the transition may be quick and "painless"

Word is, the production company intends to waste no time — or lose any momentum — and will launch the reimagined AMC on Monday, September 26, just three days after the soap ends its network run. There's also highly reliable buzz — unconfirmed by Prospect Park — that Susan Lucci has agreed to move on with the show, though to what extent she'll participate or for how long isn't clear. Most (if not all) of the soap's other top stars have yet to enter negotiations.

The only thing that bothers me? That word "reimagined"... now, that might be a GOOD thing!! What say the Wubbers? Are you going to watch online??
By kdmask - July 13, 2011
Email ThisBlogThis!Share to TwitterShare to FacebookShare to Pinterest
Labels: save