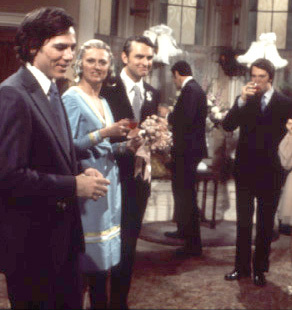 \Mary Fickett, a New York actress whose career spanned 50 years of radio, television, stage and movies, died Thursday at her home in Callao in Northumberland County. She was 83.

For nearly 30 years, Fickett was loved and admired by millions of people as the good, compassionate nurse Ruth Parker Brent Martin on the daytime TV drama "All My Children." She appeared in the first episode of the show in 1970 and made her last appearance in 2000.
At the height of the Vietnam War in the show's 1972-73 season, Fickett delivered a touching monologue expressing her character's doubts about the war and fears about her drafted son.
Ruth's speech resonated with millions of viewers across America with the same doubts and fears. It also won Fickett an Emmy in 1973, the first ever awarded to a performer in a daytime drama.
With Ruth and her doctor husband as the drama's tent-pole characters, "All My Children" became the top-rated daytime TV drama in 1978. Ray MacDonnell played the role of Dr. Joe Martin, Fickett's TV husband.
By kdmask - September 10, 2011
Email ThisBlogThis!Share to TwitterShare to FacebookShare to Pinterest
Labels: allmychildren