Twitter was over capacity again today during OLTL..booooooooo I so needed to squee about the show!! Bombs! Shootings!! Oh wow, why does it work on this show and piss me off on GH? Because GH used it AS the story --not part of it.  Tina and Cord!! Where's my legwarmers and feathered hair??! Such a flashback!! David Vickers the dog is the cutest thing ever.  CLIFFHANGER o' rama!! Bomb, Shooting and Jess seeing results!! eeeeeeeeeee! 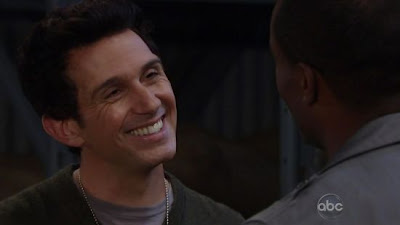 General Hospital:  Please, give me something today :keepingfingerscrossed:
WOW, Dolores is just ...flat..she reminds me of Marina that Ric was involved with. Wooden.Flat. That whole fake bomb thing was stupid. I don't know know,  I'm crabby that GH can't be as fun as OLTL I guess.
IT's SO DARK on GH!! LOL..we could have viewed JaSam through green-scope today.
I was wishing JoLivia would have just gone in the storage closet and had crazy sex..:)
Michael wanted to be in the mob so damn bad but then cries when the first thing goes wrong? Uh..hmmm. I bet Morgan will be made of  steel when he gets back from Military School.
Carly just walks into a warehouse the police are guarding to check on Shawn with A BOMB. WTF. This is ridiculous.
WHAT WAS THAT Jason EYEBALL stare down?? Oooooooooooooooo. NICE. His old shelf? Franco phobia?
Wyndemere story: Hmmmm, painting is crying. Ethan goes around in the tunnels and hears some spookay music.

I hate to say this but YAWN Luke's back..whatever. I'm tired of him leaving/coming/going. That's all. FRANCO's monkey veil on gorf! alahahhaa.
By kdmask - September 30, 2011
Email ThisBlogThis!Share to TwitterShare to FacebookShare to Pinterest