David Gets Crossed on AMC--NuKate on GH

AMC-- SNAP! I knew Zac was pretending!!!!! Ahahaha, still it was a good scene. LOVED the Lucci star on the Walk of Fame.Cute touch. Lorraine is doing SUCH a great wrap up. I will miss this show. It was one I watched on and off -- and always could get back into. 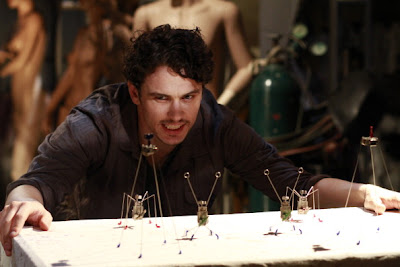 .
Franco doing some voo-doo dance with his sculptures on GH ahahahhaha!
OLTL: ahahhaa...
Todd "Hello, Llandview Police Department? Can I speak to someone that has HASN'T slept with Natalie"?? aahhahaa
I thought that porcupine was a beaver?? HUH...Roxy told Jon to put an "IUD" out on her porcupine! LOL
I am  so glad Kim's back. I like the Aubrey thing and the mystery going.
Hair notes: Todd's looks awful and McBain's looks like Suzanne Pleshette's. (if you don't know who she is you're too damn young so forget it) heh.


JaSam's Wedding Vid is out...look like she does get married in her dress. The "casual" ceremony is first, then they do a traditional one for family/friends.

AZ and Tracy-- kinda driving me a little nuts but I love Jane soooooooo I'll put up with it! He served her tongue!!

Skye and Edward were so cute. She checked his pulse while he was sleeping :) awwwww. She's goign to rat Tracy out!!

Looks like Jackal PI is gone. thank you !!! thank you!!

Sonny's just getting sheeze from all sides. I guess they have to beat him DOWN AGAIN and again so another woman can save him. ;/ whatever.
Johnny said "I could have screwed Kristina when she walked thru that door" ..good Gravy!! geesh 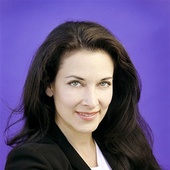 NuKate: Not bitchy enough--- she's pretty but young. Holding judgement. Holding..holding... not too impressed yet. Certainly isn't that different from how Megan played her.  I would have cast Lisa Peluso (Ava Loving) if I had to choose. BTW, it's NY fashion week, I so wish GH would keep up with the times just a LITTLE. It's not hard.

Guess who's going to be back on GH?? Oh, she's one of my faves and dresses to a "T"!! You know who. Break out the Ouza and Feta!!
By kdmask - September 12, 2011
Email ThisBlogThis!Share to TwitterShare to FacebookShare to Pinterest