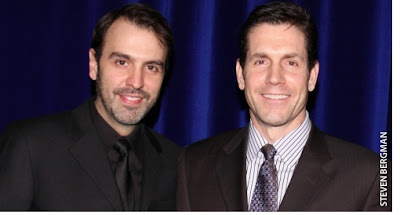 Big news...this means RC isn't coming to GH as speculated awhile back. I guess when Frank Valentini decided to stay as producer and then head of the Prospect Park online soapy deal-- Ron decided to stay on the ship.
Not fair or fun for us...because he could have really kicked some life into GH. I had high hopes for Garin Wolf, but by all indications, things are just limping along. I see Guza's name still listed as a producer, I think he's writing the Franco stuff and ugh---it's more mobular than ever!