Yes...I'm being sued. BY YOU! lol... oy--this week was a mess work and health wise. I had just too much on the old' wubba plate. I did manage some GH so here goes nothin! 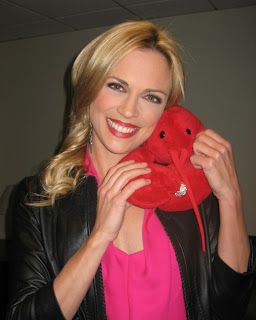 Aw, look at Kelly Sullivan and Alberta!! Look at Alberta's face/eyes-- OMG-- she's like "IS THIS CONNIE OR KATE"?!! lol...( Her lipstick is totally Alberta Red.)


Speaking of... OMG, just end the DID story NOW before it makes me giggle even more. I 'get' the concept and it's an interesting idea for a 'split'...but the execution? Nope. Not seeing it. And Sonny not noticing? Plus the fact in DID cases the person rarely if EVER switches back and forth between persona's that fast and often. It's like watching a ping pong ball.
Well, I guess now that we have that fugly dress to riff on I can laugh about it!

SCENES OF THE WEEK: The best scenes this week were the lighter ones-- and I'm giving a tie to  these: 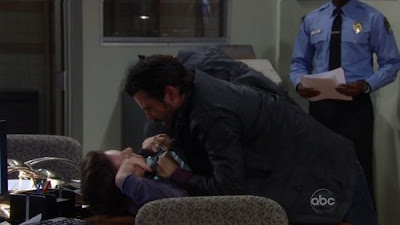 The wonderfully fun Spin-A-Matt fight!! Really great comic timing--funny dialog, you name it. Alexis and Mac added to the beauty of this scene. 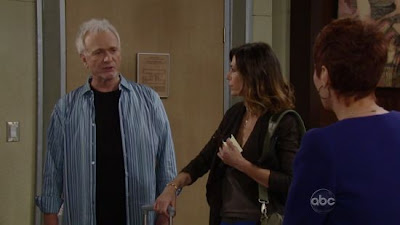 Three's company!
Oh please.. let the THREE of them move in together! Loved Finola's eyes when Tracy was all up in her face. LOL. I bet that just like the scene above, the actors had a lot of leeway in their scripts!! I think the actors are also happy that the lights are on bright enough for them to recognize each other. Heh.

So, what's next? Carly and Johnny-- and Sonny's trial. Maxie's mayhem and weird stories. Starr and Michael. McBain strollin' around town flaring those nostrils. Oh, btw, I also really liked the scene with he and KeMo at the airport. When "John" gave her gum and she smiled and tossed off her line it was the most natural and happy I've seen her in AGES. 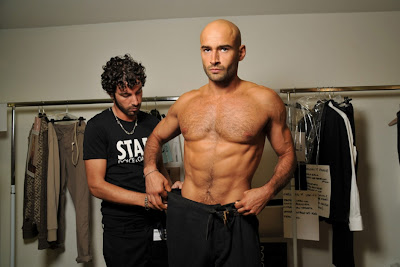 We have the Dolores story moving forward and I guess she's getting a hunky hubby--  Christian Monzon. Mr. Abo-litious Model about Town. Ron and Frank love their abs!! You know he'll be shirtless as much as the Ford Brothers were!

That's all I've got for you. New Spoilers are up.

BTW, I did hear Bob Guza might be coming back--

By kdmask - April 01, 2012
Email ThisBlogThis!Share to TwitterShare to FacebookShare to Pinterest
Labels: sundaysurgery