Oh Crazy ConKate  is on the stand..and I don't get the DA asking if it's KATE'S gun...doesn't he want it to be Sonny's? Or am I missing something!?

@WubsNet he's wearing it under his suit. It's super glued to his skin so it goes everywhere he goes

Sam and Heather! Sam, uh, she's crazy watch the hell out. Heather grabs the DNA test!! WOOT! Sam is trying to double blackmail her! And yes, Heather WAS married to Edward for a nano-second.

AZ shows up to testify! And he lies like a dog...woof! BUT Alexis goes after him!! He says he can see well because he "eats a lot of carrots"! She goes after him with his eye sight. That trial was pretty lame -- where's crazy ConKate?! Hurry up! 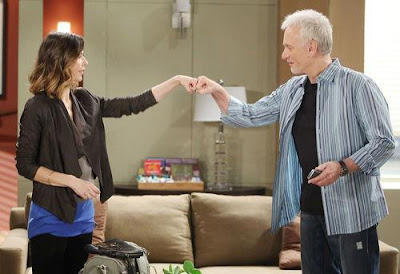 Josslyn was on with her POOH in her mouth!  OMG she's so cute...  Johnny reads her a nice story. Awwww. Josslyn has been MIA so long I hardly recognized her.

The only part of M&M I liked was Spinelli fell through the door. Maxie needs to wear Erin Walton's sack cloth dress. (from the fire, remember!?) 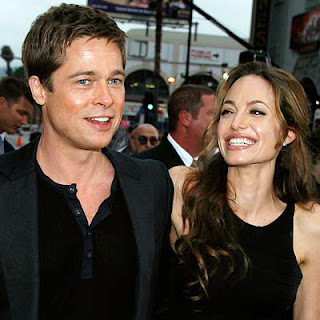 BRAD AND ANGELINA are engaged!! Just passing that along! Not that I care but it IS NEWS!

* that's a Woody Allen quote and Luke used it today
By kdmask - April 13, 2012
Email ThisBlogThis!Share to TwitterShare to FacebookShare to Pinterest