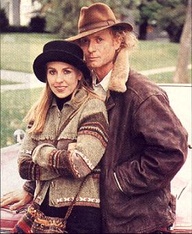 What would Luke and Laura's 'Summer on the Run" look like now?
Very different my friends. Very different.
Instead of that dashing 'Indiana Jones' Look, Luke would have several hoodies at his disposal.


Instead of going out to get countless donuts, the use the microwave in their hotel room to heat up Lean Pockets.

No blanket across the room for "modesty" this is 2013.  Laura has already sexted Luke several times.

Scotty goes to "America's Most Wanted" to get Luke's pic up.

Luke runs out to get an iPad so they can spend their time playing games, watching movies and looking at pictures of adorable cats.

Laura doesn't wear a wig, she gives herself a pixie cut ala P!nk and Anne Hathaway. She can use temporary dye to change colors every other day.

They can't leave on time because the season finale of " The Walking Dead" is on so they postpone by a day.

Laura makes Luke stop at every other Starbucks for her venti carmel soy latte. 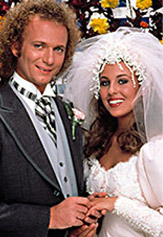 And when they get married?

Laura travels to Kleinfelds in NYC to appear on "Say Yes To the Dress" and doesn't end up with a giant fugly head piece.


By kdmask - March 09, 2013
Email ThisBlogThis!Share to TwitterShare to FacebookShare to Pinterest