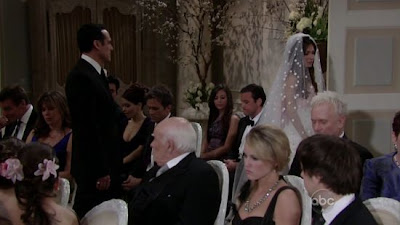 I think Jax looks like he's texting back there! LOL
I won't be here tomorrow, so let's make this a good one!! I should be here Friday--for the BOOM!

Come on guys. Neither Kelly or I said anything about what is coming up on gh. Please stop saying we did because we didn't.
The only rumors that came up were from a few of u and not confirmed from us in any way.OMG--wow.... I guess he was sick  of people saying stuff about the event! I tell you one thing, fans need to keep a lid on stuff or stars won't DO EVENTS ANYMORE! lol  ESPECIALLY if they read things into what they say and start rumors!

A Nancy Lee Grahn event to check out! 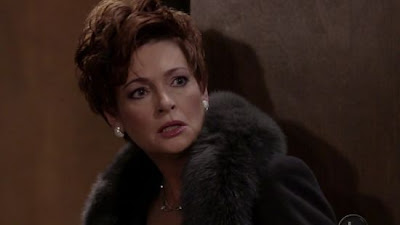 GENERAL HOSPITAL:  Loved Brenda and Sonny walking back down the aisle.

Olivia said Brenda took advantage of Dante!! LOL... It was weird how people just talked about stuff in spits and spurts.
Brenda told Brooke to text Lois photos. Uh, last I looked, Rena Sofer wasn't doing anything, she could have come on just for this!!
Spinelli was fun doing his quotes...
They are so getting into Kristina and Ethan or what!!? AH, I remember the '70's when a girl was over 16, nothing was off limits.  LOL
Liked seeing Scrubs. They talked about their own wedding.


Carly and Sonny, interesting. Carly was just a personality change today. Her sarcasm was over-wrought.


The reception was very empty, btw... there were so many people missing and I didn't see any extras?! Hmmmm. Very boring for a reception, I do hope they have music or food soon. Geesh. Finally they got their dance.  Everyone dancing was nice Still, over all,   zzzzzzzzzzzzzzz.


Where did Diane go yesterday? She was in the office, then..poof!! Weird.

Lulu smack down of Dante! I guess she's mad he lied to  her?
SIDE NOTE: Sam's shoes were FEROCIOUS!

Steve Burton said this on the GH Chat today: Dante's mom looks about two years older than him. How does that work?
By kdmask - February 23, 2011
Email ThisBlogThis!Share to TwitterShare to FacebookShare to Pinterest