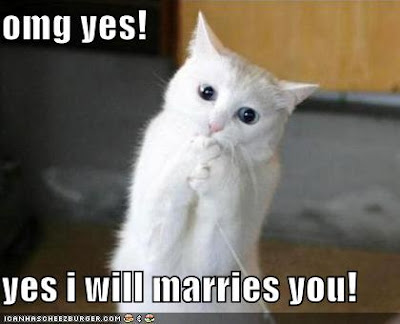 Bridesmaid's earrings are by Kate Spade.
Just thought You'd like to know.


TODAY'S SHOW: Monica!! She said Liz's baby looks LIKE LUCKY! heh... I so miss Leslie. Epiphany told Lizzy to get the DNA test if she really thought the baby wasn't Nikolas'.


HATED Siobhan and Lucky...so not needed to be inserted in there.  "You have a funny accent" he says to her. NO sheeze. I wish they would have shown some real immigration lines/stuff. That's usually crowded and a mess, not some guy saying "oh, by the way, you need a visa" LOL. 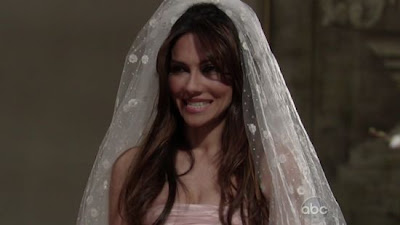 The Wedding was soapy!! Eeeeeeeee! TOLD YOU DANTE wasn't that baby's DADDY!! It was Alesander's baby!!  Although Suzanne knows more than Brenda. Geesh. AND it also begs the question as to why Suzanne just didn't kidnap her ass in Paris! LOL Oh well. I loved Adrienne and Daniel today...they were awesome!!
Sonny was quite mature during the wedding scenes, wasn't he??! He remembered the WIRE in a good historical context.  It was really a pretty ceremony. Dramaz and forgiveness and the Wub..don't forget Da WUB...

Diane is going nuts when she found out about The Balkan!! She was all  dressed for the reception, I guess since she forgot the ceremony time?? LOL. Shawn sure flipped sides easily, didn't he? That was like instant...
Lulu was not a happy camper eh?


In her chat on ABC.COM today, Vanessa said this about  Bradford (Spinelli) and acting with him!
I find myself being an audience member with him - he's just so great. I just stare at him in awe, forgetting I'm supposed to be speaking
She also said she doesn't wear hair extensions, although she's asked all the time about that.
Heidi - I'm still starstruck by Maurice and that's 100% true. Maurice can confirm! My palms sweat, and I worry that I'm ​disappoin​ting him!
Haley, who plays Molly, is like a little Lucille Ball!
READ THIS Article on Daytime Confidential about possible changes coming to the ABC Daytime line up in the fall. eek!

Those of you following me on Twitter may have noticed I was put in twitter JAIL at 3:33 pm. DAMN IT! You can only tweet so much per hour, then you go over and you can't get on anymore. Whoops. I do it TODAY of all DAYS?!! whoops!!
By kdmask - February 22, 2011
Email ThisBlogThis!Share to TwitterShare to FacebookShare to Pinterest