Greetings!  Thanks for putting up with my crazy week. I'm still on the mend and need to see the plastic surgeon tomorrow. I'm very nervous about this and keep freaking out thinking about getting my stitches out and the possibility of surgery. I tell you what, that fall was TRAUMA!!

So, what I decided to do is push forth with the blog and get it done. I've seen most of the week but may miss a few details. If I do, I'm sure you'll let me know!!

All I can really eat are drinks so let's do some smoothies. 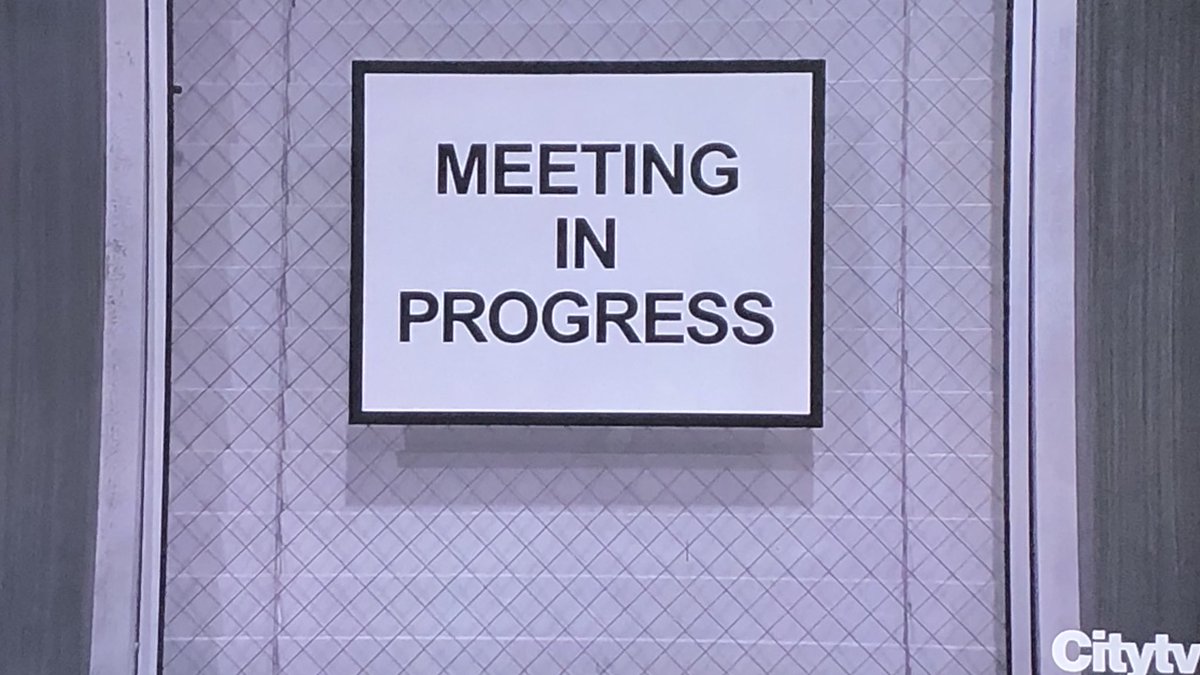 Oh, delicious treat, this was. I so love a good twist and GH pulled one off. Like I said, instead of showing us step by step what happened, they chose to run with the story then backtrack the whole caper. Nicely done. Not only that, it was in Black and White , probably my favorite film technique! :clapping: 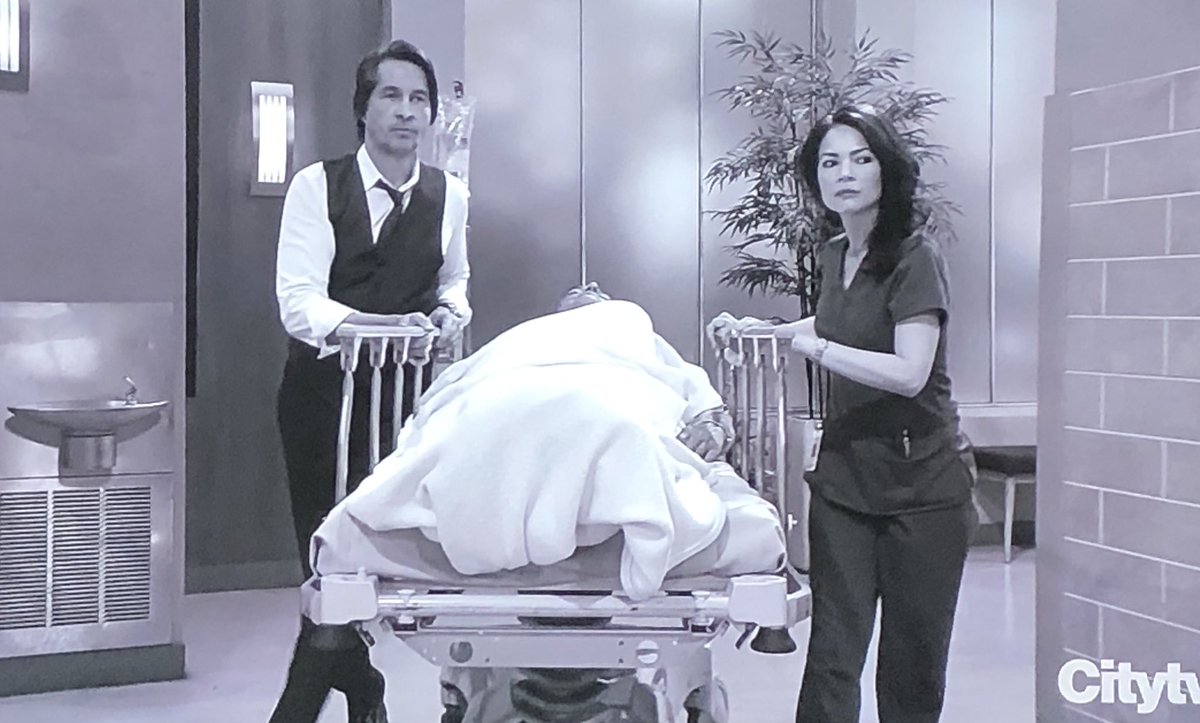 How did it go down? Finn gave Ryan the medication that made him seize.  Valerie was the look out.  Liz and Finn  took him out of the room and hid him in Franco's Art Studio.

Kevin was brought back into Ryan's room as "Ryan". Obviously kept his hand under the covers!  TJ came in to plead with "Ryan" to save his mama. Kevin kept up appearances by treating him with disdain. Stella came in next and berated him. "Ryan" decided to sign the papers.  Neither TJ or Stella were in on the caper so they were witnesses that don't have to 'act' when it comes to telling the truth that they saw it signed by "Ryan".

Ryan was taken into surgery. He was still unconscious at this point. He was still in a coma when they took him to Pentonville where he woke up and found out his kidney was gone. BLOOP!! Everyone will assume he's saying he really didn't sign the papers to plead insanity. OR they'll think he's making up the Kevin-switch to plead insanity. Either way, he won't be believed. 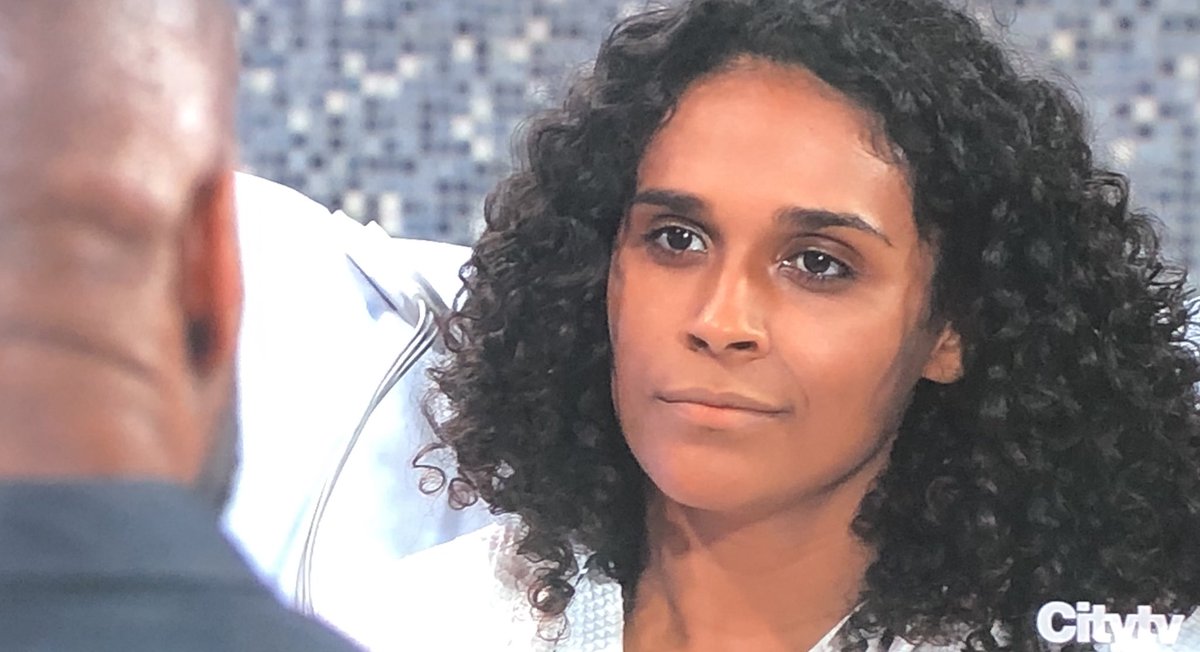 Jordan basically figured it out and knew Curtis planned it. She's not pursuing anything because "there would be no proof". DA is gone and Laura's mayor. That's that! Well, except Ryan isn't dead and vows to come and hunt everyone down!!

Jordan and Curtis struggle with looking at hospital bills. She's been in there forever and given her cop's insurance is probably average at best, this is a great issue to finally address. (When has this show ever really mentioned insurance costs)?? I would imagine that since Drew hit her, they'd sue his insurance to pay for it or just take him up on his offer for cash.

Kim hallucinates that Drew is Oscar in a great scene by she and Billy. Billy was again, brilliant and I'm finding myself so glad he got this story instead of something else! Kim's all ready to have another baby. Were her delusions just due to the height? Will she "see" Oscar again? Maybe a hysterical pregnancy is in her future. Hmmmm.. 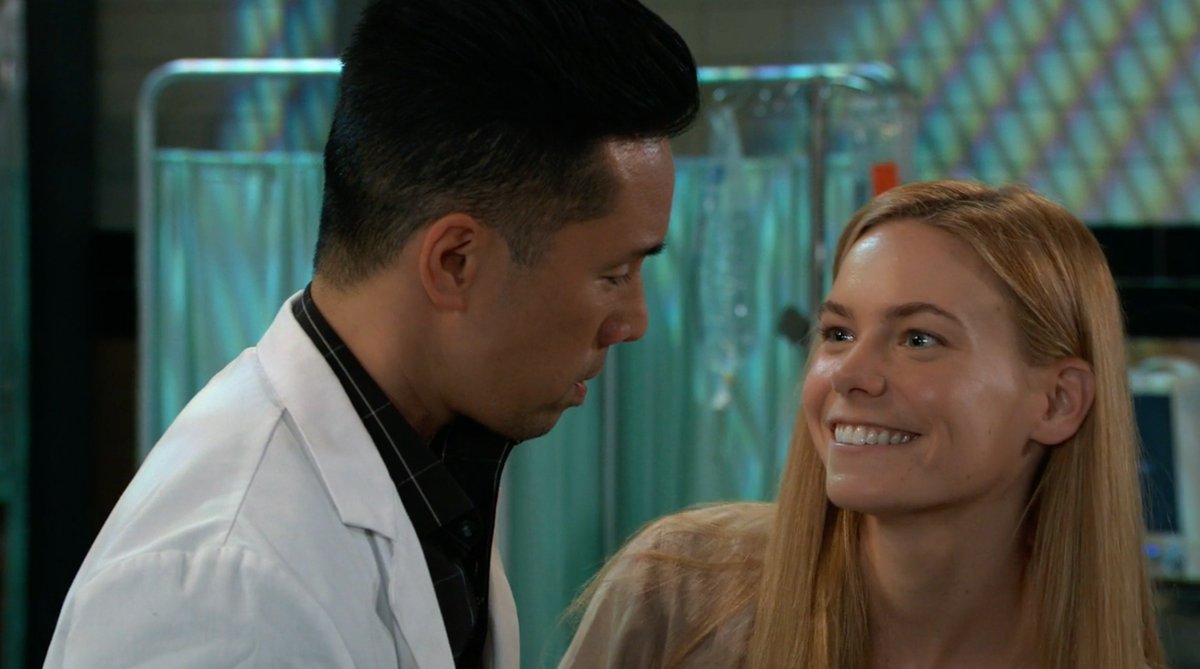 Nelle is knee deep in all this and got to meet Ryan at Pentonville in the process! Brad goes to visit and brings her up to speed.  (maybe some of the audience as well--considering some may think Wiley is really Willow's). He tells her all about Willow, Shiloh and all the rest. What Nelle will do with all the information is anyone's guess. Loved Parry Shen in this scene, he acted so scared and torn-up. Very real. 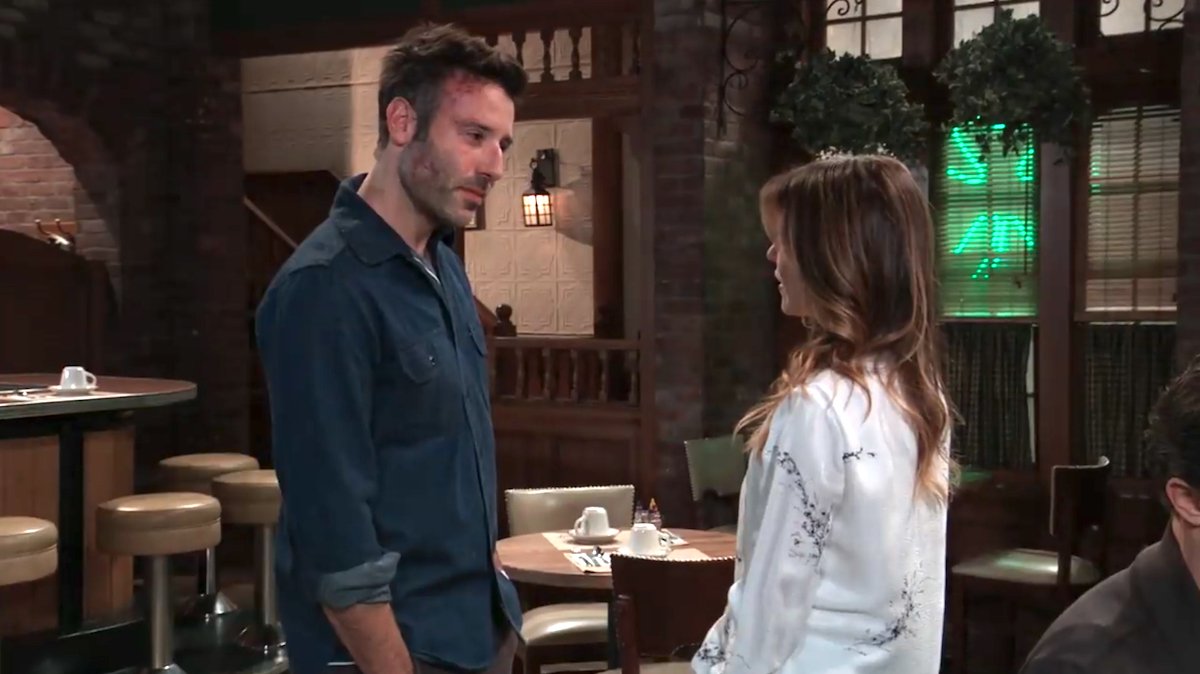 SHANK-- oh he's all 'wiley'  himself, how ironic. Well, not really though. Because it's NOT his kid! LOL. So all this is MOOT. He is taking Willow to court for the Bay-Bay. She's anxious as hell, especially after Diane refused to destroy the records and wanted her to just 'wait it out'.  Shiloh got into Mercy and some fan of his got the info from the computer. Which is exactly why Spinelli should have wiped all electronic records clean. 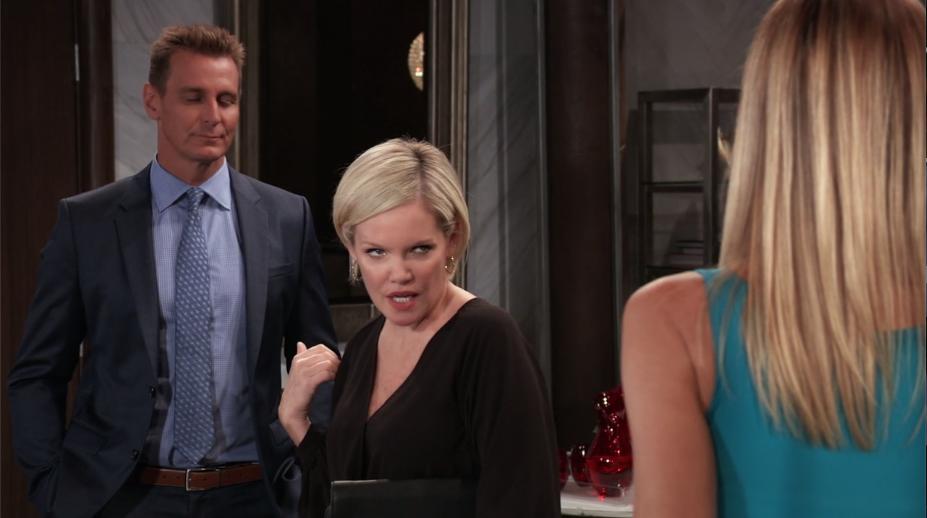 You know I think this story is a goodie. You know Ava being on the cover of Crimson seems delicious fun to me. It didn't disappoint! For all the people crabbing about forgotten history, Jax sure hit Ava's nail on the head!! Loved it. Connie--Morgan. Him saying Connie was killed "Right in this office" and Nina frantically looking around like she would see her body LOL! Ava stormed out. Will Jax get her back? Carly was sure trying to stop that from happening. 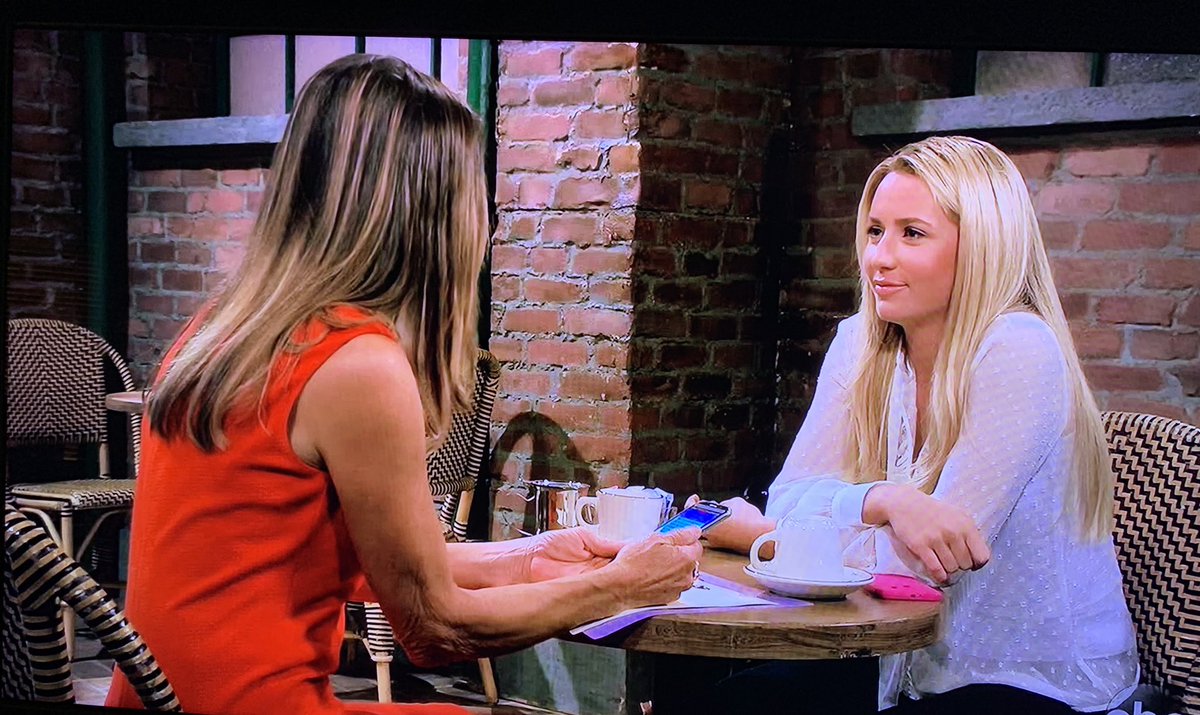 Well, this may be a silly side-story to some but it Maxie pointed to the Port Charles Travel Guide..for haunted tours...so it must have some relevance!  They should hold it RIGHT IN THE CRYPT. Lordy, AJ would come back and get them all!
Plus, Lucy and Joss? Nice new interaction. 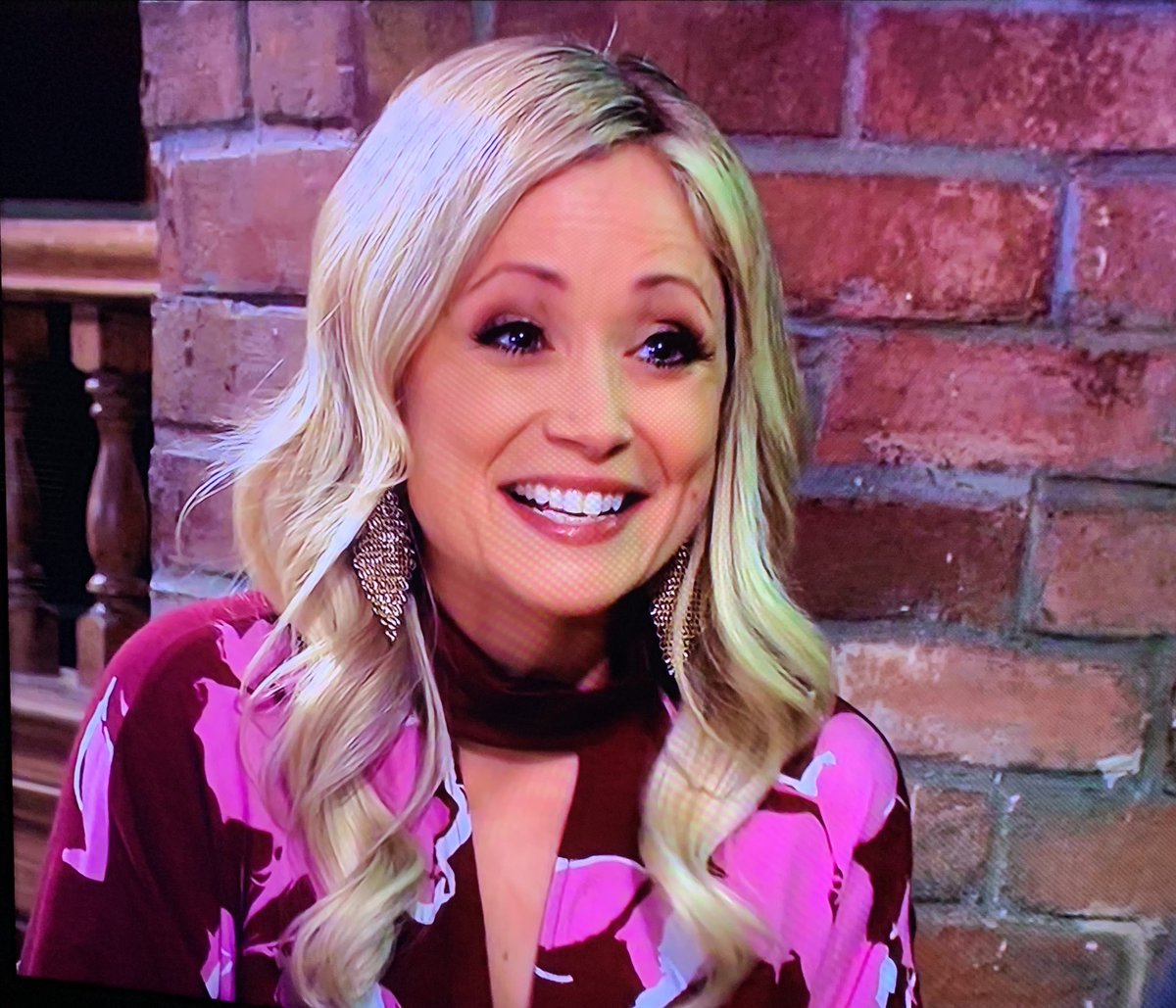 Um, watching Lulu go on dates with randos trying to catch some dude who ripped off women we know nothing about is...um... boring? 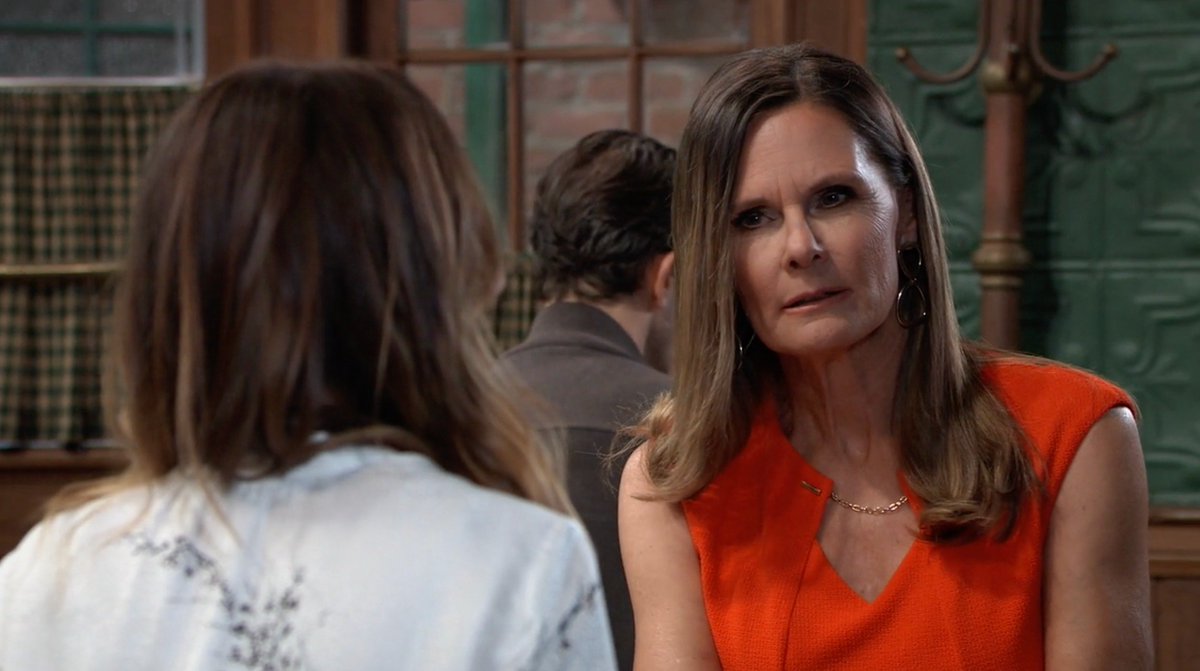 Lucy is selling DA Lady's home. I do love Lucy's job as a real estate agent. Gets her into all sorts of things and is just a good fit. I hope we can see her trying to sell a house one day!
Kidney Caper revealed--the whole truth about what went down to get Jordan her organ
Kim wants another baby--with Drew or.. Julian or??
Carly and Sonny insert themselves into the Wiley situation. Shocker.
Willow has to go to court to face SHank over the baby
Jordan and Curtis face hospital bills
Ava
Lulu's trying to find the cad that stole from women on a dating app
Maxies' still trying to get Dante back to town.
Harmony's wearing an orange jumpsuit to save Shiloh
Alexis is still in session with Dr. Neal and thisclose to kissing him. (I can tell)
Krissy went back to work for Julian
Michael bought the DOD house 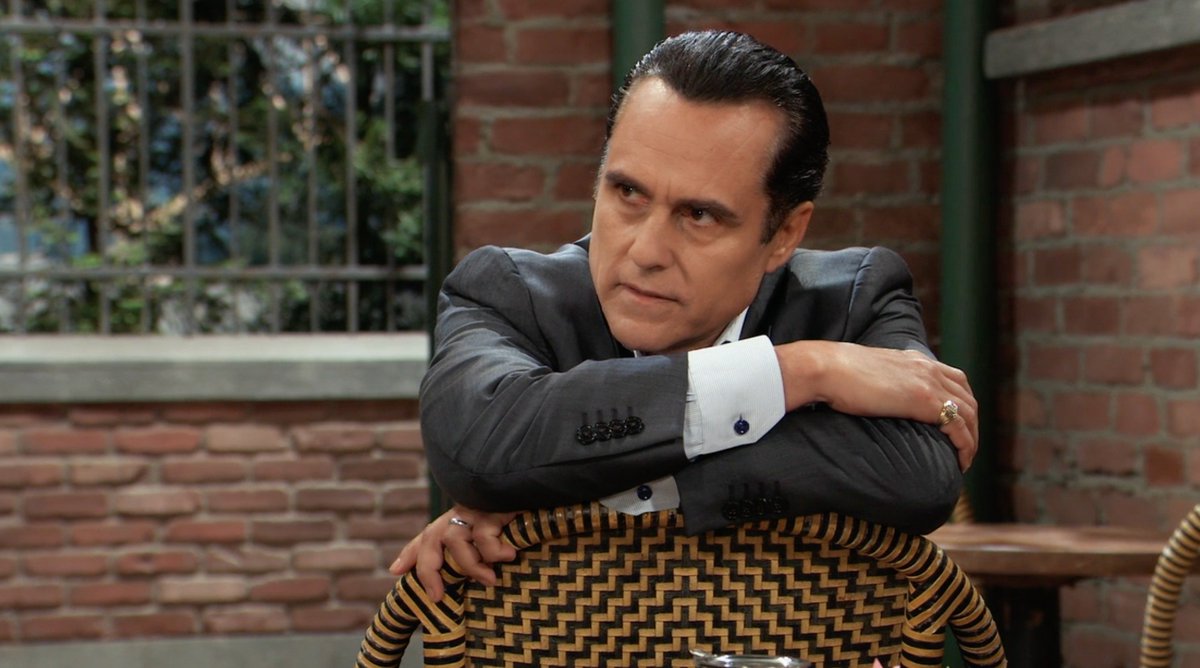 PET PEEVE OF THE WEEK: Sonny sitting down, just assuming anyone wants his help with Wiley. Julian's taking care of things, and Carly and Sonny are treating him like dirt. To everyone's knowledge WILEY ISN'T EVEN THEIR ANYTHING!! Carly's his Aunt sure, but Julian is the grandfather. So back the hell off. I hated how he turned the chair around like he owned the place too. lol 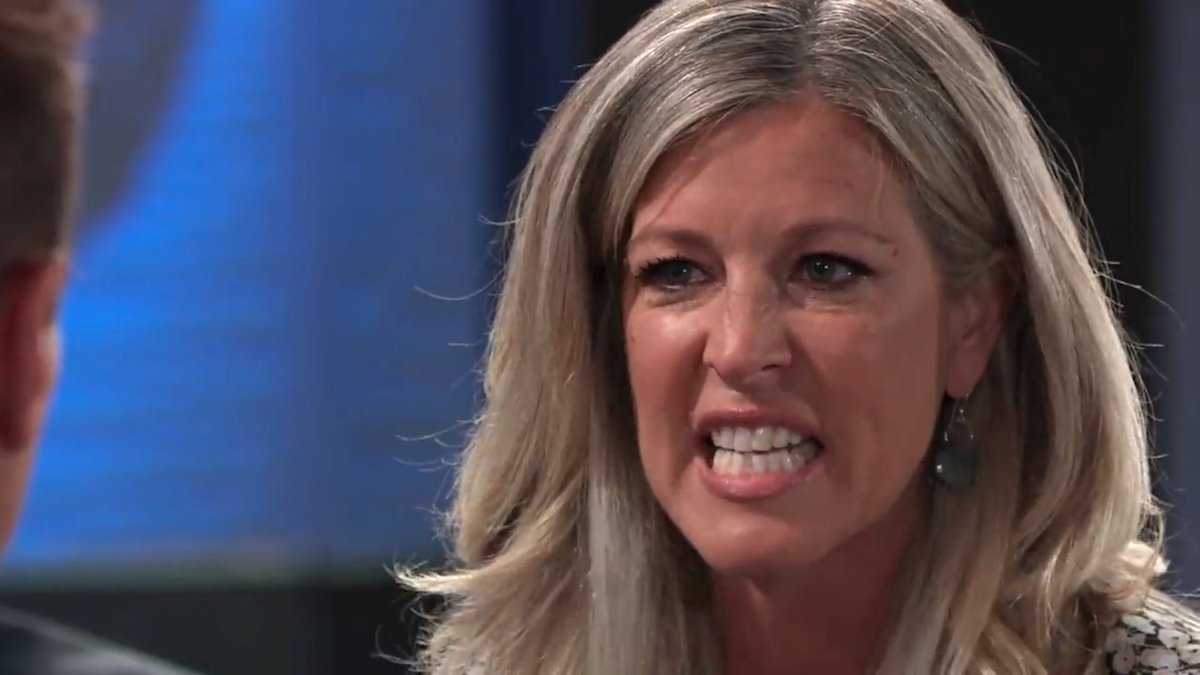 LOUD MOUTH OF THE WEEK: From snarking about Ava to putting Julian down, Carly was sure in everyone's face, wasn't she? Maybe she can give vocal projection lessons to Sam? 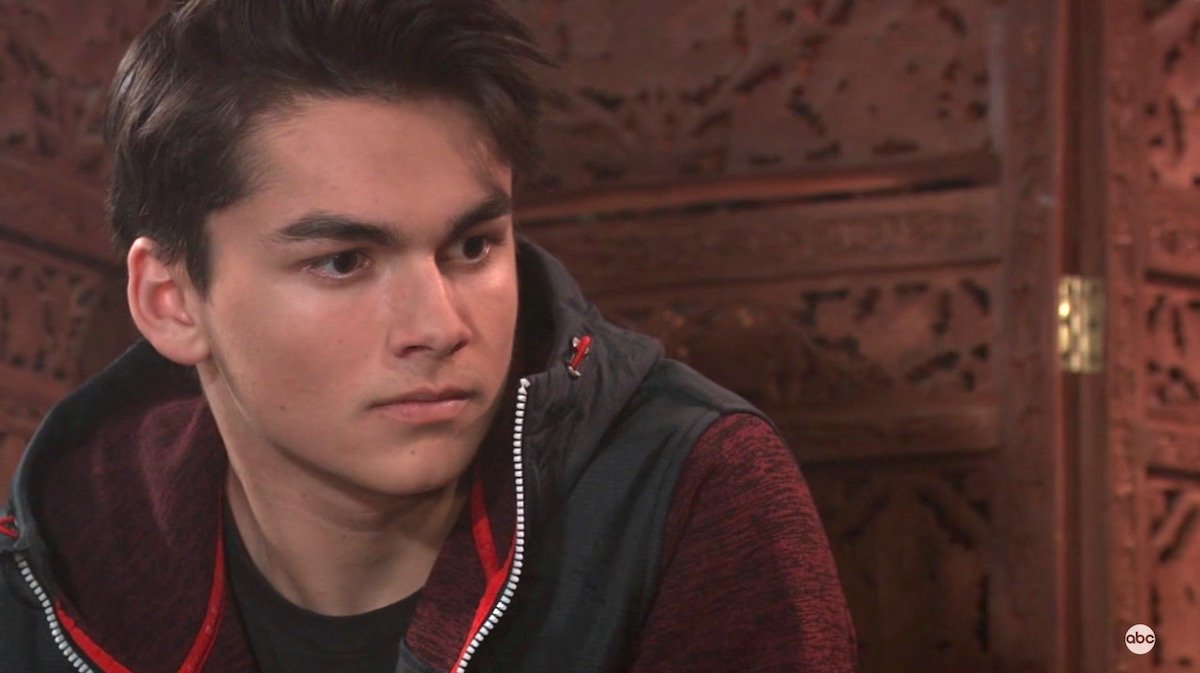 CASTING OF THE WEEK : The "Turkish" Kid "Dev" that Sonny met in Turkey is supposedly coming onscreen. Now, MY notion was to have him on as a SORA'd Spencer (who would remember his face anyway) but in TPTB's wisdom, they think a whole new character is the way to go. :shrug: A Teen Spencer with Joss and Cameron would be spectacular but hey, who am I to say??

That's a wrap! Thanks for reading. All in all a good week for me because I really enjoyed the way the Kidney-Switch was written and revealed. The Baby Story is heating up, Nelle's back for a bit and Ava's being all Diva didn't hurt. Laura's going to ask Mac to be Police Commish! Nod to the past right there (and long overdue). Maybe I'll enjoy this summer's viewing after all.

I should be around this week in and out--depends on my doctor's appt on Monday. You know I'll do my best.


Port Charles book on Seances
By kdmask - June 16, 2019
Email ThisBlogThis!Share to TwitterShare to FacebookShare to Pinterest