I don't often mention the direction during the show or on Sundays because soaps are pretty standard mult-camera fare.  Thursday's show was awesome tho, especially with the Ryan scenes. Can Jon Linstrom stay Ryan-like when Ryan is gone? Somehow?? He's just so eerie and chilling.


This weekend is Canal Days in my town. Unofficial start to the summer. 3 weeks left of school and (hopefully) sunny weather. Not the case lately!! So...my favorite food from there has to be The Meat Ball Truck.  Because who doesn't love a good meatball? Yes, they have a nice black-bean version as well for you veggies out there.

Note: This was a short week! There was no new show on Monday 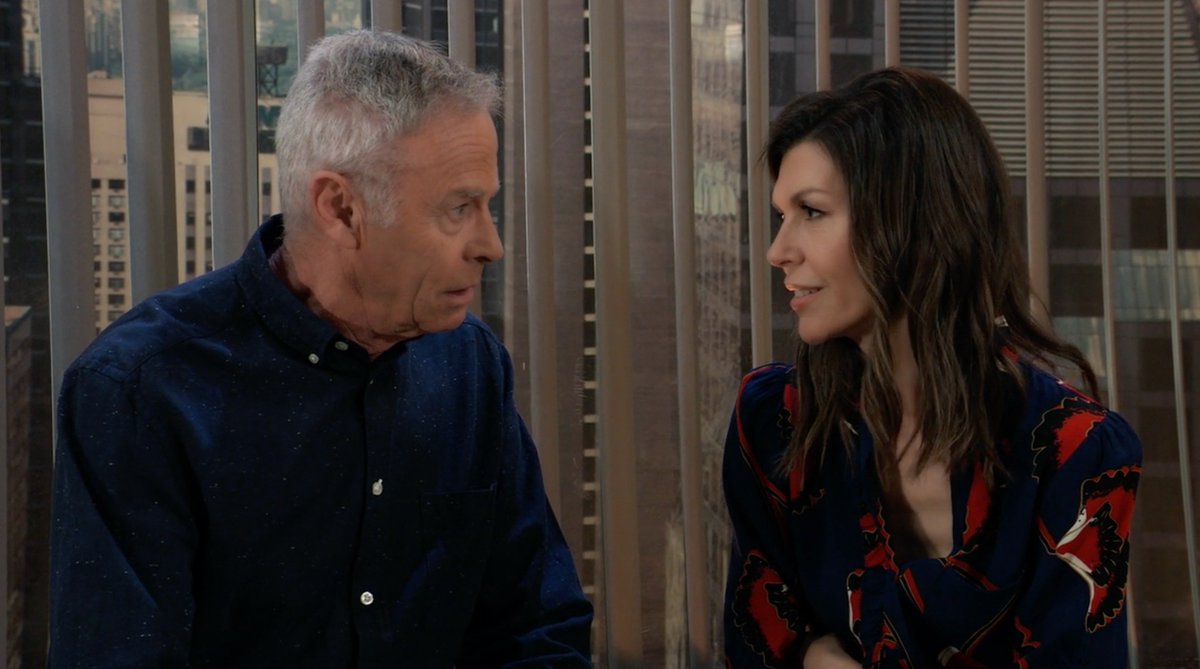 Quite a bit happened this week--mainly to set up the summer I think. Finola took her yearly vacation and is off to "Zurick" to find Alex.  Interestingly enough, Peter's off to find Dante. Can I hope his plane goes down in the Bermuda Triangle?? Danny was aged to an unrecognizable ..um?? 10?? Maybe Jake's age now? Which Ok, I get that I guess.  (I don't really care one way or another--- he's never on). 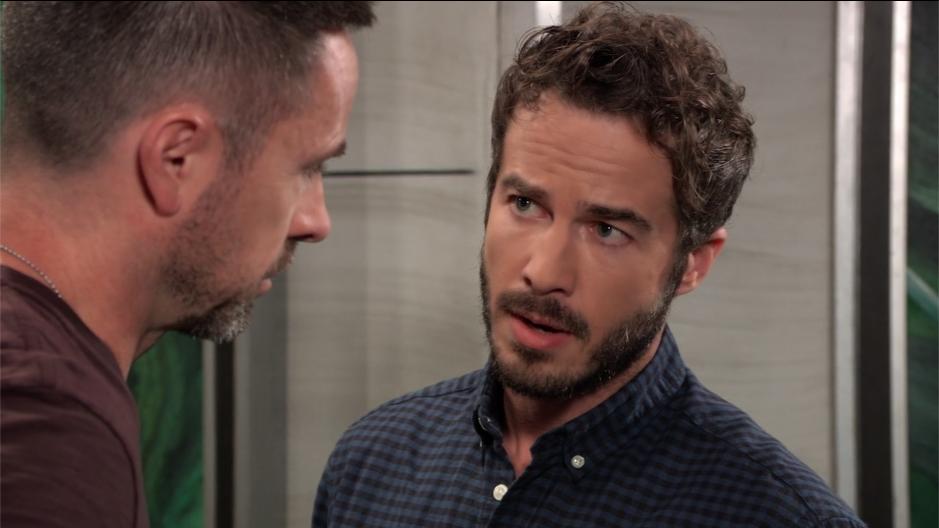 Well, these guys look all Father/Son--no? The Wiley news is traveling. Now Julian, Sam and Jason know that Shiloh is Wiley's Daddy. I think Michael does too-- and if Willow had any female friends, they'd know too. There's going to be a show-down and after that, we'll have the whole "wait, that's not really YOUR baby" factor to play out! 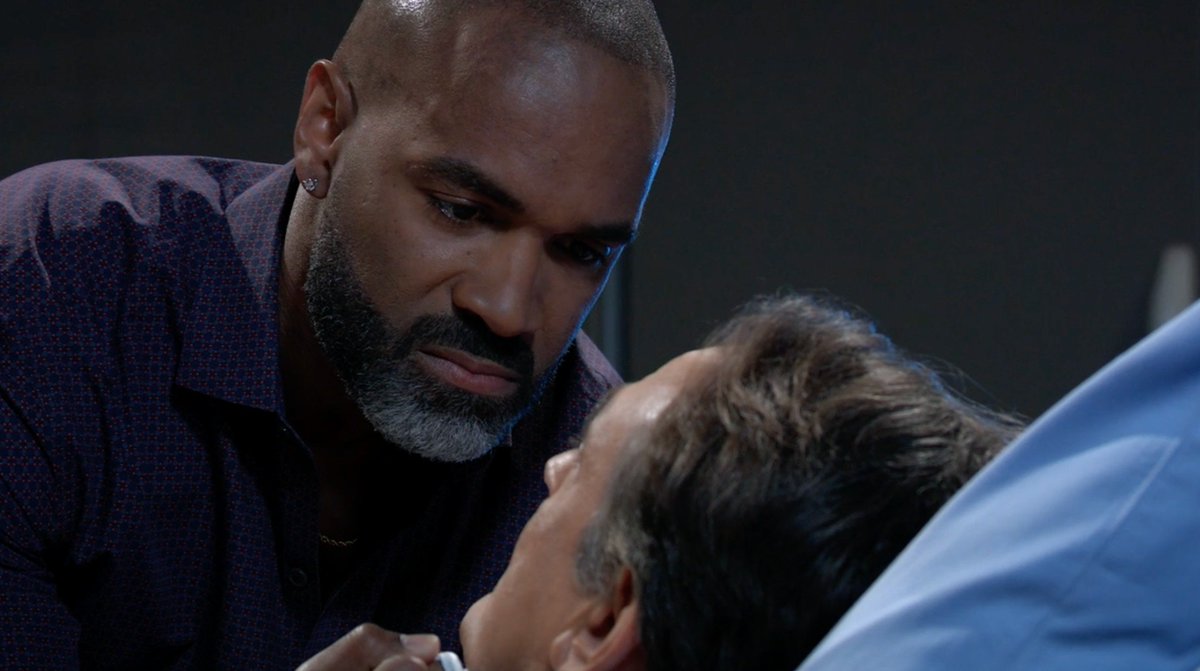 Sort of like Fear Factor, but with a kidney. We all knew Ryan would have the upper hand (HA , get it??) in this --but just how much would he ask for. Well, he wants all charges dropped. Since Canada decided to let NYS take it all, that's a big decision to save one life. Texas has the death penalty so Laura is hoping they can bargain with that. Hmmm... we shall see.

We sat through a fair amount of this. Sam got in his face for what he did and got out of him where the envelopes were with the pledges. JaSam did recovery and got out everyone's including Kristina's which she burned in the fireplace. They also got out the DA Lady's --which Jason gave to Sonny.  Sad Fact: We never got to see Sam's tattoo. 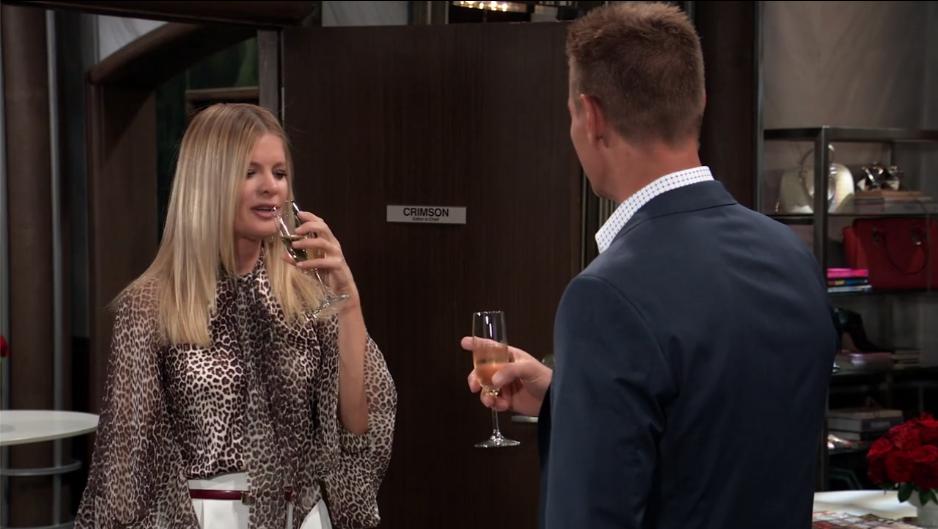 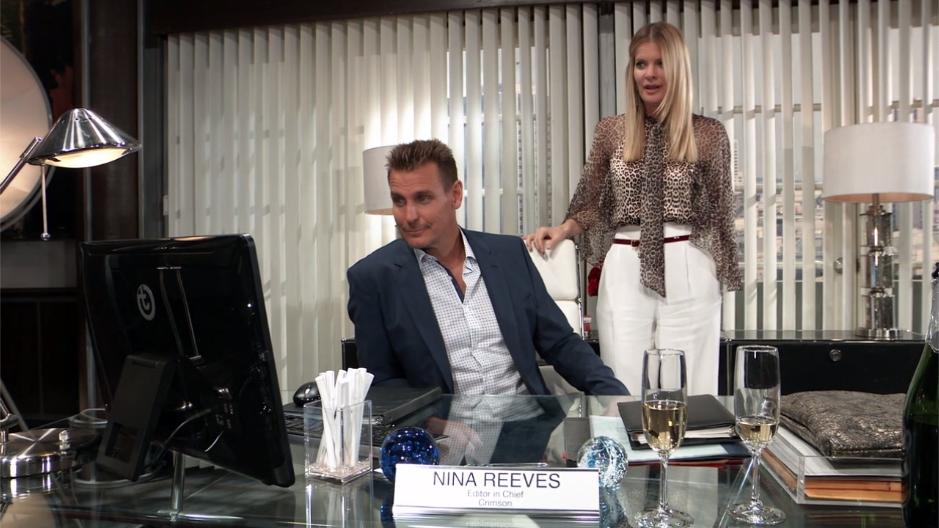 Oh Jax...you come to town, woo everyone with Champagne and buy 1/2 of Aurora!! Yippee!! Good use of Jax ..and he and Michelle are so good together. YES, I KNOW--she's leaving soon for YR. I think the new actress started taping last week. Sort of sad because I wanted to see MS's take on finding out that Willow is "Her" daughter. 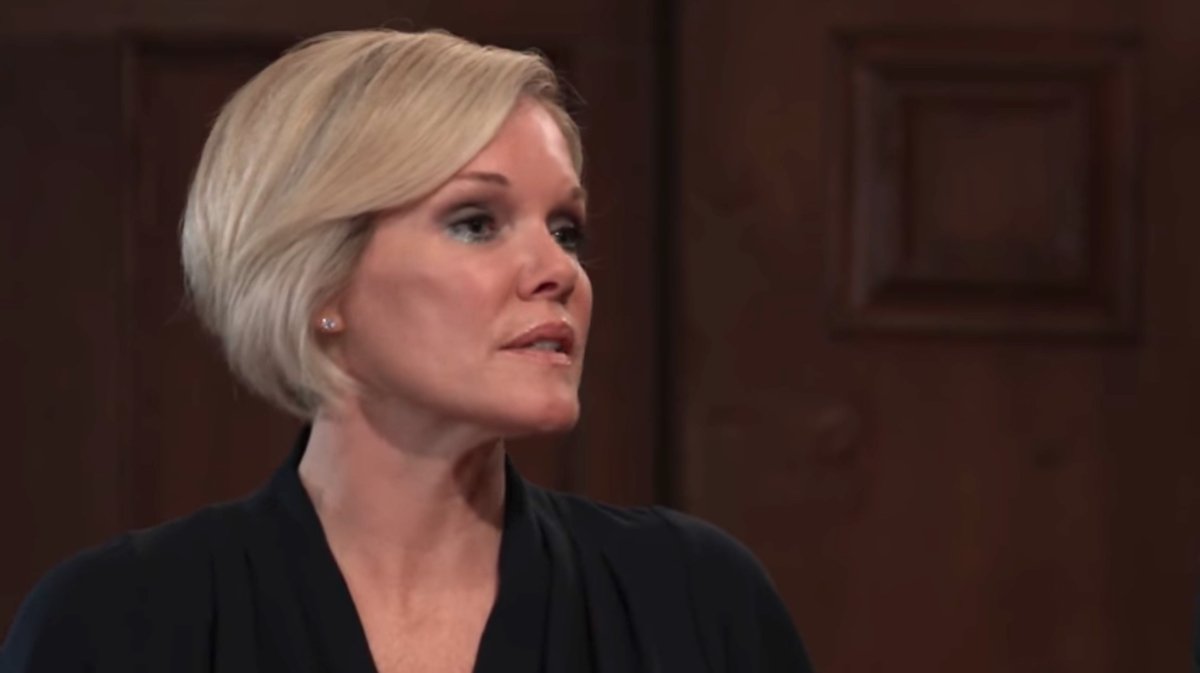 Ava pleaded not guilty, manly because she wants to be able to be free to off Ryan. Guess what? She did get bail--and made it. What's $100.000 when you're ready to knife someone again? BONUS: Scotty was his usual funny, crotchety self. 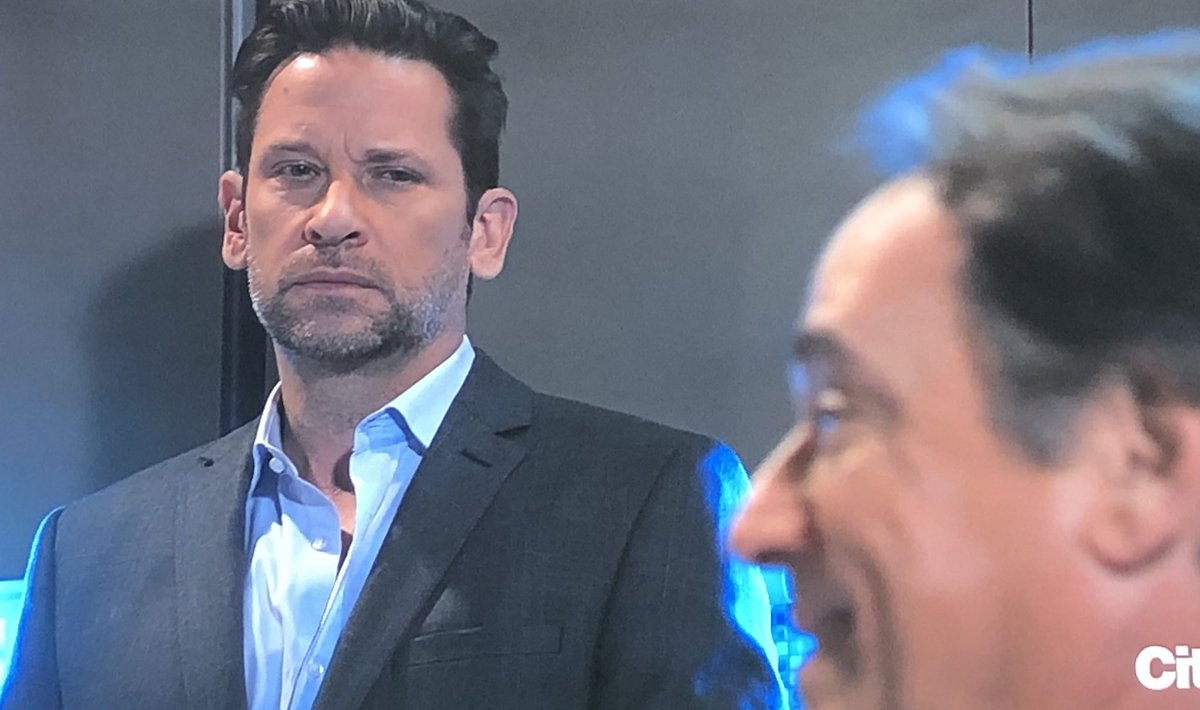 What do you get when you put 2 serial killers in a room? Not much, apparently. *sigh* so boring. Franco was being all rationale and Ryan wasn't really grinding the fact he killed Kiki enough. Boo.

Did you know that now Danny and Kiki's birthdays are on the same day? Oh, and get this. Danny was at the Q house where there was a party for him...but neither of his parents attended! Yep. Scout did manage to sleep over night so we didn't have to see her. 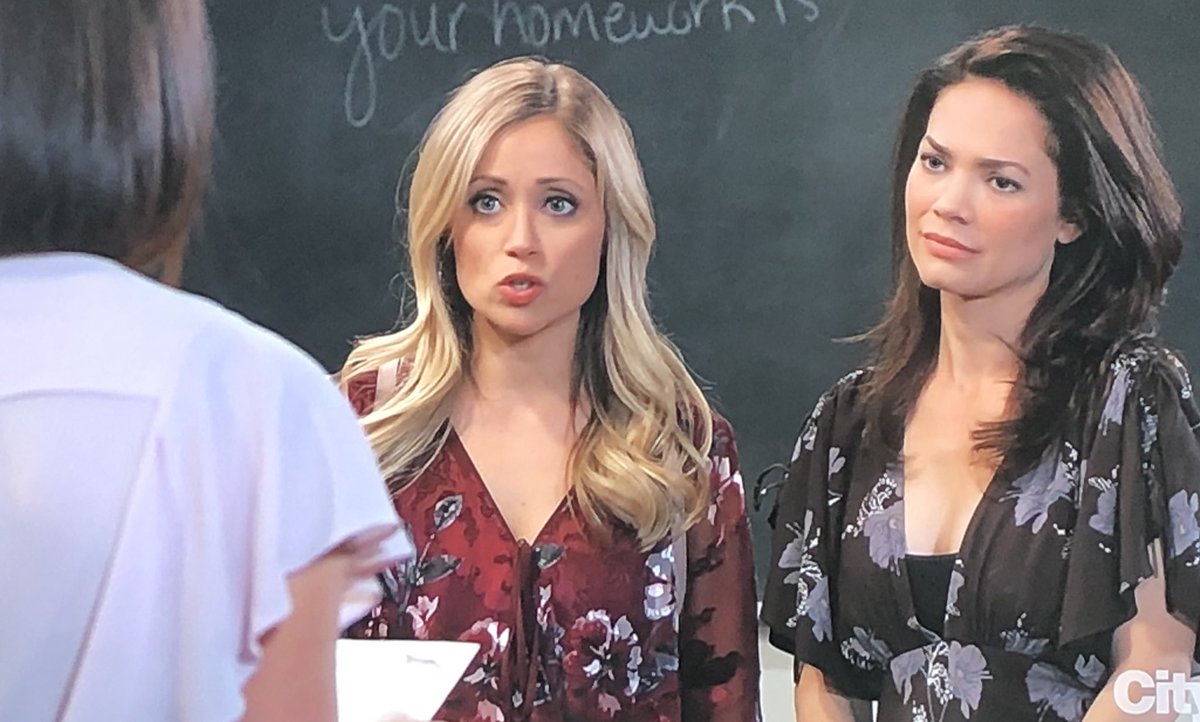 Lulu and Liz love Willow so much they went to the principal to get her back on staff. Will it work out? Wait until Nina gets wind of it and crushes those two pip-squeaks under her heel!

Laura told Jordan that she wouldn't let her retire and she would hire an interim for her job. I of COURSE am hoping for Robert. Squee! Maybe she'll hire Curtis tho. He was a cop. It would be a stretch but she IS the mayor. 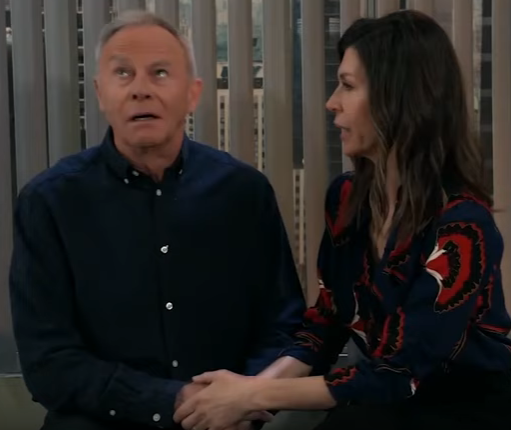 SCENE OF THE WEEK: Has to go to Robert and Anna. Such a great thing to see two people that had a long history talk like adults!! The original actors too. *sigh*.  Plus, he hates Peter so win win for me! 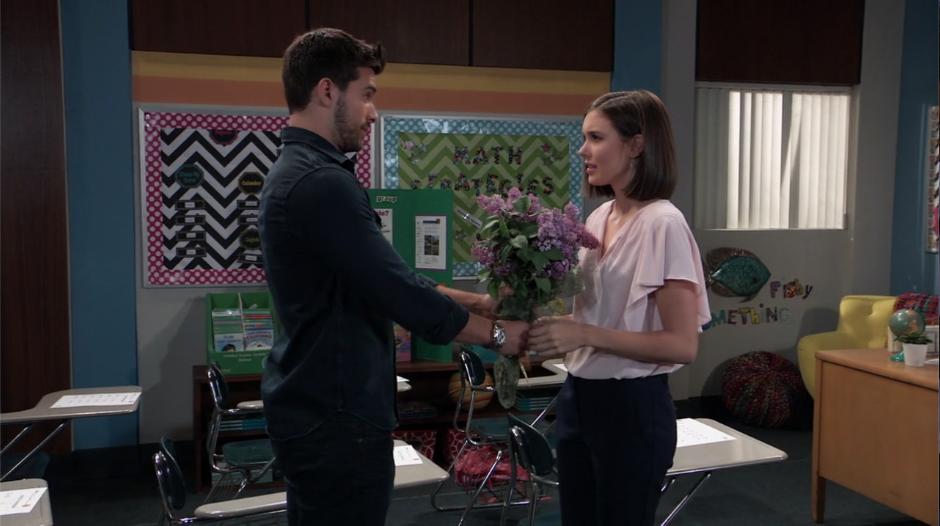 FLOWERS OF THE WEEK:  Chase gave Willow Lilacs which are THE flower of Rochester, NY (Port Charles) -- and they are in season!! Kudos to whoever got that in there! 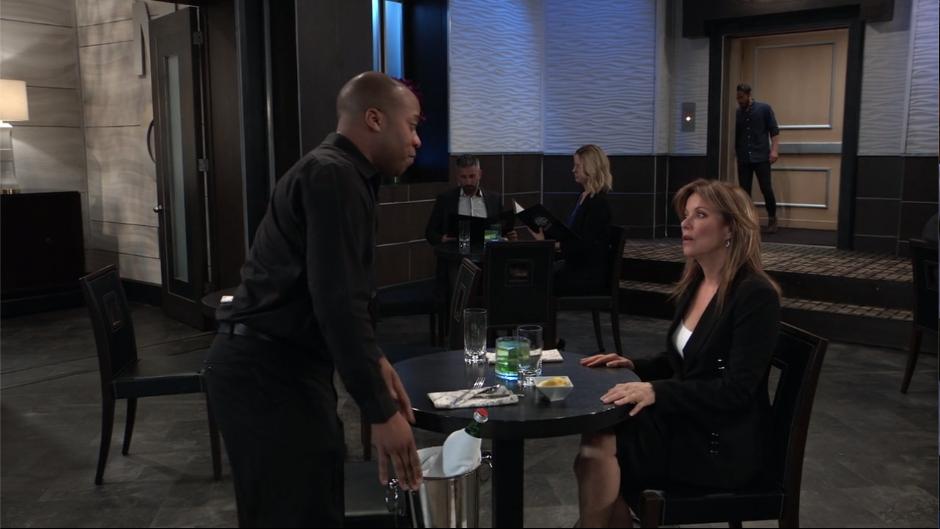 EXTRA OF THE WEEK: Dorell Anthony who's on twitter has been on GH on and off as an extra an this week had some lines!! I love this! 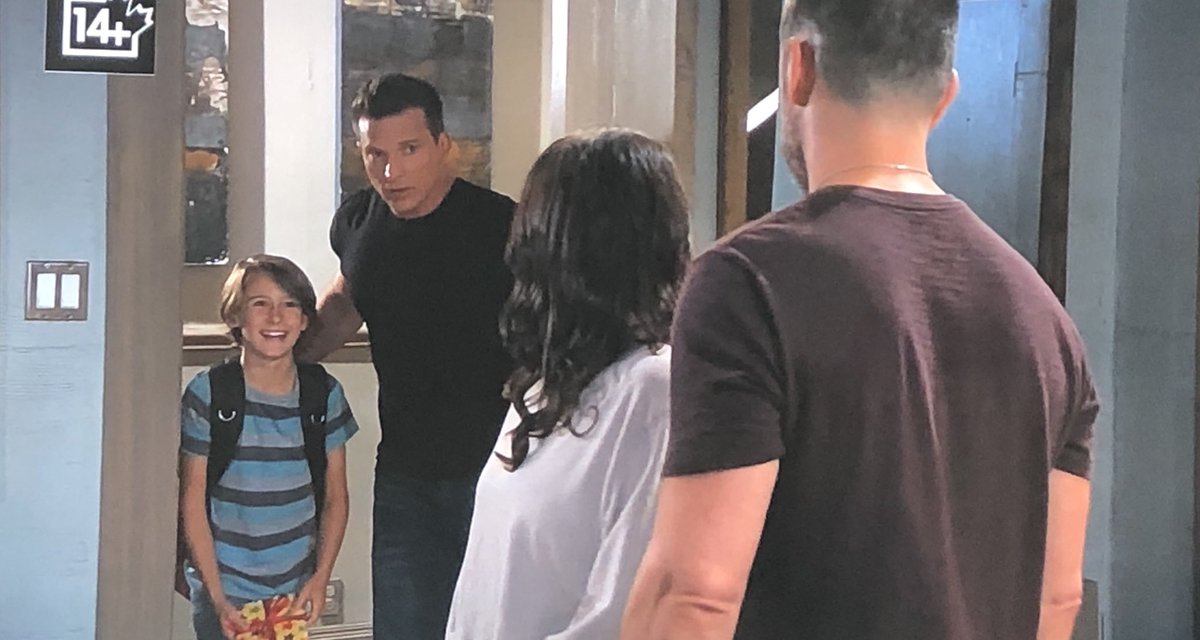 SORA of the YEAR (So far) : Geesh, Danny.  You got big.  PS. Maybe they forgot he was SORA'd because Hot Wheels? Um, that kid wants a Switch!! 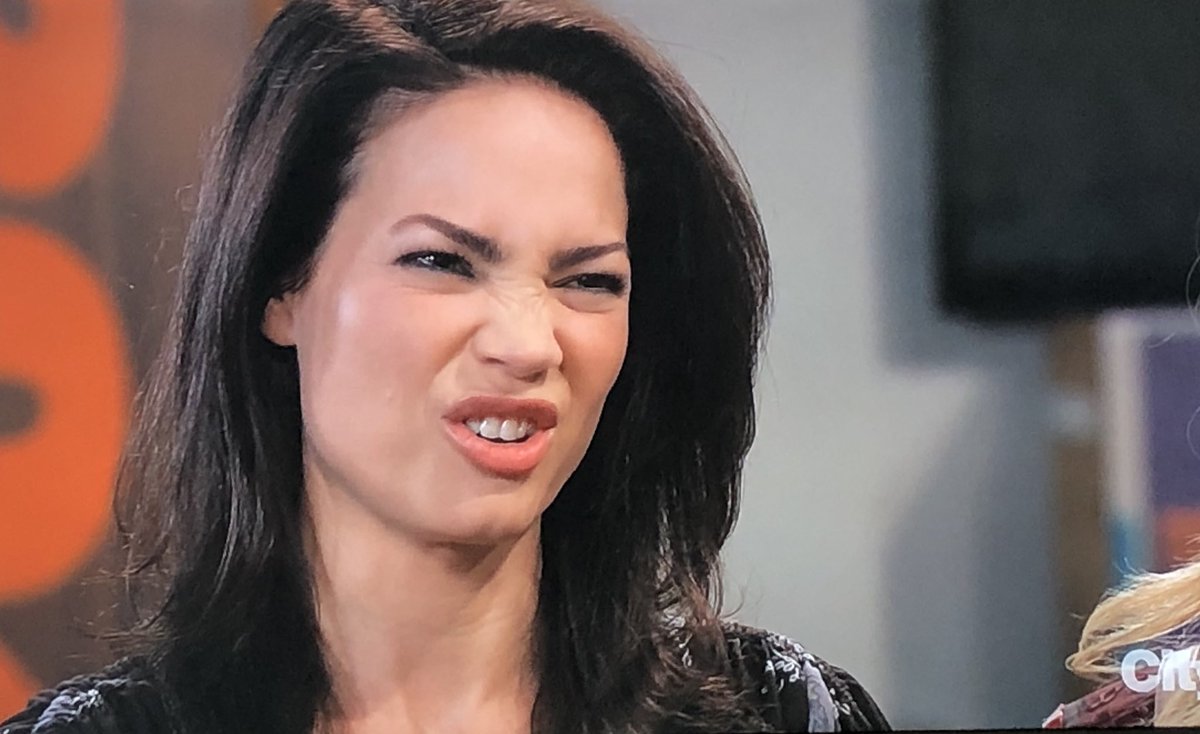 FACE OF THE WEEK:  Not sure what was going on here but it's hilarious!


That's it kids!! I guess the summer stories will be-- Baby Wiley, Nina/Jax-- maybe some kid stuff? The Demise of DOD? Cam and Joss should feature a lot I would think. Carly's Baby drama?   I haven't looked at long term spoilers so I probably should get on that.
Hope you have a good week.  I have 3 more weeks of work, then Summer really starts!! WHOOT!!