The History of Us


Ok. So. Looks like there was some dust-up today on Twitter after the wreck-mess of a dialog aired today on GH.
You know, the one...between Laura and Holly? Yeah, that one. The one where it seems now that EMMA and TONY forgot about their history on the show. Emma Samms tweets:


Emma Samms ‏@EmmaSamms1  2h2 hours ago
Big confession re GH. Tony & I couldn't remember the Bill/Holly thing so changed line. NOT fault of @carlivatiron or @valentinifrank

This was tweeted after Ron screen capped  his script for us to see that it was, indeed "in there" that Holly  had a relationship with Bill "in a fashion". (They had a full on rager of a relationship but hey, that's splitting hairs).
SO..according to all involved, Emma changed the script because...they couldn't remember what happened. Even though the head writer wrote it.
Ok. welp. Let's accept that explaination. Ok? Let's say..ok-- no problem. Forget the whole Bill and Holly 'thing'.

Only, guess what.
Holly and or Emma or whomever ALSO seemed to forget that Holly WAS THERE at the ranch when Luke came and yelled he was going to be a father.
She actually cheered.
Want to watch it? It's at the end, but the whole thing is glorious.
Some awesome person (@msNonoESQ)  in my timeline found it for me:

I love this clip--when they talk about baby names. Squee. It's my Luke and Laura!! But...then you know, Guza f'ked things up and made Ethan Luke's son and not Robert's, throwing an wrench into this happy memory.
So... I actually did come to not really 'care' that Luke went to HONG KONG when he was so in love with Laura and slept with Holly. Whatever. I just pushed it away. Like I do a LOT for this show.

But then, we get the scene...the one between Holly and Laura addressing all of this and what.
WHAT!! WHAT??????? Holly says she didn't know about Laura--or Lucky. Hello--this was a HUGE deal for all of us. This scene with Laura and their impending baby. The phone call to Ruby.  Awwww.
Oh, and  something else.  Robert actually told Holly that Luke and Laura had a baby boy later on. Named Lucky. But, hey, who's paying attention. Just us oldsters, that's who.

SO! There's all that. I'm not even going to speculate on what happened to the "I don't know Bill" line. I have my ideas but the point is moot. I am going to weigh in on the huge F'k up of the OTHER part though. So, here it goes:

You all know I've watched GH forever. Most, if not all of my friends "Grew Out" of their phase with Soaps. I actually like the genre though, and have stuck with it, blogged about it and bitched and celebrated with the rest of you all.  We are fans. Probably some of the first 'fandoms' out there. We get bashed, made fun of, you name it. You have no idea the number of rolled-eyes I've lived thru if anyone finds out I actually blog/tweet about GH.
Yet, I endure.  That's what passionate fans do.

We also remember.
Like Elephants. Like The Vault. We remember. Sort of like reading your favorite book in the whole world. The one you love to pieces. Someone comes along and writes a sequel and goes "oh, just forget that stuff you knew and really took to heart...it's not important, here's your new reality. Deal with it".

By the way, when I was watching those scenes real-time I DID NOT HAVE A VCR.  There were no reruns. Our "reruns" were when we were lucky enough to get flashbacks!
I never saw them again until You Tube.
WE remembered them!! I remember so much about GH in those years, I can't even tell you. Lucky meeting Ruby for the first time? Yep.  Things like that stick.
Did I forget the Diner didn't blow up? Yes, I do admit to that..thought it did. Things that matter though? Like an entire relationship storyline or a pivotal plot about Luke coming back from his adventure with Holy and Robert?  You bet. And I'm callin' you on it.

This Luke send off is thin at best. The beginning of the story has been lacking in just about everything. So when you get that much history wrong on top of it all,  people are going to bitch.
Call me crazy. Call me picky..call me whatever. I want a good story. And if you are sending a giant legend off please, for godsake, do your homework.

That's all.
By kdmask - June 30, 2015
Email ThisBlogThis!Share to TwitterShare to FacebookShare to Pinterest 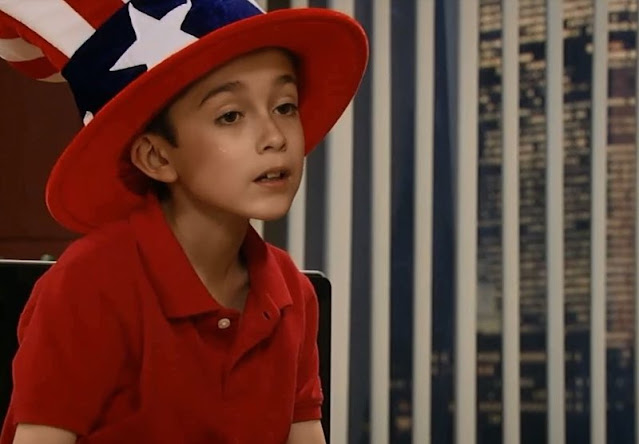