Nina saw Ava's post the night before about divorcing and throwing her ring on the floor. She shows up at the gallery to share wine with her but Ava is hung over. They leave to go to the grad parties.

Scotty and Dr. O meet at the Metro. He's going to Cam's party. Dr O wants an invite. She gets it!! whoo hooo!! He's taking her. 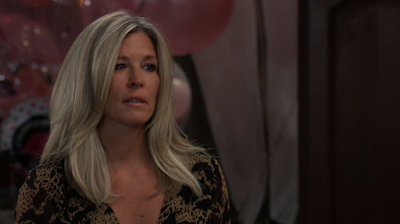 Britt's in her room, gets all giddy about Jason coming over. Takes a shower. She cleans the whole room and orders room service. Puts on a zexy dress and waits. Jason comes over. He looks really upset. He tells her he's marrying Carly. She laughs and then says "You don't joke". He says they decided it would be best for the family and for them. She throws him out. He won't go. Says he'll be there for her during her illness. She is like NO way, no pity. Says she should have known he and Carly would end up together. Good scenes.

I kept up with the Canadians!! So someone broke into the Gallery and Trina was there. Nikolas calls the police. Ava tells Nina to bring Mike to Port Charles.

By kdmask - July 01, 2021
Email ThisBlogThis!Share to TwitterShare to FacebookShare to Pinterest