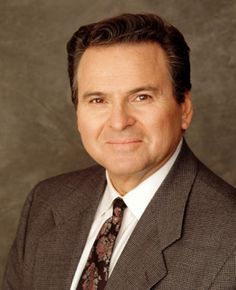 TV characters, for the most part can be one sided. A cop will be seen in the station and not always anywhere else. Same for firemen, detectives, teacher, etc. But the beauty of a soap opera character is that they hold many hats and many roles if they stay on the screen long enough. And Stuart Damon played many roles with just one character and he did it brilliantly. Son, Brother, Husband (more than once), Doctor, Patriarch, and more. He got to play the role in many different angles and it always brought something new to his performance. The show knew his strengths and played to them and let him shine in the role. And he did just that.

When looking back at his work, there are some scenes that will stand out more than others. Who hasn't seen the wedding to Lucy with the red dress? We want to remember some of his scenes where his performances may not have been the most popular, but were poignant and memorable nonetheless.

This was the storyline that gave him his Emmy for Outstanding Supporting Actor. Watching this scene, it is easy to see why. He nailed it.

Revenge on Rick and Monica

Monica was having an affair with Rick. After Alan Jr. was born, Tracy was trying to convince him that Rick was the father. Out of anger, Alan was going to get revenge on them, but realizing that he would be the prime suspect, stopped the carnage. This is what they call "old school".

Now here is a scene you don't see every day. Who remembers that Alan and Bobbie almost got horizonal? Alan and Monica had some epic fights, and this one was really well done, mature and brought up some good points. Really good scene.

In the Land of Oz

This is Karen's favorite. And rightfully so. I so wish actors got to stretch there chops and have more fun once in awhile. Sure, we get the nurses ball, but its people singing into a microphone now. This was one of the best, hands down.

This would be Dave's favorite. I was spoiler-free for the 50th anniversary episode. I had no idea this was coming, and so glad it did. I suppose this was meant to be a little "closure" between Monica and Tracy, but it really would have skyrocketed if Lesley was there. It was great to see everyone again though, and as always, the acting was spot on and the best it could be.

Thank you to Dave for putting this together!! WOW.. what a great trip down Alan Q lane!! He was such a character. The only thing I would add is a nice Lucy/Alan wedding photo: 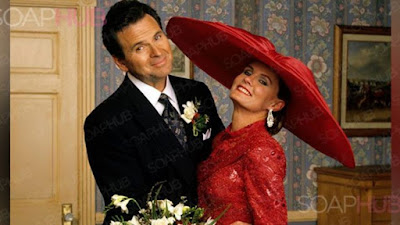 Note: There WILL be a tribute episode, it was announced on Twitter. Not sure when!!

By delcodave - July 03, 2021
Email ThisBlogThis!Share to TwitterShare to FacebookShare to Pinterest 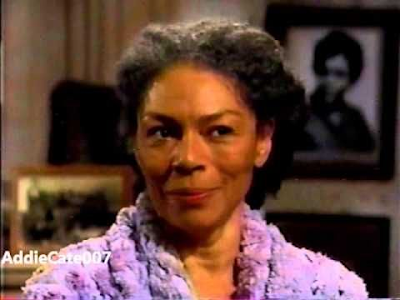