Sunday Surgery: Had A Ball

What a week.. I am happy to say I loved almost every minute!! Yes, I did. From Monday's memorial to Friday's Nurses Ball, it was really a pleasure to tweet and blog. So, slap yourself and get ready to read a positive blog again this Sunday.
Scary, ain't it?

Grab your champers and get reading!

Monday's show took me by surprise. I missed Friday's previews and I'm honestly glad I did. Sometimes it's just more interesting not to know what's coming.  The impromptu gathering that was initiated by Ned and Olivia was just perfect. Remember Oscar talking to them about it? Both Wally and Lisa were such great picks to do this. Ned with this Q connection and Olivia with her Bensonhurst heart, just melted mine. 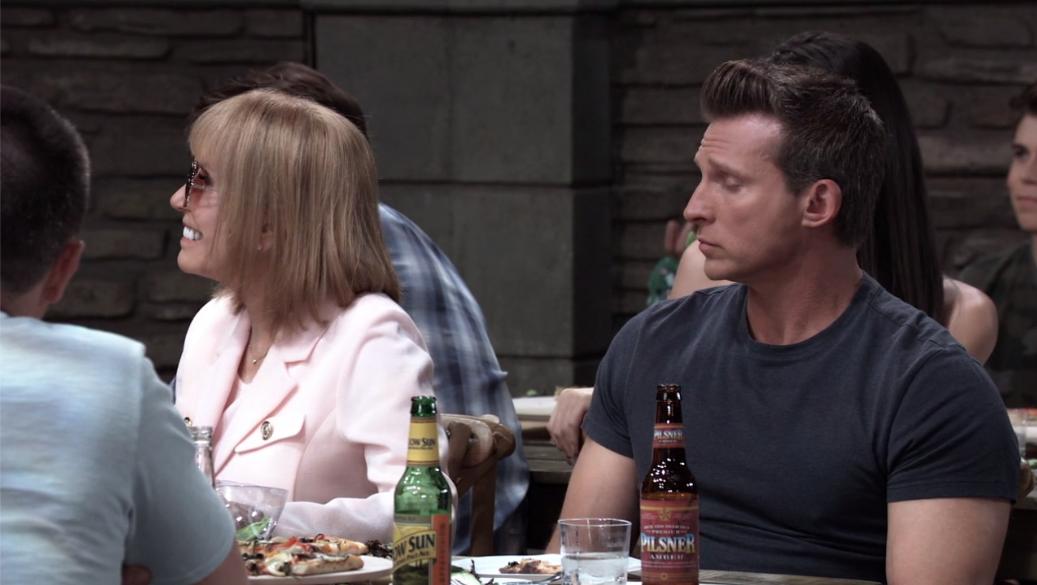 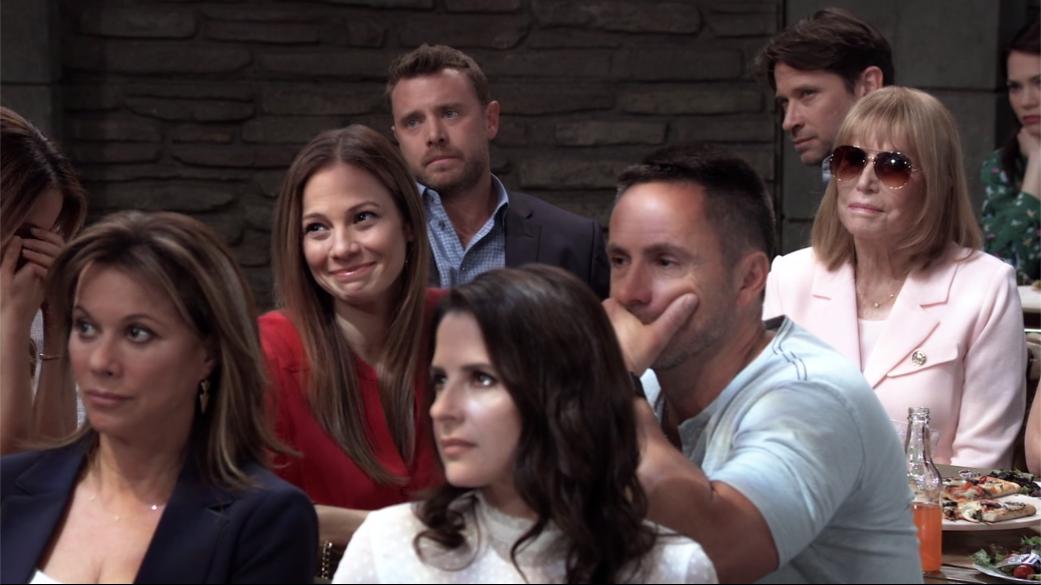 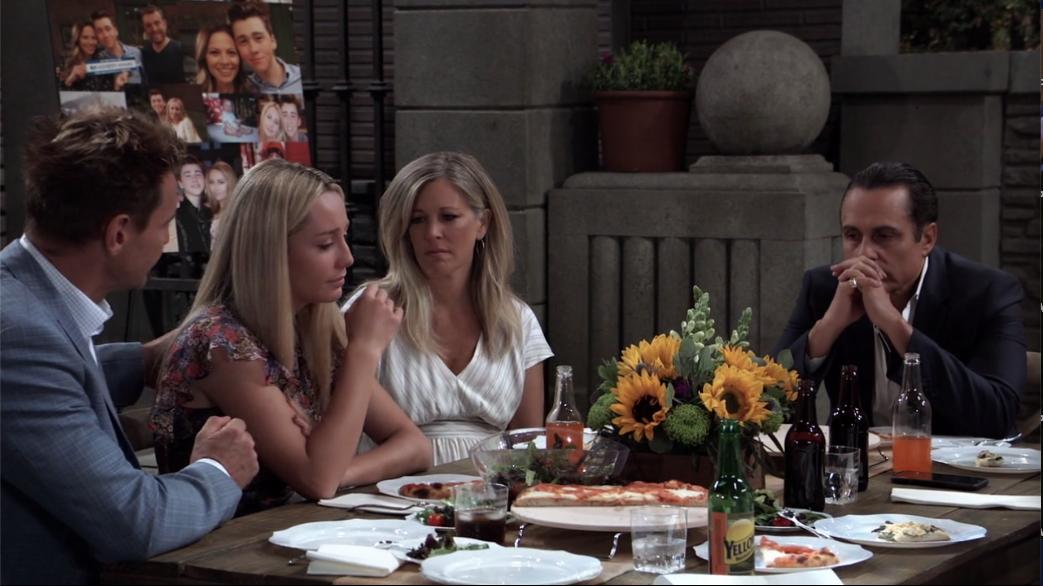 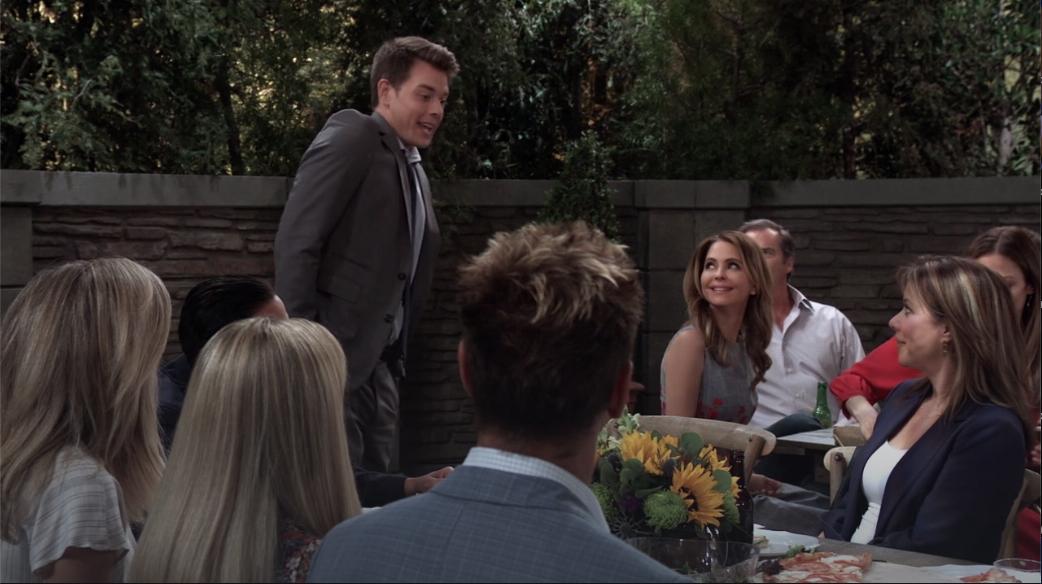 Oscar was not liked by many (twitter shredded him on the regular) but out in non-net land, he had his fans. A lot of people were just angry he really died, hoping for an 11th hour miracle. Nope--way too soapy not to let him live!  The memorial was packed with characters (about as many in a room as we get for the Nurses' Ball) and speeches that gave me the tears.  Note the placement of Joss--between Jax and Carly and Sonny at the end of the table. good touch.

When Drew stood up I lost it. Billy Miller again delivered such a powerful  performance I had to reach for the Puffs Plus. I really cry-cried.


Red Carpet: My favorite part! SQUEE!! Chandra was on as a therapist for Curtis, Stella and Jordan and now plays the NY Fashion editor for Crimson. She and Nina did a fun job interviewing the guests.


Operation Kevin and Ava:  Scotty and Lucy had something up their sleeves to get Kevin and Ava apart: Try to get Doc in bed with Lucy and have Ava 'find' them via Scotty. Hilarity ensued.

Sparks Fly: Oh! Nina and Jax!! What is this wonderful moment? Nina is absolutely awestruck at his handsome-ness. You know--this wouldn't have worked with just any character!! Nina is so emotional though and so flighty, you could just see it happen!! Michelle and Ingo were perfect and I an only hope it goes as well with the new lady steps in. 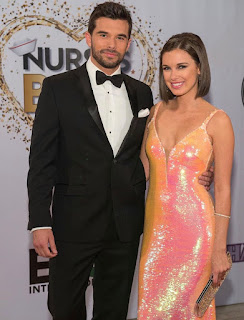 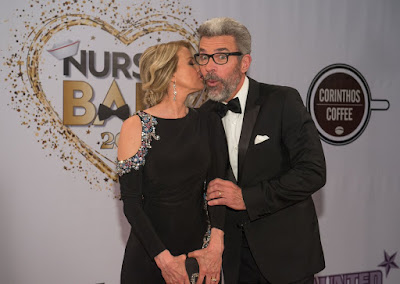 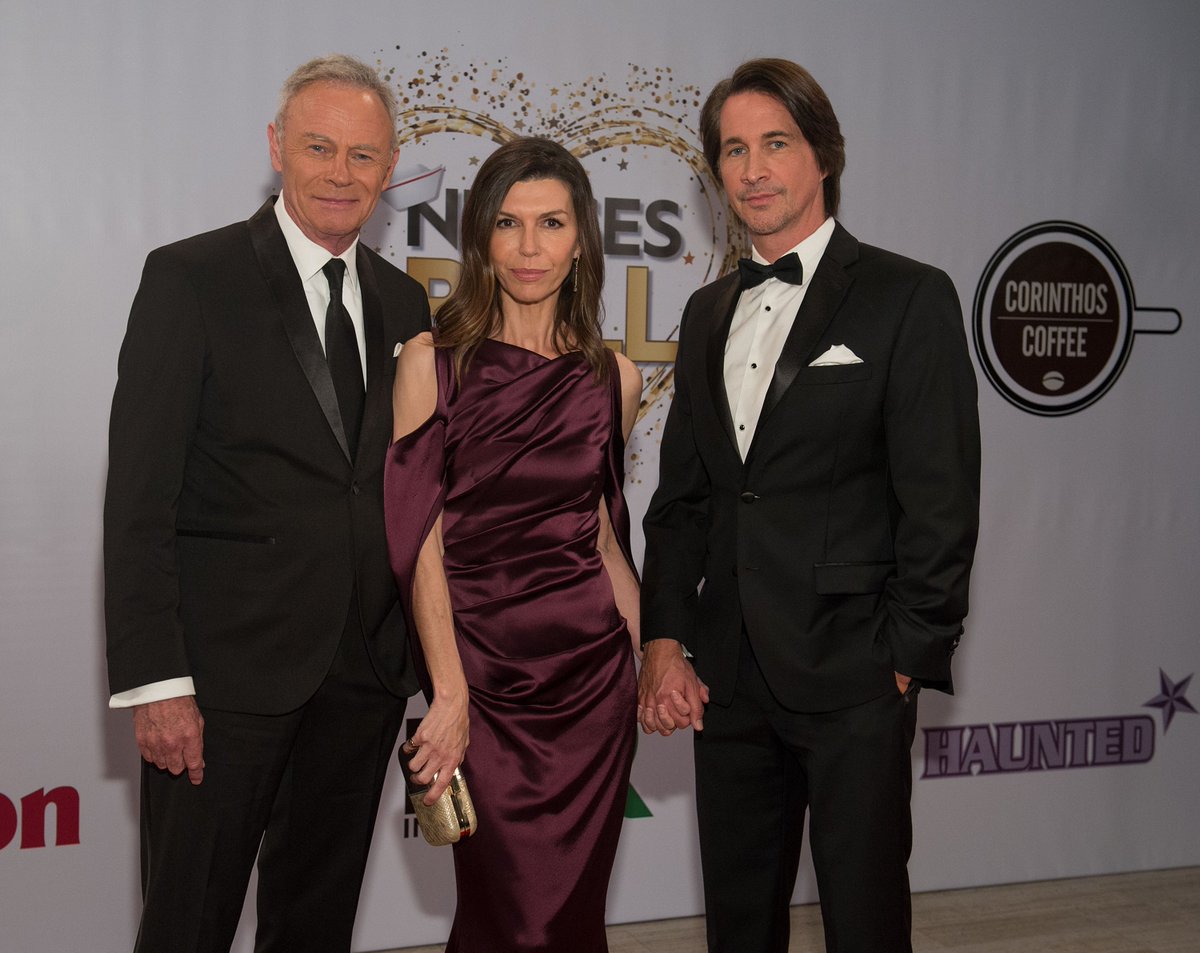 
Gay Day at School: The parents get together for a little informative talk about Gay Books in the classroom. This would be unusual here in WNY by the way. (In 1994 we had 2 gay couples having babies, gave shows for both and all the kids were invited with their parents! So joyful). It seems Willow put an inclusive book into the library and parents were upset. Nina actually explained the need for such books and did it in a great way. Unexpected for her, and Willow was impressed. Of course, Nina had to tell her she was an idiot anyway. LOL. Willow's principal then informed her she wouldn't be given a position next year. BYE!


Ring Loss: Robert loses Finn's engagement ring. Was it a Freudian Slip?? Hmmm.. anyway Mike finds it and uses it to propose to Yvonne. Robert tries to pull a switcher-roo but Finn explains it was a rare Monaco sapphire, which represents FAnna's early courtship. In one of those Three's Company type twists, Anna thinks Robert wants to propose to her and declares she never wants to marry again. With Hayden coming, all bets are off btw.


Kidney Drama: Kevin is pre-diabetic due to his time as a captive--so we know that Ryan will probs be the donor. TJ has been TOTALLY missing again-- damn it.

Canada Caper: All you really need to know is that Ryan killed the lady that was helping him, tied up Laura and Curtis and left the gas on. They escaped at the last minute and the house blew up. HOW DID HE TIE THEM WITH JUST ONE HAND THO??

DOD Shank Sting:  Just kill him already, will ya? I mean, I like the actor but he should have been something Cassadine.


Paxie Sex:  Gross. You know I'm not a Peter fan but I do say this with neutrality: He and KS have No chem that I can see. I know they have their fans but ..eesh.


SCENE OF THE WEEK:  Drew's speech at Oscar's memorial. Dear Lord but I needed a whole box of tissues. EESH.. The whole memorial was great, btw... all the speeches were written really well. Cam, Joss and Michael all spoke.

TRUCE OF THE WEEK:   As per Oscar's request, Drew and Jason are going to build a tree house at the Qs together. I can only hope they go to an outdoor set and film it like a reality show.


PROP OF THE WEEK:  THE RING!! Poor Robert. Missing in this photo--it's on Yvonne's finger now.

Ok!! That brings us to the end of this Sunday's blog. Hope you enjoyed it as much as I enjoyed watching. I'm so happy Jax is on and Robert. They add that other 'something we need. I'm thinking once the Nina/Sasha story runs it's course, Valentin can go and Shiloh will hopefully be murdered in his sleep soon (I'm saying Daisy or Harmony does the dirty deed).  See you next week!! Wub Hub is working many hours so I'm not sure how much I'll be here (I say that every week, don't I??!) Have a good one.

Photos thx to: @SoapJenn and @AgentScully
By kdmask - May 19, 2019
Email ThisBlogThis!Share to TwitterShare to FacebookShare to Pinterest