Sunday Surgery: What To Expect When You're Expecting 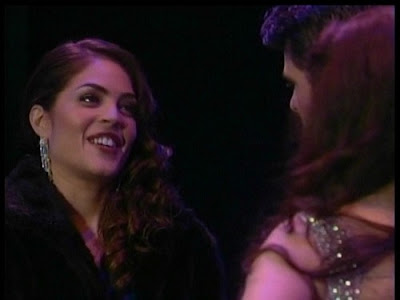 Oh.. yes.. she's showing  MORE belly than Maxie is...and she's proud of it! Mama tries to give her warm milk to calm her down. From the dialog you'd THINK she was really PG (and with Patrick's baby) BUT--is she? Seems so.  Is it really his or did she steal some sperm/egg combo from her own lab?? You know I am SO OVER BABY DRAMA!! LOL. Although a legit grandbaby of Faison's?? Hmmmmmmm, could be rich!!

GET ON your OBGYN scrubs and bring over some OUZO because this week's GH was OLD SCHOOL FUN!!

Disclaimer: Yes, I said I was leaving..yes, I had this huge good-bye blog but DAMN! HOW can I leave now?? When My Cassadines are creeping back!!?? How how!!? 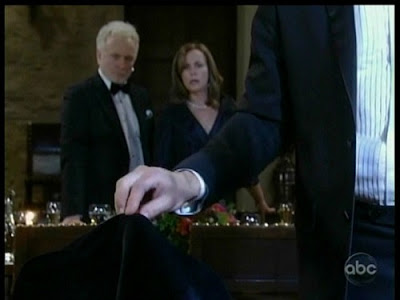 Causing Trouble for everyone since the 1980s...

Had to dig out my CASSADINE WUB again!! Eeeeeeeeeeeeeeeeee. YOU KNEW someone was waiting!! And there's Luke and Laura, back to the beginning. NICE!! Great to have an obsession with the mama of your son's DAUGHTER. Hee hee. Now, here's hoping Bat is hanging around somewhere as well.
Fight that FETA!!
Doesn't Tyler Christopher look hot again? WOW.. he sure does.  I am also wondering: What if Lulu has a Stavvy surprise inside? Nik would be a brother-nephew.  LOL. 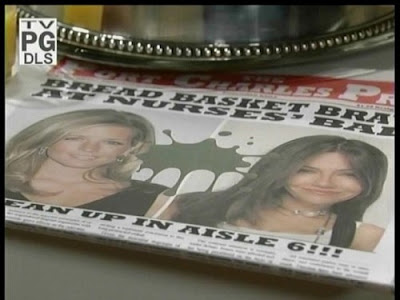 SO much to dish this week. Brenda and Carly. NO WAY Brenda really slept with Michael. I'm thinking she scammin Carly just because SHE CAN.  ConKate is coming back and .. Oh I hope she's Connie. Then Brenda can drive her out of town.  hee hee. 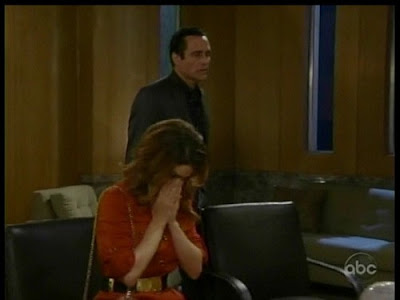 I really loved Lisa LoCiccero and MB this week as well..she's such a good/fun actress. I like that they have Sonny interact with his baby-mamas more as well.   It was kind of eyerolling how "the satellite" found all those PEOPLE-- but hell, whatever.  Anna and Alexis talks about Cassadine lore added to the history and let people know what was what.

Other great touches: Monica and AJ's talk about Liz. Maxie and Mac dishing at the Floating Rib about Mac's upcoming wedding. KS  is looking so happy and healthy lately! wow. Luke and Laura waking up. Nikolas telling Natasha about the Nightmare at Greek Isle. The Nurses' Ball ended Tuesday--like I said WHAT A WEEK! 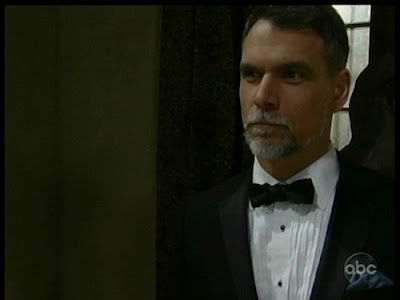 SCENE OF THE WEEK:  Best kept secret out there.  We had hints and thoughts another Cassadine was alive (you saw Hell's face--you read my rumors) but NO ONE really knew who it would be. RKK looking  FINE!! Like I said: Mitch Lawrence with a freezer! :) He wanted his Ice Princess and got LULU from Mama.
A NuLULU btw... and if you look at pictures, she's TINY. Even smaller in stature than Kirsten Storms. How great was it that LAURA punched that button on Stavros? 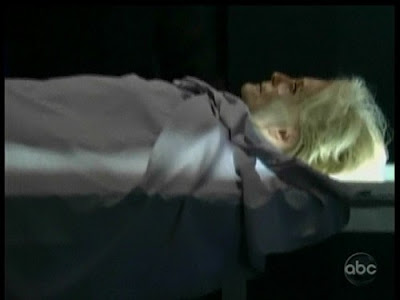 RUNNER UP: Ahhhhhhhhhhhh, THERE SHE IS!! Sleeping Evil, just waiting to come back!! 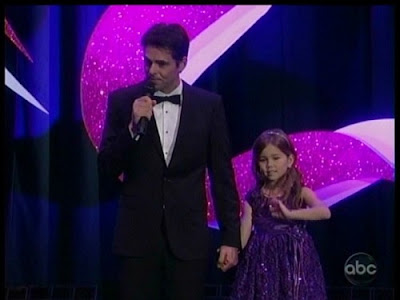 SPEECH OF THE WEEK: Patrick memorial to Robin.. *SIGH* 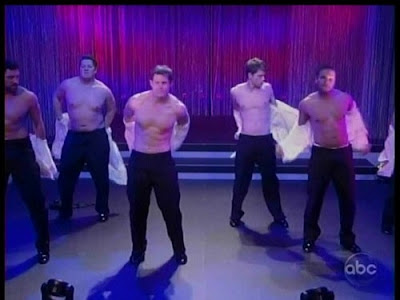 DANCE OF THE WEEK: Shirts off!

NOT THE SCENE OF THE WEEK: I don't have a photo but it was the weird "Side Kiss" that Nikolas and Liz shared.  He was like, making out with her neck! LOL. And folks, if that was the "worst" you know it was a wonderful 5 days. PROP OF THE WEEK: Um..any doubt?

I asked on Twitter where Spencer was...I guess with Leslie in Italy. Okaaaaaaaay. Missed that nugget of info!!  I wish Denise would have come back for the 50th. We needed Leslie to scrap with Monica.

There you have it.  I guess I'll be around when I can. Here's hoping the ratings reflect the awesomeness that is GH lately.

By kdmask - April 14, 2013
Email ThisBlogThis!Share to TwitterShare to FacebookShare to Pinterest