Whenever I'm alone with you, 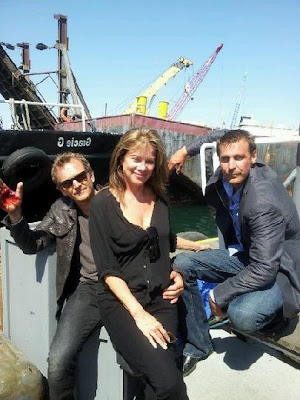 OH WHAT A WEEK! GH moved timeslots and came out with a BANG BANG BOOM! Rootin' and Tootin'. Early returns say it's up in the ratings. Let's hope so. They certainly pulled out the stops. Monday and Tuesday was like a good mini-series. The editing was superb. The dialog, awesome. You know I was excited. NO Junior Mints until Friday!
SCRUB UP... here we go: 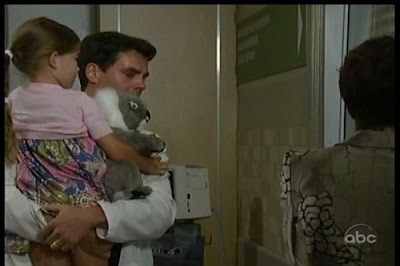 So many scenes... so much goodness.  Even though I can't get home right at 2, I still couldn't wait to turn the TV on.  That doesn't happen often!!  The actors were live tweeting this week as well. That was a bit of fun.

PARADIGM SHIFT:  Jason wasn't ON LOCATION. Did you hear me?!! He wasn't IN THE MOST GIANT shoot out ever!!  Soooo, he was in the hospital using his superpowers to figure things out.  McBain did the bomb along with Lulu and Dante.  But it wasn't St. Jasus.

Ingo coming back was wonderful as well. I really think the show needs him as a yang to Sonny's yin-- and Carly sure lit up like a Christmas  tree when she saw him. Loved when he walked back in the hospital.  After being in the water ALL  NIGHT. LMAO--he looked pretty good for that (so did his suit).

So, "Cook" died...no one else we knew, correct? Did they ever give a tally of townspeople that succumbed  to the Jerry Pathogen? Loved how they put it back in the water to cure people. That way Lante could take a steamy shower to wash away the sick. 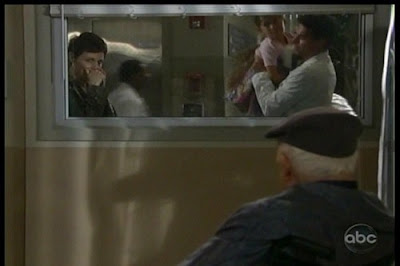 SCENE OF THE WEEK: for the first time I'm giving a WHOLE DAY the Scene of the Week. Tuesday Sept 11th was just one of my favorite days in soap history. The entire show was just perfection. John Ingle reappeared for probably his last time and was used in such a poignant way. Emma was saved first. Tracy's voice over at the end with the montage was just right. I watched the entire thing  over again. (and I NEVER do that!). I have to give it to everyone from the music guys to the set direction to dialog. Kudos. 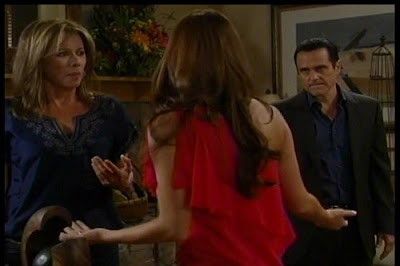 NOT THE SCENE of THE WEEK: Yes, Mo and Nancy were great...but.. I just can't get into new Xtina. Therefore, a really dramatic scene just fell flat for me.   I so don't care about she and Trey. I was so happy when they were in Vegas. Off screen 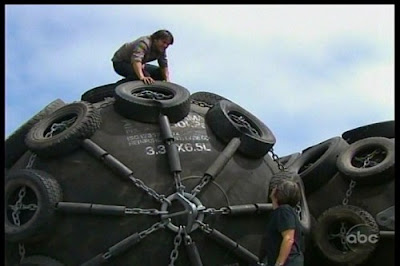 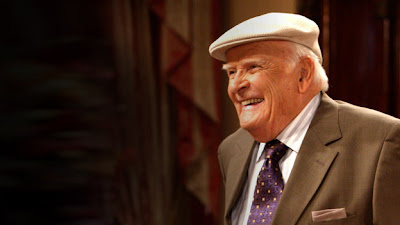 Giant Kudos to John Ingle for coming in for a day. You could tell he was frail and yet like the trooper he is, he gave us some awesome scenes. :Bravo:.

Hope you had a fun week... Steve Burton Tweeted his last days on the show are in October.  I think he means airing, not taping, but I'm not sure.

Have a great one--it's a nice fall day here. Wah, goodbye summer!  I put some new spoilers up Friday, Check them out WUBS NET
By kdmask - September 16, 2012
Email ThisBlogThis!Share to TwitterShare to FacebookShare to Pinterest