Here you go:  Ratings for week of July 19th

TODAY'S GH: First of all...GIANT SPOILERS are up!!!  Make sure you hit a sponsor to help this summer's charities!! We are also adding the Cruise for a Cause in there as well, so I really need you to help.

I was napping the first 15 minutes of the show and came in when Carly/Jax were playing some game. Krissy and Ethan were playing another game-- LOL.
Saw Claire and Sonny: @@ ugh
Saw Johnny playing with Olivia's hands (rather sexily)
The Franco scene at the end? All I'm going to say is this: I Should have played his MAMA. I could do better (of course, they'd have to make me up to look way older..heh). I would have worn a lobster mumu, sock monkey and a coffee cup with James Dean on it. Franco's REAL Mama-- seemed to be rather..er..stilted?
What do you think about Michael and Jason? I think Jason will reveal he was raped in prison or something long ago?? and then Michael will spill. I do think Chad Duell is doing a good job. 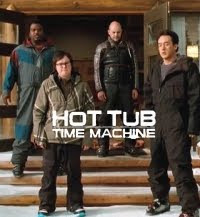 WEEKEND's here!!!!!! Watching HOT TUB TIME MACHINE TONIGHT!! woot! What are you doing? I know that some of you are going to Laura Wright's Standing Sun Wine gala on Staten Island Sunday! Tell me or tweet me all about it, ok?
By kdmask - July 30, 2010
Email ThisBlogThis!Share to TwitterShare to FacebookShare to Pinterest
Labels: ratings