Sunday Surgery: I'm Back and Ready to DISH!! 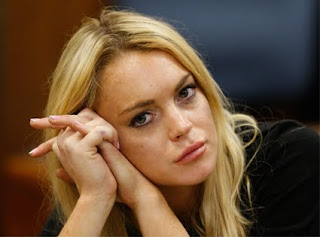 What a week I had. NO internet (except when we ran into a McDonalds, bless their Free WiFi)-- and no TV. I did see a soccer game and after, caught LINDSAY getting sentenced to Jail!! Heh. I couldn't tweet during it which was torture! My 13 year old nieces and I watched and giggled. Poor LaLohan. She's been whining about it ever since I see...and how about the F*uck on her middle finger? WTH? Talk about needed a slap in the head! Paris should call her up with tips on what to pack. Plenty of cigs I hear, only she can't smoke in there.  How about Sam Rob taking on Joan Rivers for 'bullying' Lindsay? Uh, honey that's what JOAN DOES!!

On to Mel Gibson! Dear LORD!! OMG! I refuse to listen to the rant-- I think it would make me ill. Just reading them makes my head hurt. Idiot. Hope he's done and goes and lives in The Bush somewhere. Way deep in the Tasmanian Jungle.

THANK YOU to GEDSTERN for Tweeting and blogging for me!! She's such a peach-- she's the one that started all of this. (back in the day of the net's baby-hood!) I knew I could leave because Geddy would be there for me.
I stopped at Genie Francis' "Cherished Home" in Belfast, ME..she wasn't there working, surprise, surprise but it was still fun to go and browse. Its' a gorgeous store. 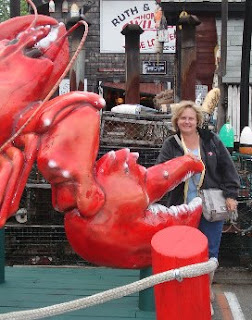 Me at Ruth and Wimpys in Ellsworth, ME... Heaven on Earth!
My vacation was awesome...lots o' sleep and lobster. It was also cool up there. Maine is a wonderful state. If you can, get there. I saw a lot of Alberta imitators, but not her. She's in California waiting for the GH fan club weekend! 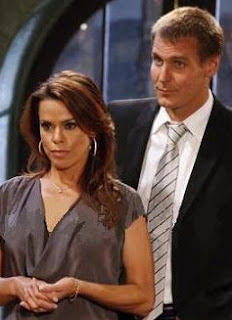 HOW was General Hospital!!? Post BOOM!!!?? Did Alexis go nuts? How about Sonny? Is he all angst-ridden?? I hear that Carly and Steven admitted they DATED! :THUD: they remembered some history!! I really have to get into the scoops again, I have a TON of email waiting for me. Next week Kalup performs at Jake's (not in his drag get-up damn it!) ...Liz goes into early labor and A new BOY catches Krissy's eye. Then coming up, Jax and Skye try to get the money from Fernanda (sp??) and everyone thinks Hells took "the baby".... I'll be updating all day so check the site when you can.  I guess we're all gearing up for the BRENDER return, eh?? I bet the daytime execs are  hoping to heck that it helps the ratings. OUCH, I saw them for last week-- ABC's 3 soaps together have almost as many watchers as Y&R has on it's own!  Poor OLTL. All I can hope for now is that some of the cast gets put on AMC or GH. I want David Vickers to have his own webshow.  I see Ron Hale (Michael Corinthos the First) is leaving GH according to We Love Soaps. They so wasted him these last few years. Have him beat up now and again-- that's about it. He and Bobbie should have married and ran Kelly's!!

Well, that's all for now...like I said, check the site... during the day and I'll try to get all the scoops updated. Are you watching THE Soccer game?? Hubby has been reading me English Soccer jokes all morning...they are pretty brutal. Heh.
On a side note, @soapdude posted on Twitter that Susan Lucci is going to guest on "Hot in Cleveland"!! How cool is that!!?
By kdmask - July 11, 2010
Email ThisBlogThis!Share to TwitterShare to FacebookShare to Pinterest