Are They ON or OFF?

I'm at the hair salon today!! BOO on me but that's the only appointment she had! Here is something for you to ponder. Today's show will be yesterday's show that was supposed to air. Let me know if I should watch!! 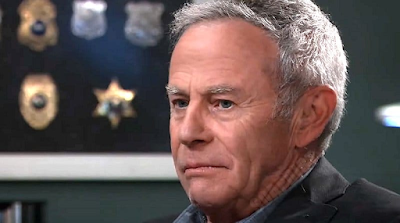 I see Robert Scorpio FINALLY returned to GH. What about so many other characters seemingly left in the dust? We know that Felix and Amy get trotted out around Nurses' Ball Week. What about some others? 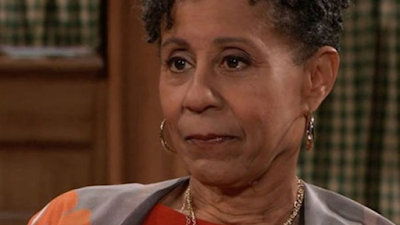 Aunt Stella: Last I knew she was back to GH, had a mini-stroke on the show, forgot she didn't mail the divorce papers and........annnnnnnnnnnnnndddddd? What. She wasn't even there to say goodbye to Jordan. Weird. She also had that DNA storyline --remember that??!

Kristina Davis? Um..okay so she was on for a day, did a great job and got the manager's job at Charlie's. Then..? Knock, knock . HELLO!! She's your only bi character AND from a legacy family.

Molly Davis--ditto. She pops up here and there. TJ seems to be on a bit more but with Jordan gone, who knows. You'd think that a 'domestic partnership' between two late 20 somethings with demanding careers would be worth their own story?

Greg and Jackie Chase-- Um, where are they? When Son No 2 was in the hospital they were there on and off (mostly off) and then never seen again. Not even really mentioned either!! POOF!! 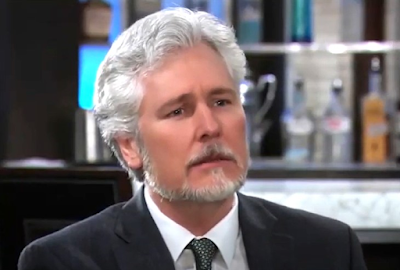 Martin Gray. Just when I was loving his character he goes off with Laura to "hide" from Cyrus. I know Genie is on vacation but could you at least show him on the phone? Maybe throwing in with Scotty and Austin? Anything??

Mac Scorpio-- No idea. He's now got Jordan's job. Will this mean he's on the show more? :shurg: I sure hope so. We know Felicia is rarely on but not being on with all the baby stuff happening? Weird. 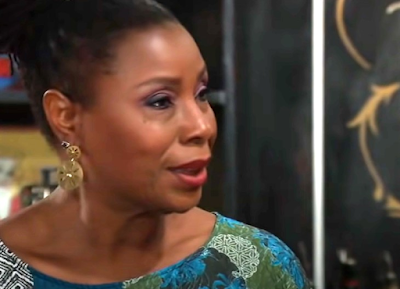 Phyllis: Ok, believe it or not, it's only been ONE day since Sonny came back to town according to soap-time. BUT.. not a mention of Phyllis who is having to deal with her entire life gone. I wonder if she will end up coming to PC or not.

Taggert:  Welp. We know he had a stand-in at least 2 times before. I'm not sure about RA health but you'd think that maybe the same replacement was needed to say goodbye to Jordan and to bond more with Trina? If what Portia told Jordan is true and he's NOT her father, um, we need some reason to care.

Spinelli: He was there for the wedding yes, but Jason has called him several times to help with situations and--? 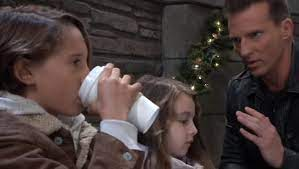 All the kids under a certain age. Yes, it's COVID time. But the glaring missing of Jake at the wedding was a biggie. No children present but he doesn't even talk to him about it? The actress playing little Charlotte was in a bad bike accident and broke both arms (ouch) so I get that. Could have a temp fill in to show her getting bonded to little Bailey. Would help in the time of having to 'let her go'. 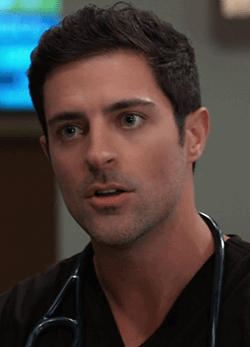 Lucas Jones. Um.. where did you go? I know some of us heard Austin say he was taking Lucas' job because he was 'moving'. Moving where? To another position at GH? Mercy? Across the country??

On a side note, it wouldn't be a bad time for Lucky to show back up. Lulu and Lucky, huge legacy characters are just gone. Liz could be getting into angst with him again.

Speaking of, we know Hayden is 'gone' but she's mentioned all the time and-- ? Is she coming back? 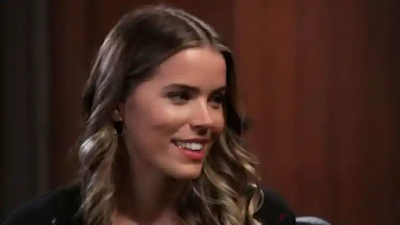 Sasha --HUGELY pregnant the last time we saw her and couldn't make it to the wedding because she's on bedrest.  Maybe the baby should have been born before she left? When will she be back?? Why not have her have the baby then take the break?  You know Brando and Gladys will be MIA until she's back. Which is OKAY by me.

And YES I complain about GH's giant cast. I just don't understand bringing on characters like Greg and Jackie then having them evaporate. Nope. Don't get it. Plus, there are plenty of others that could go-go.

By kdmask - October 07, 2021
Email ThisBlogThis!Share to TwitterShare to FacebookShare to Pinterest