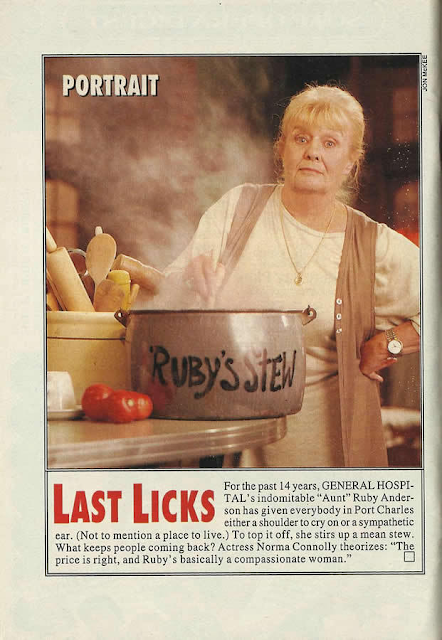 Yesterday ended up being a pretty darn good show. I almost fell asleep getting there but... I perked up.

Maxie and Brook taking Kick Boxing lessons they talk about Austin. Brook says that She has something else in store for Austin. BTW, Brook has on a hoodie and LOOKS GREAT!! wow.  OH Austin is coming to the gym after taking to Britt (see below!)

Britt talking to Austin. He says he never told Ned was on the spectrum. Then it dawns on him it was Brook Lyn that said something.  He says all he wanted to do was help Leo and Brook is using the kid to keep him from the ELQ table. She suspends him from practicing until the investigation is over.

Esme barges into the PCPD yelling about Spencer being handcuffed and staying in jail. "YOU'RE A CASSADINE"!! She tried to call Scotty's 800 number LOL but he laughed and hung up on her. She can't access her "Trust Fund" (I call BS on that). Chase wants to question her. He asks where she was the night of the Wyndemere party, did she know about the car fire "I heard about it she says"

Ava to Nina: Um, what about MIKE?? HUH? HUH? She calls Nixon Falls WHOVILLE ahahahaa. Says she knows Sonny was "Mike" and does Carly know that they fell for each other. Nina says they never 'GOT IT ON" in Nixon Falls. LMAO. Ava so wants to get Nina and Sonny together. ahahah She says how happy Mike was and how miserable Sonny is "He's married to CAAARLY" ahahhahaa.

Sonny and Jason. Sonny asks what was going on when he walked in on them on their wedding night. Jason says well, we left the reception early-- and ..it WAS our wedding night. Sonny's like: Carly always did love you. Jason : we are best friends. Sonny asks what would have happened if he hadn't walked in. Jason admits they would have slept together. Sonny growls. They go over Jarly's history. "That door was closed when you and Carly got married" says Jason. "And now it's opened" says Sonny.  Sonny asks about them being in a real marriage. Jason said they decided that they didn't just want to be in a business arrangement their whole lives. But it doesn't matter because Sonny's alive now.

Carly barges in on Trina and Joss' talk and asks what Joss said to Nina. She tells them Spencer is all over social media getting arrested. Says Ava did it. Then Cam comes in with SONNY'S COWBOY HAT ON!! ahahahah Carly's like @@ . She takes it off him. Trina and he go to the jail to see Spencer. Joss stays to talk to Carly and tell her she went off on Nina in Kelly's.

Britt texts Jason for help...Jason leaves Sonny's and goes to see her

Sonny comes home and Carly greets him with "Howdy Stranger"

By kdmask - October 14, 2021
Email ThisBlogThis!Share to TwitterShare to FacebookShare to Pinterest