Looking Back on GH: The Decade of Wub 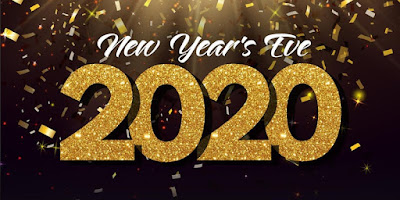 You've  sat through the "Best/Worst" lists of 2019 and the whole "Decade" thing. I will be doing a podcast on that soon...but while I was thinking about my answers, I found a whole HOST of weird, wubbly things that happened over 10 years. I have some time and since no new shows are on-- hey why not?

TWITTER FACTOR: I joined Twitter in Feb of 2009. Changed my whole soap life! At that time I searched for General Hospital, Soap Operas and the like. I was it for about 4 months! The platform was made for us daytime gabbers, and we relished in the ability to talk in real-time about our shows. We had been using a site called Soap Zone to post during the show but it was done in post-style, not on a timeline like we have today. Of course, Twitter became a force of it's own right. For good or evil, it's here to stay.

Here are some quirks I'd like to dig back up. If you'd like to see my 2019 WUB AWARDS, or PROPS OF THE DECADE, just hit the links. 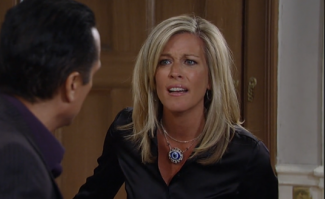 EVIL JEWELRY: I totally forgot to add Carly's eyeball necklace to the prop list and it so deserves a place in our history. When Franco came back (played by Roger) he had Carly wear this as a token of his Wub... and she DID!! It was really a spy camera. :eyeroll--giant: 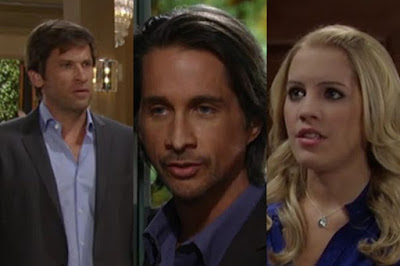 THE WHOLE PROSPECT PARK THING: Welp. AMC and OLTL went off the air and the headwriter of one of those came over to GH. Enter in: Many OLTL characters. We got: Todd, McBain, Star and Tea. Those are the ones I can think of. Anyway, PP decided it owed those characters and ordered GH to stop using them.
ENTER: MAYHEM!
First up...why not turn Roger Howarth into Franco? I mean, he's quirky, right? It's shocking right? Only...no one ever really signed up for this. We had to go through a hella lotta whitewashing-Todd-afying to get the character we have today. Oh, and a tumor too.
Michael Easton played so many people we lost count. First McBain was around-- then he was Silas, weird Doc...then HE got murdered. ME then left the show. BUT! Nope, Frank found him one day in the grocery store and Bam! HE's back as Hamilton Finn. Doc with the Bearded Dragon. Lordy.
Of course, Starr was back and then she wasn't...she was suddenly Kiki--Ava's daughter. Michael/Morgan/whoever -- just hard to process, man. FAISON UNDER THE FLOOR:  Ok, so... even more bizarre to me was the "Faison is really under the floor and has been for months" deal. I mean, seriously? He was in the stables? Under THE FLOOR? Um.. and Anna kept him there!!! THE THERMOS:  Geesh... Have Frozen Embryos ever caused such out and out chaos? First it was Stavros 'and Lulu's kid...then it was Lulu and Valentin. Britt stole one along the way too and tried to pass the kid off as her own. We know there's another one floating around out there. Question is "where"? 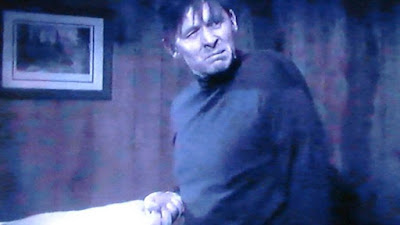 QUASI-MOTO-A-DINE: Welp. Valentin was a hunchback. And.. um.. well.  It was weird. 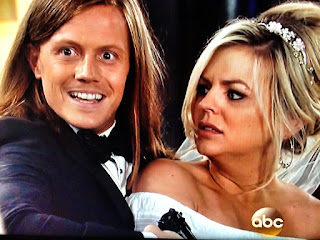 THAT GUY: Yeah..the hippy guy..'member him?? He turned out to be the son of Felicia's fiance, Peter. Someone I didn't even know existed.  Slightly ahead of his time, Levi did introduce us to "green living" and meditation stuff. 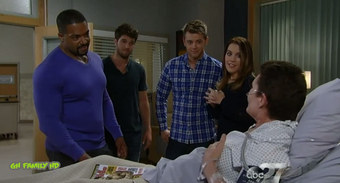 ALICE'S DISAPPEARANCE:  In 2014 , Alice the Q housekeeper had a story line involving her heart and a heart transplant. She was never heard or seen again. 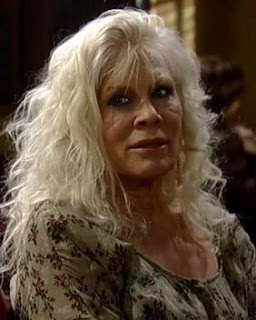 GRANNY DELIA MIA : Well, she was a cross-over from Ryan's Hope that was popular and even helped Ava during her weird Denise years--and then? What? Nothing. Kiki dies and ... she's no where to be found. Rumor had it she was to be Mike's live in girlfriend when he came back to Port Charles but--something went south. 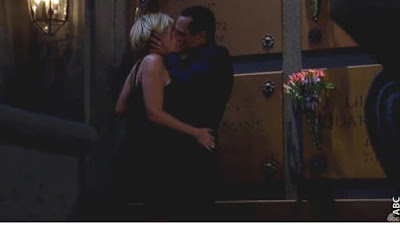 CRYPT SEX:  One has to mention this because--well, not only did Sonny and Ava feel amorous in the Quartermaine Crypt, it also gave us adorable baby Avery. (who shows no signs of being possessed) 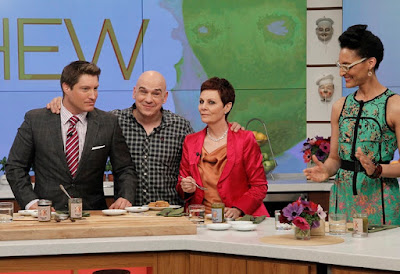 CHEW:  Back in 2013 after AJ resurfaces from the dead, he and Tracy head over to The Chew, ABC's real-life talk-cook show for a little Pic-A-Lila action. Later, Carla Hall would be tapped to play Cook 2 on GH. 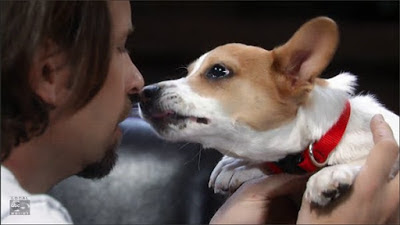 DAISY LOVE: Before Daisy of the DOD Cult, we had this cutie. A real dog on set named Daisy. Alas she was given to Jake but ended up living at the Q mansion--maybe in a closet with Alice. 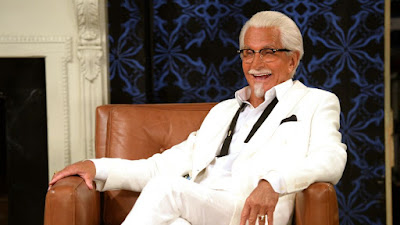 KENTUCKY FRIED:  In a bizarre cross-promotion, George Hamilton had a cameo as the Colonel in 2018. 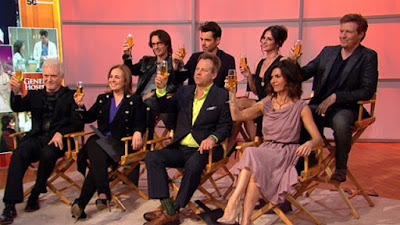 FIFTY YEARS: In 2013, GH celebrated it's 50th year by bringing back many old cast members. A bigger than usual Nurses' Ball was held as well. The actors made appearances all over the network and also opened Wall Street on April 1st, GH's launch date. 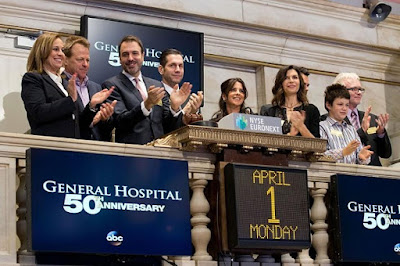 If you want to see some great photos from that day, many that I hadn't even seen go to this link on GETTY IMAGES.


That's all I have--just thought I'd throw up some things that stuck in my mind over these 10 long years. It's been great having you all read the blog and being able to discuss our show. We are the last ones standing on ABC..and here's hoping it continues for years and years to come! Have a great New Year's Eve!! Here's to 2020!

By kdmask - December 31, 2019
Email ThisBlogThis!Share to TwitterShare to FacebookShare to Pinterest