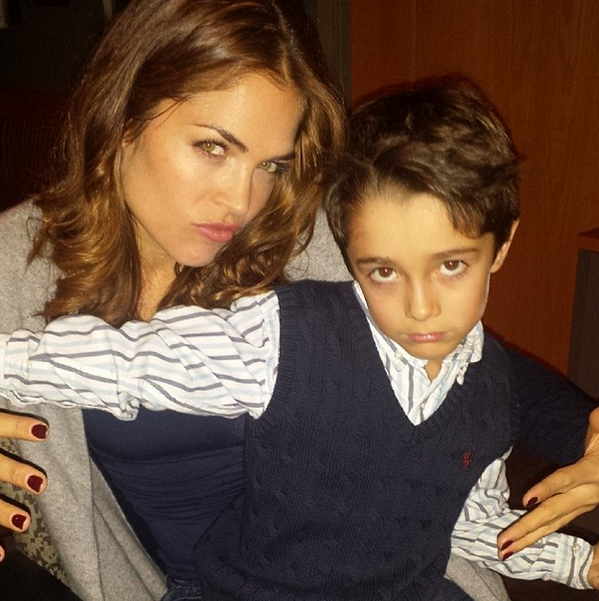 Kelly T tweeted this last evening! She and "Spencer" are adorable!! More proof I want a Cassadine wedding! Why did I put this photo up to start the blog? Well, given how this week was pretty dull, I thought I'd do a nice 'behind the scenes" one for us!

Yes, this week's GH didn't grab me in any way, shape or form. The Heather Stuff? Oh, please. The mob stuff? Over it.   Don't get me wrong, the show is still good, but it's sort of like when the holiday season is over. Everything seems a little less-- exciting.

Ok, get ready to go!! I'm going to have a nice cup of Corinthos Coffee and a scone from Kelly's! 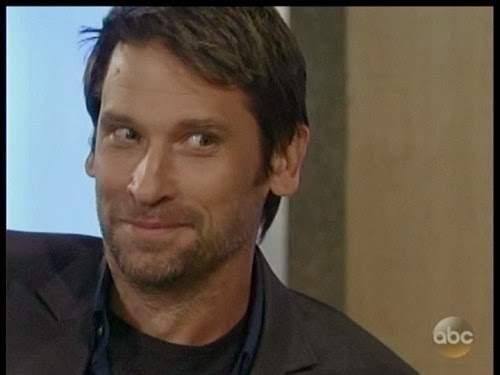 Sometimes, the show just takes a break--and this seems to be a time of a lull.    When I think back to what happened this week (without peeking) I think of:


Heather kidnapping Carly
Morgan and Ava's "Break Up"
Monica and AJ
Bobbie was on
and..oh, yeah, Scrubs found out about the baby.

In that nutshell, I guess a lot did happen! Just felt like it took an age to get there. Some of my fave characters/actors were together this week though. Here they are (in no particular order) 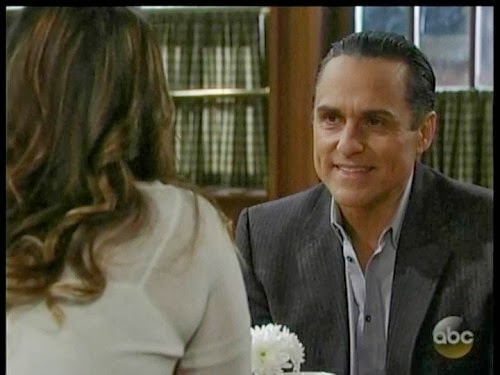 I am going to not even talk about the mob stuff (the warehouse shooting/TJ and Rafe) because I don't care. LOL I will talk about the Morgan/Sonny/Julian situation however. While I love the Morgan 'idea'..I wish they would have written this particular part a bit differently. It was too soon and too easy for Morgan to just tell Sonny he's "OUT". I also hope that at some point he spills what Julian is doing and they double-cross him. With Morgan a mole, they could set Julian up for a big-ass'd fall. 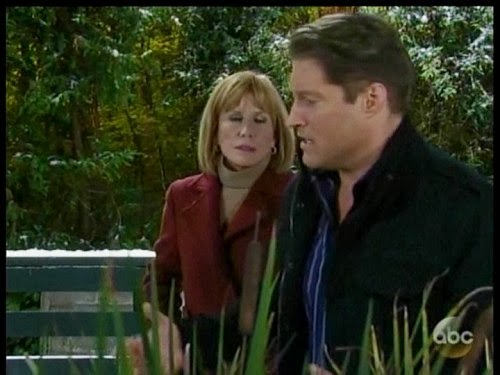 AJ stumbling around in the woods confirms my theory that he's been on a bender since we last saw him. Geesh! Glad for the Monica scene-- HATED the fact that they had Carly not be able to make any noise while they were right outside. That's just..stupid.  You can yell thru a gag--hell, she was talking with Heather with it on!! I would have rather have had that Mon/AJ scene inside and not even involve Carly if they are going to play it that way.

I wanted to see Max go home-- and Diane go with him and pamper him a bit and say she's moving in until he's better.  It would have not taken a long time and it could have been a nice way to tie that up. Milo could have made them dinner or something.

Something's missing with HottieMcCopperGuy. Not sure what. I mean, he's good to look at and hopefully he'll get over the stiffness/nerves when acting.  It would have been kinda cool if he had worked with Dante back in the day or something. Some tie to town?

Sam being so nuts over Silas being married was strange. Because..er.. we all know her back story.  The "coma" story could be Claus VonBulow. I still don't get why Silas didn't divorce her after say, 7 years?  Oh well. Let's see how it unfolds.  You know she's going to wake up sooner or later.

Was it me or...did they totally stick in a Lucy/Kevin/Scotty scene in there on Wed? WEIRD 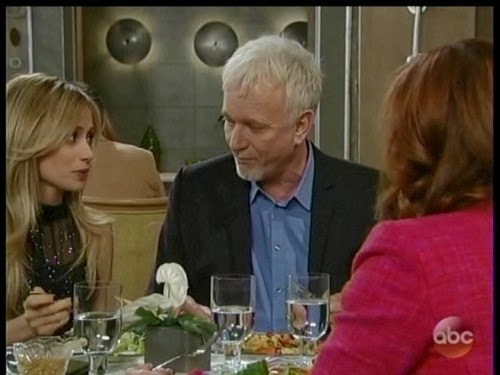 SCENES OF THE WEEK: My favorites were the convos of Lulu/Bobbie and Luke and also Robin and Sonny. LOVED them. I SO WISH Julie Berman was there though. Not a dig at Emme but I just wish I could have had a cute scene with the 3 of them in it, that's all. 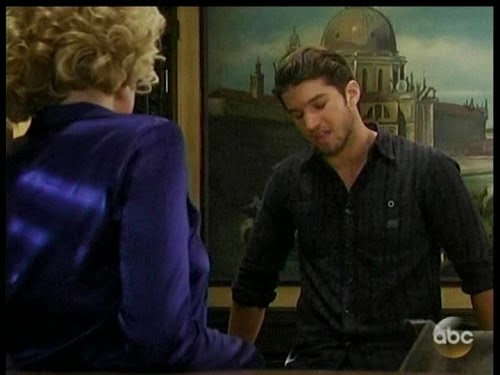 AWESOME ACTING AWARD: Which I don't usually give-- but I have to give it to the scene(s) of Ava and Morgan. Sheeze, they SELL their relationship. I so love Ava's desperation with him. She vacillates between vixen and 13 year old girl in a heartbeat. Their "pretend fight" was perfection.  They are a bit "cartoonish" sometimes--especially the boy and mob-moll situation but they always deliver the goods. 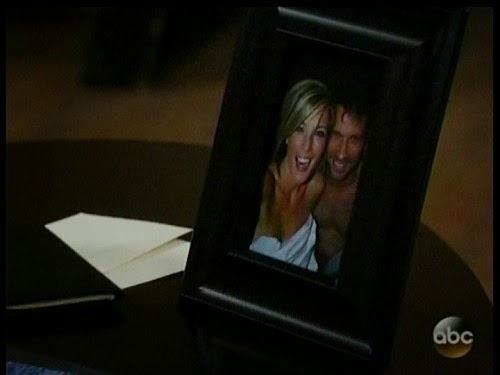 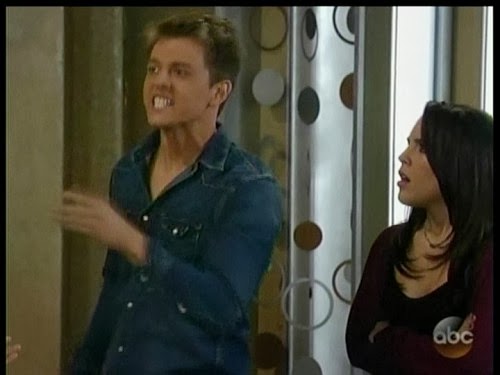 FACE OF THE WEEK:  Michael freaking out over Franco and Mama. Look at Kiki too--she's going "Dude, calm down" LOL

PS is Sonny's restaurant EVER open for biz?? I mean..geesh!

I'm looking forward to Sabrina selling Patrick the fact that the baby is Carlos'. Hmmmm. THAT Should be a good one!

Congrats to the Barash Family! Hope you saw that they had a little girl on the 8th named Harper Rose. The cast has been tweeting photos of them meeting the bundle of joy! I think Kris Alderson was one of the first to hold her.

Have a great week!

By kdmask - January 12, 2014
Email ThisBlogThis!Share to TwitterShare to FacebookShare to Pinterest