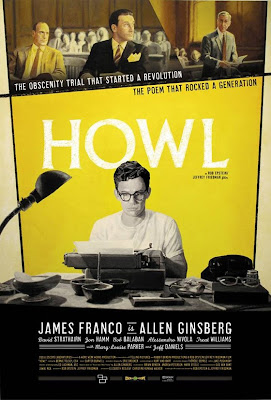 EEE! THAT'S Don Draper (Jon Hamm) in this FRANCO MOVIE! :thud:
Watch the Trailer at Best Week Ever
It's hot today. I just sat around in air con because it's too sizzling to do anything else. Too Bad AMC was boring as all hell. YAWN. OLTL is so funny...Vicky and David. heh. Loved it. His Speedos were hilarious!!  I didn't realize Marco was leaving Llandview for reals. AND he's leaving with the "Pizza Girl" Karen! Heh. Trevor St. John is just a gem, btw. "I GOT DIBBS, She's SICK" about the wedding.
SNARKY snark gossip about Vanny Marcil vs Megan Fox's Weddings!! EEEE! Take a gander at The Awful Truth at E! Ahhhhh, the circus is coming to town--Franco, Vannessa. I loves it so much!!  BTW, found out Vanessa wore a white Armani dress for the nuptials in NYC.
GENERAL HOSPITAL TODAY: Sonny turned on the wattage dimples to get Claire into his PCPD "waiting room lair"..heh. This Claire "Plan" sheeze is just that..sheeze. HATE.  It makes no sense, and she could get kicked OFF anything given what she's been up to. :eyeroll:
JaSam looked all glowy post sex.
Liz is having contractions or..er....Brackston Hicks?? Geesh, you'd think the Cassadine house would have a nice playroom for the kiddies. Nikolas looked stunned when she was in labor. LOL the hospital stuff was pretty funny.
Maya is the latest do nothing for me character. ugh. I mean, she's NEEDED, she has FAMILY but since she's not in the MOBULAR scene, she's just neglected.
Maxie looking for Jason's advice. LOL. Whatever, I like them together, I wish they were siblings. The Spixie scenes were so sad...  Bradford always has a way of making me sniff. *sniff* Carly stomps in next asking Jason for advice about she and Jax. :eyeroll: Spin and Carly were cute. Jason just 'nostril acted' like he was Jon McBain on OLTL. heh
MORGAN showed up today...and Skye mentioned LILA while holding Josslyn!! Geesh. @@

NOTE To Props: Please change the Crimson Flowers...fake as they may be, they are OLD.
The next "That if" is Greenlee and Jason and it will be on July 19th at abc.com. Are you loving them?? I am!!
MONKEY WATCH: Franco's Monkey was not on today AGAIN. two days in a row. We need the monkey!!
By kdmask - July 15, 2010
Email ThisBlogThis!Share to TwitterShare to FacebookShare to Pinterest
Labels: jamesfranco