WU DAY!  Ut Oh, Gladys is going to lose all of Sasha's moolah!!

Britt and Brad.. love them of course. 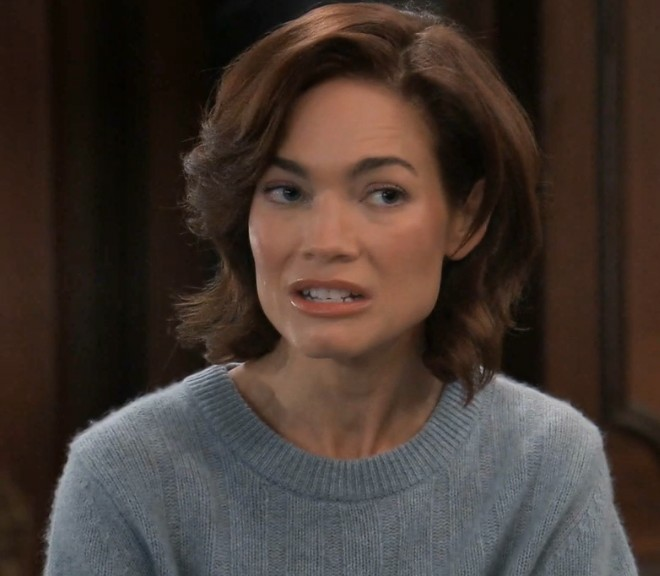 And Liz with the crafty fake out on Esme. LOL She also mentions the sex tape. I love sassy Elizabeth. This story is SO SOAPY. Totally not believable -- but so TOTALLY SOAPY

Laura and her damn ugly outfits.  SAM has on 1/2 a sweater LOL

Laura is now the smartest person in Port Charles. And, we see Fake Anna Face 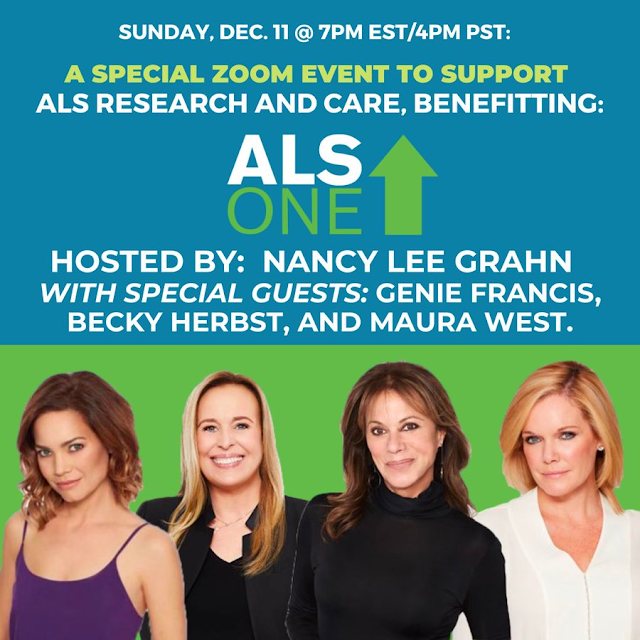 Laura sees Victor on the docks. She says she doesn't want to take the launch with him-- he tells her they are family and have to work together.

Maxie and Austin at GH. She's suspicious of why he's doing so many operations at GH that are off the books. They kiss and Spinelli sees them.

Cody wants to talk Britt to breakfast and she's hung over. He also sees her hand shaking. She says it's nothing.  Sam comes in and wants to talk about the necklace. It looks like it actually belongs to Cody.

Mac, Dante and US Marshall at the PCPD. Marshall yells into the phone they lost Cassadine! FIND HIM! Then Felicia walks in. They talk more about him being sad about Cody.

Valentin goes back to the safe house to move Anna 'it's not safe here anymore". He says Laura found out Olivia Jerome is in Pentonville. They are going to move her tonight. They make love on the couch.

Robert and Holly talk in the Metro Court dining room. He wants her to go with him to see Patrick and Robin. She hesitates. They talk..then kiss.  He tells her that he knows where Anna is (news to me!) and he's going to the safe house to see her tonight. Holly gets the address off of Robert's phone. She calls Victor and says she has to meet him. Looks like a set up.

Holly meets Victor on the docks. She gives him the addy of Anna's safe house. He says he's busy so she'll have to 'turn Anna into the authorities" .. SO WEIRD.

Sam talks to Spinelli about Cody. He found out he has a juvvie record but it's sealed.

Austin tells Britt that the top Huntingtons' doctor  from Toronto is going to be in PC today and he set up a meeting. Britt is hesitant.

The US Marshall is going to pick up Anna and asks Dante and Mac to go with him. They head out. Laura tells Felicia they should be very worried.  I think because Holly is involved.

Austin bugs Spinelli to see if he and Maxie are compatible according to his dating app. (don't ask, no idea)

The police break into the WRONG HOUSE-- the tip was not good to trap Holly.

Victor overhears Britt talking to Cody about the necklace and the ice princess.

Robert finds Holl on the docks and says "you have some explaining to do"...

By kdmask - November 18, 2022
Email ThisBlogThis!Share to TwitterShare to FacebookShare to Pinterest