DR O is all blonde!! She, Scotty, Britt and Cody are at Charlie's talking about Peter's necklace they found.  Britt talks with her mother about accepting Cody (at the bar) Dr O wonders if Britt told him about her diagnosis. Britt says no, it's private.

Cody talks to Scotty about giving him another chance after he punched him. He says that Britt is important to him and he knows Scott loved his mother.

Carly and Sam talk about Drew and he walks up. Drew interrupts and doesn't let Carly tell her about them because they can't be a couple because of the insider trading stuff.

Spinelli and Sam talk about Society Socials and that he should pull the plug before the FBI starts investigating.

Alexis calls Jordan because she got a letter from the serial killer. Jordan and Dante come in. The letter seems legit. The killer seems to have a hit-list. They talk about whether to publish it or not. Jordan tells Alexis not to. They take the letter.

Alexis calls Greg-- she made a copy of the letter and shows him. 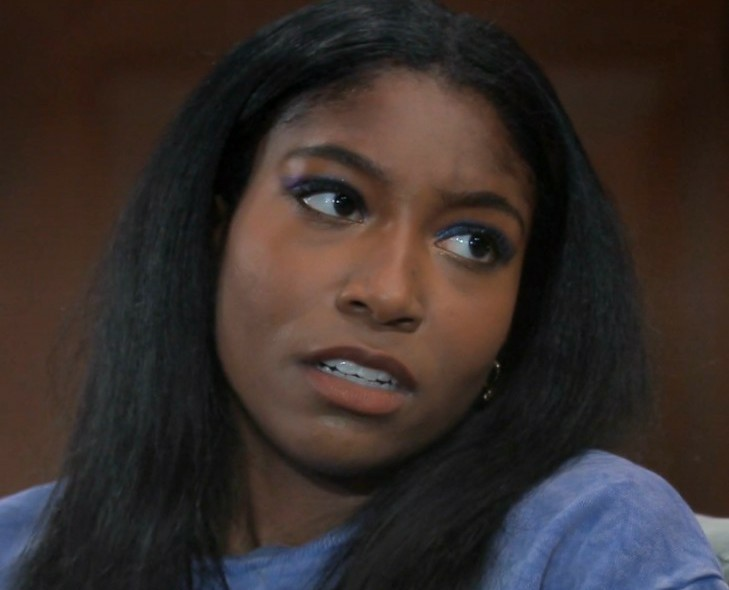 Joss and Trina talk about their respective weekends. Joss isn't "feeling" that way about Cam even tho they slept together. Trina tells her about the comic con.

Elizabeth doesn't believe anything her parents tell her about Reiko and pushing her down the stairs. She says they gaslighted her. Then she starts having flashbacks. Her mother says it's time for her to remember. Scenes with "Reiko" and yes, Liz pushes her down the stairs. Well, she kinda falls.. not really PUSHED PUSHED. Anyway, Reiko had a concussion and needed a blood transfusion. She got one and that's how she contracted the disease that killed her!  Liz is angry because her parents drugged her, programmed her then abandoned her because of their reputations. She leaves.

Britt starts coughing when swallowing; her disease is showing up again!

Jordan tells Trina the killing are connected to her

By kdmask - November 02, 2022
Email ThisBlogThis!Share to TwitterShare to FacebookShare to Pinterest