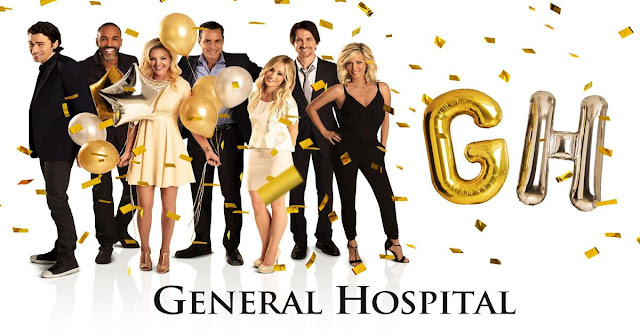 It was the 55th year for General Hospital and it was filled with ups and downs for the show. As I look back, it was mostly ups --with a few downs that still manage to haunt the story lines.

Without further ado: Here are  the 2018 WUB AWARDS. 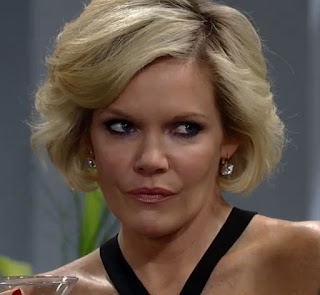 BEST ACTRESS:  Maura West. Who brings it every damn time they are on screen? Ava is one of the most multi-dimensional characters on GH, mostly due to Maura's incredible range. Even a look can wither someone. Her turn as Griffin's "girl" into spurned women into mourning mother was fascinating to watch.  All the Emmys better go to her.

BEST ACTOR:   Jon Linstrom. What can I say? For those of you that have only known him as stable "Kevin" you were in for a shock.  For those of us that knew Ryan from long ago could feel the chills rise as he crept back into Port Charles. This was one character I'm so glad rose from the dead. 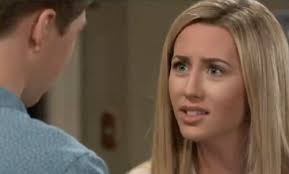 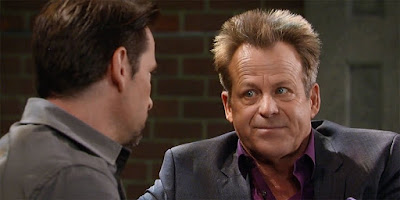 BEST PAIRING:  Franco and Scotty. Yep, I didn't even pick a couple this year because these two are a joy to see whenever they are on screen. They usually eat as well, double bonus for me. 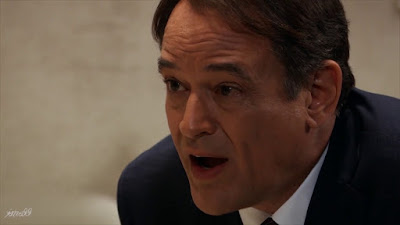 BEST STORY:  Ryan's Back. See above. Plus the fact that it really brings in the history of Port Charles. Yes, I realize Felicia and Mac need to be on more but talk to management about that. I did love the touch that when Ryan found out Felicia was a grandmother he blanched and basically backed away! He and Ava are perfection. His evil manipulating her darker side? Love it.

Runner Up: Mike's Alzheimer's. This would have been a tie for best story if it wasn't for one pesky part: CROTON.  Dear lord, why did it have to be tied to an old mob story??! If it had started that way; with Mike slipping about Sonny's past which then led Sonny to realize ol' Dad was going down the dementia path it may have worked. Putting it in the middle of such a poignant story just made it bumpy.  I have to say giant kudos to Maurice and Max for their work on this; loved them together.

BEST USE OF HISTORY STORY: Nelle's whole pregnancy. It was so much Carly, she even fell down the same stairs!!  When the actress left, we got treated to a mega old-fashioned baby switch story that had her walking out of the woods like some Mad Madonna. Brucas got a short re-boot and there's still the mystery of the dead adoptive baby's mama to be solved.  It gave us Ava feeling sorry for Carly. It also gave us Carly in Ferncliff.  Also: A penguin mobile!

WUBS FAVE STORY: Aiden's bullying story. I liked all of it-- the potential that Charlotte will be a true Cassadine Bad-Seed makes me giddy. These little actors are good-- a must because kids can make or break a story like this. Willow was introduced and that actually dovetailed a story that was relevant. The Valentin/Lulu/Nina parenting triangle is true to life and Laura's involved as well. I also think there's potential that all this "different" talk may lead to more stories that are interesting. I have to also note that I am one of the few out there that do like stories involving kids so I get if this isn't your cup o' tea.

SOAPIEST STORY:  Another baby-switch you say?? Well, this was brilliant in design because Nelle is absolutely unattached to her own kid. Usually, it's a woman that pines away and ends up stealing a baby or switching it for some nefarious reason. Nope. She walked out of those woods and handed him to Brad. Having Dr. O attend to her was also great because we have that potential anvil to drop anytime she so chooses. We now know Willow is the baby mama--of the baby that died, but she's going to think it's Wiley. More tangled webs!


BEST SORA: Thank you TO THE GODDESS OF SOAPS-- we aged Cameron, and after a recast, it worked out great. He and Joss are perfect together and I hope he keeps his edge and they aren't TOO cute. 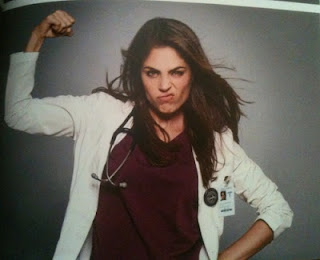 FAVE CAMEO COME-BACK: Britch! Britt did a heck of a turn as the rib eating, flu-getting rat that outted her mama. I wish she could have stayed. 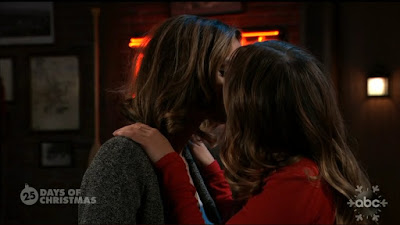 LOOKING FORWARD TO THE MOST: Vissy..I love these two and have shipped them since the Nurses' Ball two years ago.


GOUGE MY EYES OUT STORY:   Anything Peter. Why would Anna sleep with a drunken Faison (so drunk he didn't recognize her) --not use protection and give away her son? Who knows!!? Peter was just not a well conceived character from the get-go. Tying him to a bed all summer wasn't keeping out interest either.  GH has had so many "long lost and I didn't know I had them" kids that it was bound to be a disaster. 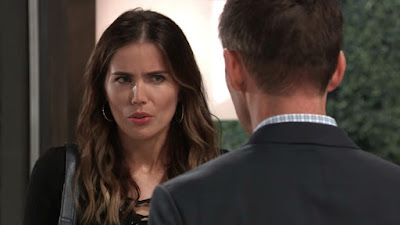 Runner up: Nina's kid. Unless that kid was Kiki--and it set Nina and Ava up for an epic battle-- we don't care. 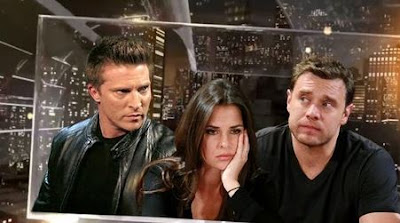 MOST BUNGLED STORY:  JaSam/Dream...and Drew's Memories. what should have been a huge reuniting of Jason and Sam--OR a huge dismissal of them in favor of Dream was just...nothing. All three are walking around not doing very much. Drew's memories are on some flash drive and it's gone on so long you may as well erase them. I was hopeful the whole Kim/Oscar thing would drag his past out but. Clunk. (Awesome image: TVOvermind) Photo credit: @AbsoluteLuanti6

OVER-USED WORD OF THE YEAR:  Croton. Please. No more.


FAVE PROP:  "Helena" in the Escape Room. I loved those escape rooms!!!  Even the slacker kid working the desk was fun. 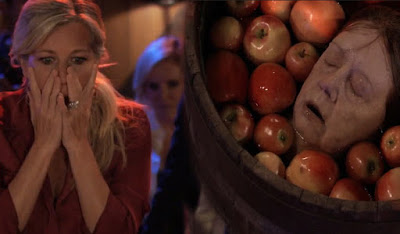 BEST SURPRISE PROP:  Mary Pat's Head which I thought was her in there but nope!! Total mask made by props!! 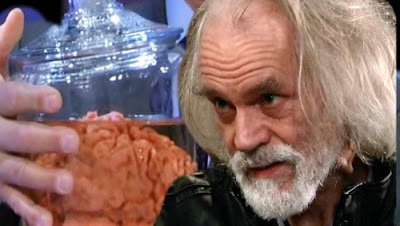 RUNNER UP: Faison's Brain in a Jar. If Faison was going to die, at least we got to keep his brain!

STUPIDEST DECISION BY TPTB THEN BEST DECISION BY TPTB: Believe it or not it was just last January when Genie was let go from the show--and uproar was caused. Why? The management wanted her as "recurring" and she wanted a contract. Lo and Behold-- when the Kevin/Ryan story was started Genie was brought back and I'm assuming her demands met. Well played girl, well played.


EVEN THE WRITERS HATED IT:  The whole Kentucky Fried Chicken thing. Now, it was fun for about 3 minutes--then.. embarrassing.

BEST FUNERAL: Nathan--Dante did a great job with that and I loved the editing.
CUTEST COUPLE:  FAnna  I really loved Finola and Michael's take on their relationship
WE DIDN'T NEED: Anything Cassandra
THING I REALIZED I COMPLETELY FORGOT ABOUT DOING THIS BLOG: The Earthquake!! Wow, totally forgot about it. 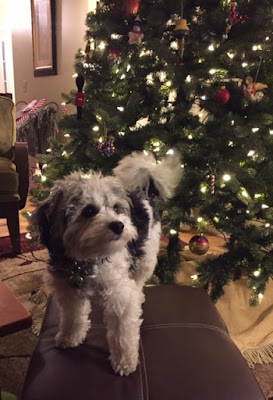 My year: We got our new doggy, Tillie who's been a delight and energy joy! Also made it to Australia and have a fabulous time. I also gave up some of the blog for the first time in 19 years to a co-editor, Dave --and I've never regretted it! He has some of the best ideas out there and even edits now and again. Thank you to all of you as well for reading this mess every week. Heree's hoping 2019 is full of Ryan killings and crazy stuff I love.