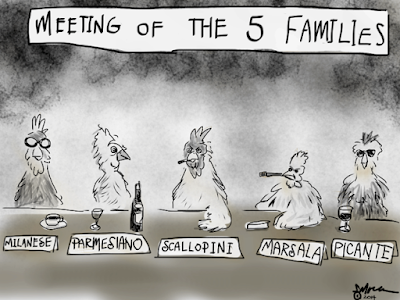 YEP, they all met. Russian, Asian, Italian..Jewish, you name it, they were there! Sonny: My Territory was VIOLATED!! bahahahha.
Serge, the Russian guy with the glorious ponytail is totally plugged by Sonny--shot dead. It was a weird scene.
I guess there's 4 families now.

I so wish Julian just knew that was Ava already.

Morgan is acting so stupid. Carly is just laying into him!!

Sam finds out Silas is dead... she's shocked but not too shaken up.  Flashbacks.

By kdmask - August 05, 2015
Email ThisBlogThis!Share to TwitterShare to FacebookShare to Pinterest