Twubber Challenge!! PICK FIVE Characters to remain on GH in 2011 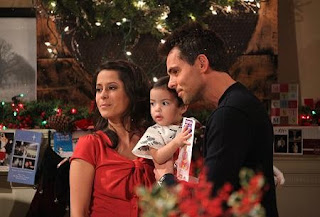 I did this on twitter abobut 11:25 this morning and got a TON of answers!! They were diverse and great--some leaning towards the mob-- some leaning towards the couples. I chose five as a number because it would give people 2 couples and a spare if that's which way they'd go.  Some people saved kids like Cam, others saved people like Max and Diane.

@jflowu: Tracy, Edward, Luke, Lucky, Lulu (I don't count Helena b/c she isn't on, right now. But if I have to pick she stays over Eddie Q.)

@angel_Halo: Jason, Sonny, Carly, Michael, and Sam. That was a challenge. 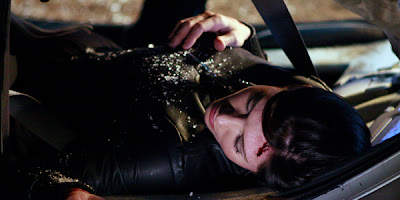 I then threw in a ZOMBIE choice...someone back from the dead!!
@Bridgett912 @WubsNet Claudia Z gets my zombie vote! She was on crazy biatch.

@AnnabelleRogue Oh, if we're going for zombies, I want Alan Q back #twubberchallenge

SO, who do YOU pick?? I didn't put mine on Twitter this morning but did say I'd put them on the blog. It is HARD! LOL...I would want to build a whole new show with the people I have left, not necessarily my fave characters... so I think I'd go for:

These were hard for me to pick..I think keeping Robin would help the hospital (plus she grew up on the show) , we have a Cassadine lawyer and a Spencer cop--(who has long legacy to the show)...Michael keeps up the Corinthos line and Tracy for a baddie Q influence. Sorry Luke. Lucky's taking over for your family!!

AMC: Boring..yada yada. Jake was having Dante-esque flashbacks with the danger and Cara

OLTL: Matthew finding BO!! eeeeeeeeeeeee!! I was dying!!  Bo thinks Inez is NORA!! Rex found Nora thank god-- phew, I couldn't deal with Eddie raping her. NO WAY. The numb Hillary B acting was so great.
Clint is so evil!!! He's like the '80's Asa!!
Natalie and John...nice except for the secret....!! We don't even really know which "daughter" Clint switched, btw! Or if Marty switched it!! So, John could still be the father, but will find out he's not...but he is! LOL
John might have had Natalie squealing yes if he had a giant ring. Get with it!!
I so want Eddie Ford to go to Port Charles and kick some asses.
<3 the time jump.

GH:  Lisa/Johnny... I'm just having a hard time with this.
Brenda and Sonny, I'm glad S&Bers are happy. They had their moment today!
Yeah, Abby meets Carly. AND THAT SAM introduced them! LOL Carly is gonna kill Sam! heehee
Tracy looked fabulous. She and Tony are so enjoying this.
Abby even SOUNDS like a man. LOL.
Jason and Dante sounded like a country and western song..."I done wrong.... I loved her but can't have her......." And good Laws but the Liason peeps are going to go NUTS after today's dialog!! eeek!!! :hiding: WOW. just WOW. I'm ending this here eek.
By kdmask - December 13, 2010
Email ThisBlogThis!Share to TwitterShare to FacebookShare to Pinterest