So, Wubqueen called it LONG ago: OLTL--Sky/Rex!

OLTL--you know I called this about the 2nd week Scott Clifton was on. HE is totally Rex's BROTHER! Did you see Roxy today and the baby!!?? YEP..unfortunately idiots let him GO so we can never really rejoice in the whole thing. Speaking of, the whole Kish thing is reaching news: AOL has a big story on it today. I'm hoping it makes Entertainment Weekly. BTW, reading some comments makes my blood boil. It's 2010 and there are still nasty bigots out there. Until the day I die I'll be working on gay rights and marriages. I hope to dance at MANY of their weddings!!
I'm just stunned about OLTLs decision to keep some of the cast/storylines (really, Marty/Natalie/John??...Christian and anyone??) --in lieu of the potential ones they are throwing away. How old IS Marty? I thought she was my age. Greg Vaugh is headed to Naples, FL as a Grand Marshall
to support (NAMI) National Assoc. of Mental Illness
GH: "Ripped from the Headlines" says GH's PR department while talking about Krissy/Keifer. SOS Ryan was laughing about it--seems they are the "Rhianna/ChrisBrown" of daytime. :eyeroll: ok, whatever. I mean, we aren't laughing about the storyline, but more about GH's "Ripped from the Headlines..shocker! Huge!" heh.
NEW SPOILERS up..guess who makes out with Coleman at Jake's this time!!
IF FELICIA doesn't come back for Maxie's heart crap, it's totally lame. Which we know she won't so it IS lame. LOL. Wonder if she'll call.
Now that stupid  OLTL let Scott Clifton go, we NEED him back on #GH. I'm thinking we all start addressing letters to him there at the studio. LOL, like we are expecting him to just SHOW up.
UGH, hated Krissy getting beaten in slo-mo today. HATE she is going to blame Ethan, especially after he takes her to GH!  He was SO NICE to her when he found her!!
Christian is doing a great job as is Lexi on this whole thing. Must be hard at their age. Sonny and Deke and his mom... and it will get worse when he sees Krissy.
"You two grown-asssed men are going to stand here and tell me she got what she deserved"?? Sam to Ethan/Luke
HELLS IN A STUNNING OUTFIT TODAY! :Twirling: Told you she got some new clothes. Loves it. And she calls Steven Lars out on some skeletons in his closet! Nice...love secrets.
Lucky calls it quits with Lizzy.
Luke says he's "Sick of himself"...LOL Says Kristina is "dressed like a baby hooker"!!
Spinelli has on a gray robe from the Toxic Balls Days!
Monica Looked FABOO today! Love her hair!

I HATE Daylight savings time!! UGH today is just out of sorts for me..plus dark in the am was sucky too. I don't think we need this 'savings stuff'..it's UNNATURAL!

READ ALL about the Rally to Save ATWT!! NYC peeps especially!!
By kdmask - March 15, 2010
Email ThisBlogThis!Share to TwitterShare to FacebookShare to Pinterest 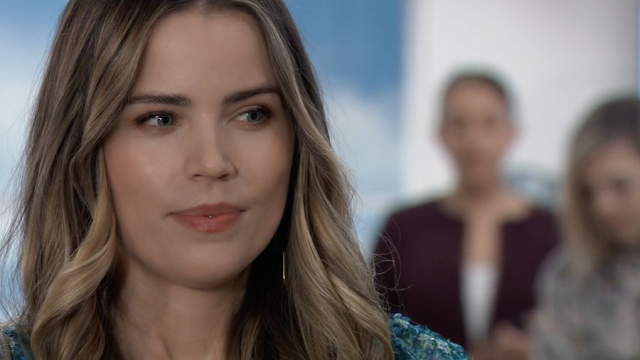