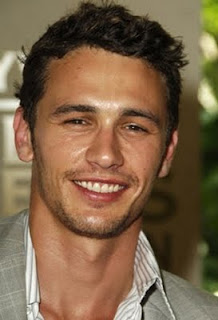 Yep...that was our GH last week! More ensemble work...James Franco prancing around, seducing women (and some men?!) nice Thanksgiving scenes--what's going on? I guess the world is watching!! Did you know that in reality Mr. Franco is done taping all his scenes? Just sayin'. What did you think of it all? I personally think any of the soapies we know could have done the part just as well--I mean it's not like he did contortions or anything. BUT! It IS handsome Mr. Franco--bringing with him all the mainstream media so I'll take it. Maybe some new viewers too? Will they be able to hang on like we have year after year? Doubtful.

On to other stuff! Remember Gia? Marisa Ramirez is going to be on Castle this week!

I've been talking about the Toys For Tots drive that the Spixie fans have created for Bradford and Kirsten's holiday joy. Just donate a toy at your local Toys for Tots drive or give directly to the charity. How can you find out more?? Go to Fans Giving Back...a fab new website that has many, many soap stars and their charities listed. Karla, who took Alberta the lobster on the Aids Walk LA started it and the reception by soap actors and writers has been amazing.
Speaking of Alberta, she's off to the Habitat for Humanity GH fans get Building event!! She's going to be with Kirsten Storms, Karla, Paul and other GH peeps. Watch the video "The House that GH Fans Built" on the website: Habitat for Humanity.

There are so many charity events going on, it's amazing. How can you help without spending a red cent? By clicking on the sponsor ads on Wubs Net. $50 is being donated to the Toys for Tots program this month. Thanks so much!

I hope you checked out Chrissie Fit's fun new Web Saga..."The Subpranos"!! GO, watch the intro. It's going to be a blast. I can't wait to watch some great comedy on the net. Two New YAWK girlies let loose in LA!! You can also follow the series on Twitter @thesubpranos. Chrissie will also be on GH again in December!

What's coming up on GH? The Franco mystery deepens, Michael spins more out of control (Post Traumatic Stress Syndrome?? Hmmmmm. ) Alexis and Mac flirt after she tips one too many at Jake's. We get a Karaoke night again. Rebecca's exit, Lucky's going to find out about Niz and the Cassadine story. DOMte reveal and Olivia and Sonny are going to get cozy and kiss. Let's hope they keep up the momentum.
Have a great Sunday...see you tomorrow for GH

By kdmask - November 29, 2009
Email ThisBlogThis!Share to TwitterShare to FacebookShare to Pinterest