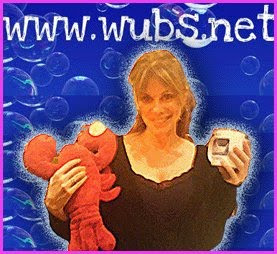 I'm back in the recliner again (to the tune of Aerosmith!)

OLTL: Todd tells Danni right off she's his. That's Todd! I take it he saved Tea from Ross' strangle hold. I missed it yesterday. I still see Joey Martin when I look at Ross. Wonder what Starr will do w ith her newly found sister!? I hope they hate each other at first!! Love some good soap dramazzzzzzzzzz.

GENERAL HOSPITAL: I saw yesterday's show. I personally liked it. I think it was the ensamble work. The set was kinda funny...but Kirsten Storms was fab. LOVED her humor in all of this. Franco and Geary were wonderful. I do actually like the staged crime/artist storyline. They could have made him just another mob thug but didn't. (see I can give it to the Guza when it's warranted!) Ok, on to the important stuff: wardrobe. WHAT THE HECK? Sam? Spanxx? Maxie was way underdressed, imo. Lulu looked nice in her emerald green.

LINE O' THE DAY: "Your panties are already half way down your thighs"...good laws. Franco to Maxie. LOL. I am not sad Maxie is doing it with Franco. Come on, it's a soap, Franco's on for about 2 seconds--and what the heck.

Today's show: Maxie and Franco. His mystery woman is VANESSA..great name. "I make everything up". I think Guza is channeling Guza while doing Franco!
Sam's boobalage is spilling out. LOL.

JJ with Bruce Weitz! WOOT! JJ hasn't taken my advice to shave however. Oh well, can't do everything. Love JJ and Sonny as well, although it's HUGELY different than GV's vibe. I have to think it's a new character almost if that makes sense. CAMPING TRIP MEMORIES!
I LOVED their talk today..yeah! very good. LukeSon memories. JJ did a fabu job today. He really sold me on the explanation. Loved his take on Justice. "maybe in someway my badge levels the playing field for people who don't have power".

Olivia's outfit matched her wall color today. I also heard some trolls showed up to the Entertainment Weekly boards when they were talking about Franco to bash Lisa LoCicero, BB and even a writer! WHAT THE HELL? Good lord, do you people really REALLY want the "soap fans' reputation to get even MORE sterotypical? How classy--posting trash about ANY actor on a major entertainment board when they weren't even dishing about them...!! Bad form. I don't care if you hate an actor or character, it's just so sad there had to be a dang war over there for the world to see. OUCH!
Sonny: "I can't think of anything worse than your own son investigatin' you"!! Oh, the irony. OH THE ANGST!!!!!!!!!! heh. THEN he tells Dante he'd die if his son was ever a cop. :thud: get ready!!

cause KATE IS WITH THE KIDS, you idiot! God, does he think it's just ok to take off? What if she would have left, gone to France with some 20 year old druggie and partied topless? What would people say then? YOU DON'T GET A BREAK WHEN YOU HAVE 8 KIDS! Good Lord. He sounded like a typical guy that has NO clue what it's like to be a father 24/7. No wonder Kate had to kick his ass so much.
Glad the whole thing is over. Good bye. See ya.

The Adam Lambert hooplah is HYSTERICAL! SO, #GMA cancels him for being to "provocative"?? After the skanks they've had on ?? Brahahahaha. Then again, they've done him a HUGE favor. Talk about coolness factor shooting up 900%!!
By kdmask - November 24, 2009
Email ThisBlogThis!Share to TwitterShare to FacebookShare to Pinterest