BOOM! Down Goes a Cassadine! 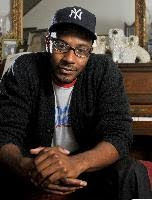 Nice article on new Detective on GH....handsome McKinley Freeman! It says though that he's only on for 4 eppies! I hope he stays longer.
AMC, how stupid to have Scott put the ring on Annie. ugh. DIDN'T like that!
OLTL!!!! let the MADNESS BEGIN!! WOWZA. I was so hoping that would be Nash's body sitting there, rotting! eeeeeeeee! Poor Jess...will her mind snap? Lordy, MINE WOULD! Great suspense. I knew Natalie would be in that closet. Nice ending.! Rex knows, John "the brain" McBain figured it out (on the plane LOL)...and Mitch steps out from the shadows. :THUD:
BORED with Christian and Leyla...BORED.
GIGI... she needs Drunk acting lessons, just sayin'. LESS Gigi today would have been welcome..they dragged everything out too much.
GENERAL HOSPITAL: Liz and Nik in the storage closet? Okayyyyyy. cut to soft-porn music.
Ok, so Jax was wrong--but come on. To blame him for the WHOLE THING!? Not fair. Just sayin'. I'm feeling badly for Jax, just because he finally gets a kid and it's ruined.
Mayor Floyd is looking a bit like Don Drapper!
At least JASON says killing someone is wrong.
Donte is the same height as Lulu. Lulu was looking like GF today--maybe it was the hair? And, Maxie was seen on Media Net visiting Lulu..did she do that? WOW..Mike talking to his grandson DOMte! :)
Hey, Keifer...you are so stupid if you don't run far far away from Krissy!!
Nice ending. I gotta say it's a dream though. Liz' guilt coming out. BOOM! Nikolas goes down...Lucky shot him. (dreamwise)
NO NEW GH OPENING!!!!!!!! WTF are they doing??????! BBarash has been here for two years! No Dr. Matt...Claudia never got in. God, my KID could do a new opening! They are toying with us people!
OK, Enough with the Mad World.
LINK TO NEW ABC Promo: Night of Passion (their name, not mine!)
MAURICE BENARD'S Movie: Confessions On Demand! VOTE To have it in the LA area! (I used zipcode 90027)--get the word out and let's get his movie on the move!
LISA LOCICERO: New Official Fan Site up! Has info on joining her fan club and tickets to the FCW!
HOW FABULOUSLY Groovy was the MAD MEN finale last night? Swoon. Loved it.
By kdmask - November 09, 2009
Email ThisBlogThis!Share to TwitterShare to FacebookShare to Pinterest