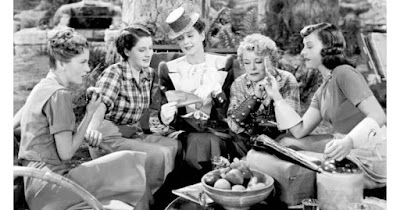 ALL WOMEN EPISODE: Note, each is a short scene with no real wrap-up, letting the viewer imagine the ending.

Scene 1: Maxie's Apartment
The episode starts with Felicia and Maxie getting ready to watch a movie in the living room. One is making popcorn the other getting the DVD set. They talk about the movie being “The Women” and how it is a classic.

Scene 2: Charlie's Bar
Monica and Lesley at a table discussing Gail’s Will and and what it all means. "Why would Gail do this?". Lucy overhears this while walking by and joins them uninvited, saying:  "Gail was one of my closest and dearest friends". Monica and Lesley roll their eyes. There is food in front of them, and they start bickering like they always do.

Scene 3:  General Hospital Nurses' Station
Amy is with Epiphany at the nurses station complaining about having to work the night shift when there are perfectly good men waiting for her at the bars.  Epiphany says “Men, for sure. Perfectly good? You’d better think again".  Bobbie then walks in with Carly and asks for help.  Carly is having severe cramps and is worried about her baby. Epiphany sends them into an exam room and says a doctor will be with them shortly. Bobbie and Carly reminisce with  Bobbie telling stories of BJ and how Tony would have spoiled all his grandchildren. 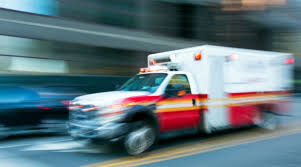 Scene 4: The Dawn of Day House:
Shiloh's followers are packing up the house and are getting ready to leave as they are fleeing overnight.  No one has told them where they are going. Alexis and Molly are driving and talking about going to try to talk to Kristina one last time about leaving the group and coming home. They get there and one of the girls is severely sick. Molly goes to find Shiloh and stall him (off camera) while Alexis tries to show Kristina that no one is getting medical help and people can die and Shiloh doesn't care. Alexis calls an ambulance with Kristina fighting her and yelling that Shiloh is handling it. Molly returns and says she couldn't find Shiloh and based on the office, thinks he ran off already without anyone and is gone. An ambulance is heard in the distance. Alexis tells Molly to go outside and wait for ambulance.  She then notices Kritsina is missing, the door wide open. Alexis realizes Krissy probably went to find Shiloh and warn him. Harmony steps out of the shadows and says to Alexis: You'll never stop him. He's a God.

Scene: 5: The Docks:
Anna is standing at the pier outwards at the water. Footsteps approach and she says “I didn't think you would show up”. The camera pans and the two figures face each other. It is Dr. O. Anna wants answers about Alex's time in the DVX and any connections to Victor Cassadine's experiments. Lesil tells her she will need something in return. "What could I possibly give you?" asks Anna  "Why your sister of course, we have much unfinished business she and I".... 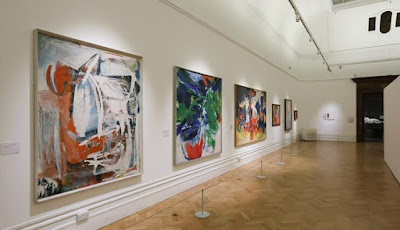 Scene 6:  Jerome Gallery
Ava is at the darkened gallery, pacing back and forth in front of a draped canvas. She's sipping a martini. "Always alone" she says to no one-- Her hand hovers over the sheet and she pulls it back with a mighty tug. There is a portrait of Kiki, standing in a field of sunflowers. "Franco" she whispers as she sips her drink.

Scene 7:  Wyndemere
Nina, Lulu, Charlotte and Sasha are having a 'tea party'.  "More cookies, Sasha"? asks Charlotte. Nina praises her manners and says how wonderful it is to have both of her daughters under one roof.  Lulu's eyebrows raise a bit and she coughs.  Nina asks how Dante is doing (he's back in town) and Lulu tears up a bit. She says he hasn't been the same since coming home and is afraid something terrible happened in Turkey. "You mean he was living with the birds"? asks Charlotte. They all laugh.

Scene 8: The Spa/Nail Place
Sam is laying back in a chair with her feet in a soak. Liz is beside her doing the same.  They talk about how it is to have kids underfoot all day. Liz tells her to just wait until they get into their teen years. Sam asks about Franco. Liz says "oh we are boring, I'd much rather hear about you and Jason"! Sam says "I bet you would "!!  Liz says maybe they should Grub Hub in some Chinese food and they laugh and laugh. Robin walks in and says "Well look at you two"! Sam "We are talking about Jason" .... Robin's eyebrows go up and down "Oh, I think I need to sit down...we have a TON to dish"!!! 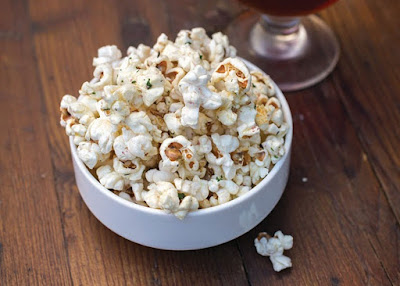 Scene 8:  Back at Maxie's apartment
Felicia and Maxie on the couch and the last scene of the movie is on the TV. They  make small talk about their relationships and the heartbreak of loves and losses.  Georgie will be mentioned and a flashback shown.  Maxie asks "I wonder what she would be doing if she were alive.   Felicia says "Something courageous and noble, no doubt"

Scene 9: (Fantasy Scene) at General Hospital
Cut to the hospital. We see a pair of legs walking into Carly's examining room. Camera looks up and it is Georgie  in a doctor's uniform, telling Carly that everything is fine, and the baby is fine. She says she will fill out the discharge papers now. She walks to the nurses stations and asks Epiphany for the papers, and her phone rings. She answers and says "I'll be home soon. Tuck her in and give her a kiss for me. I love you".  Georgie walks to the elevator and gets in. As the door shuts, 4th wall is broken and she winks to the camera.


This episode was directed by Kimberly McCullough

PS. This is a work of fiction doubling as the Wednesday blog.
Feel free to post anything and everything. Have a good day Wubbers!


By delcodave - March 20, 2019
Email ThisBlogThis!Share to TwitterShare to FacebookShare to Pinterest