HEY! HELLO!  I'm here for another snipe-filled fest of love/hate/angst about GH.

It must have been an ok week because Joss did a smack cam on Franco-- and our Brownstone is back!!
So... strap on your corn husks and let's go!!

The scripts this week were for the most part, HILARIOUS.  I even tweeted one of the writers I was dying laughing so hard. Great inside jokes. Joss and her corn outfits, the Brownstone...the Sam's boob joke. There's a million of 'em! 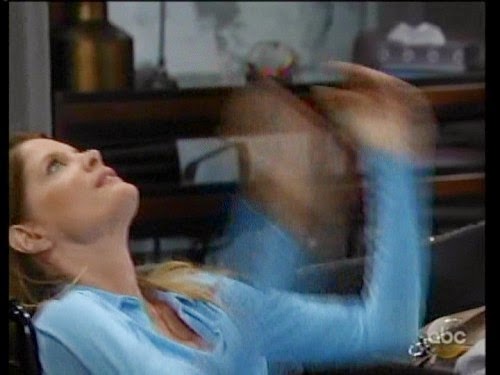 Nina:  The story is moving forward and although I think it's packed in too tight, I do love that she's nuts and losing it all over. Silas doesn't quite seem to know what to do. Easten has played stoic so long it may be hard for him to get out of the low-talking long enough to deal with ol' Nina.  Nina also had the line of the year "Four and 1/2 feet of pouting cleveage" when describing Sam. And getting a look at Sam's 'DRESS' for her date, it was just perfection. 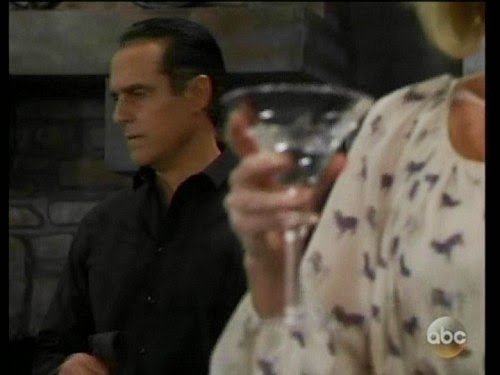 AVA...telling Sonny she's going to drink!! Sonny all pissy--"I will  kill ya when the baby POPS OUTTA yo' womb"!! Of course, she's just driving him nuts. She was drinking a giant glass of milk in another scene. We did manage to break a barware item this week though.  I am over Sonny/Carly and Franco already. Yes, it just started but ugh. The Sonny and Carly train has left the building NUMEROUS times.  Todd is going to be like Jax and every other guy she's been with.  Snooze.
Ava's mama (Delia) will be on next week, I am looking forward to that. 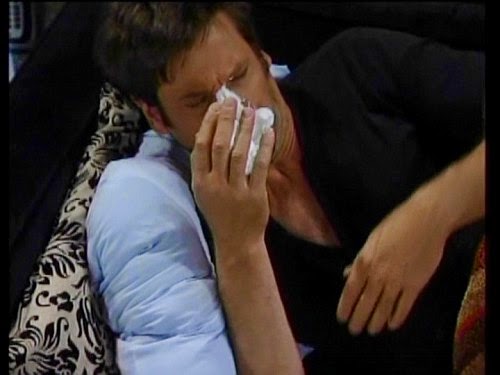 SMACK CAM!! Oh yes.... First of all, I used to love smack cam..and the fact she Vined it? Priceless.  My only beef with the housing thing is that Lucas and Bobbie should be there. Or at least be mentioned. Other than that, let's roll!! 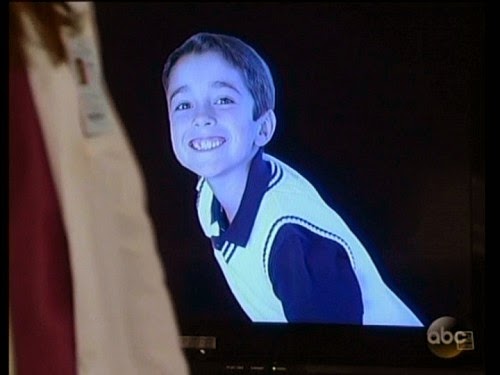 Dr. O's power point! Highly ridiculous but very very entertaining. heh... It reminded me of the movie "John Tucker Must Die" and the presentation around him. Of COURSE Nikolas waltzes in right when this pic is on. Having Britt and Mudder team up? I can deal with that this summer.  Now, get Brad involved and we'd be gold. 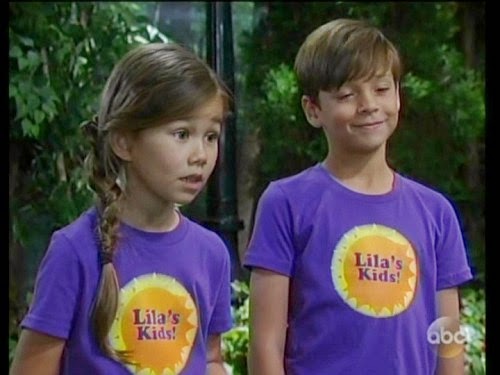 SUMMER CAMP! Hey, I'm diggin' it. Alice was even working the registration. It's something different and could be fun. Maybe they'll find a body in the woods. Or fall down a hole and look for treasure... find a little alien friend to get back "home"... 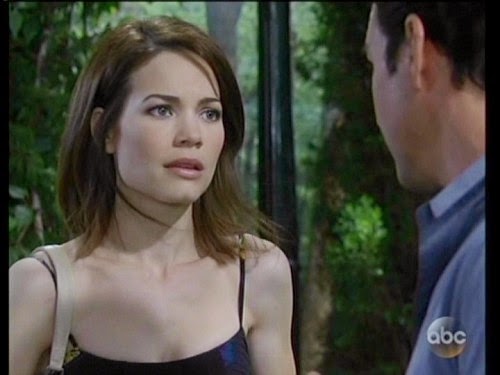 Liz got her job back.  Darn, I was hoping she'd be slinging hash at Kelly's. Brit got it back for her which was actually a brilliant move. Nikolas thinks she's all nice now.  Of course, Obrect wants to kill Liz with a giant gun and also have Britt seduce Nik in her bikini. Heh. Oh how the mind works. 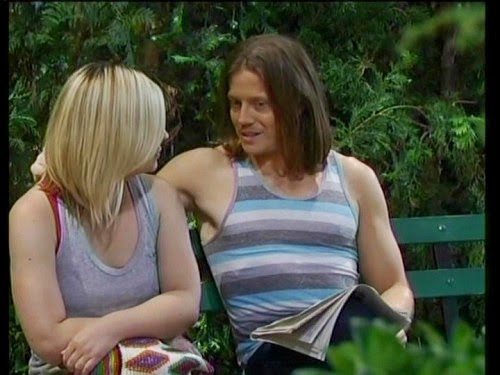 Levi convinces Maxie he didn't call the judge, making Nate look all jelly for saying so. Then this idiot decides to "protest" the Waterfront project. Why? Will there be endangered trout involved? He can leave any-time.anyyyyyytime. In fact, since Shawn seems to have disappeared, he can just quietly go. We won't even make a peep.
OH! a Ms. Baldwin on twitter came up with our new nickname for Levi: KATO! The house guest that won't leave! How Brilliant is that? and the HAIR FITS! 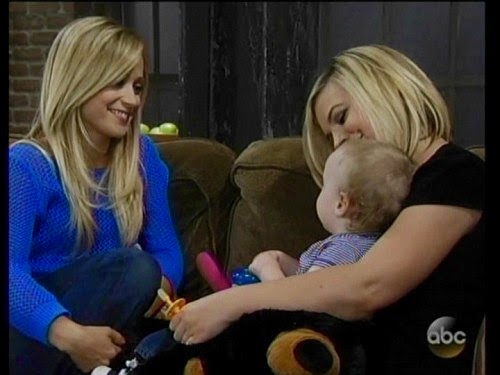 Nice BabyBen...I mean Rocco scene. Good to see these two talking again. I do like their friendship. Glad Maxie went to Lulu first. STRANGE she didn't go to Felicia, but we know how the schedule runs at GH so I'm happy for this! 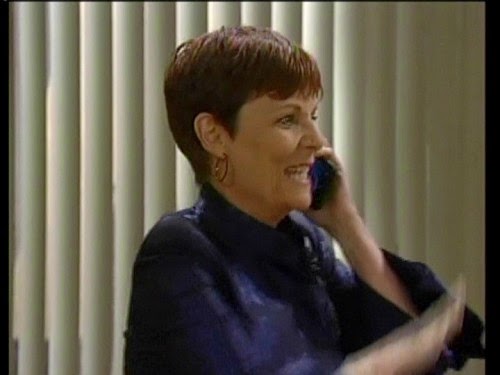 Tracy calls Luke from Micheal's office, all joyful of her plan and he walks in. But is she busted? Nope, she covers. I guess Fluke will be on the phone for awhile? She also convinced Michael they are annulled. You know that's a fake. 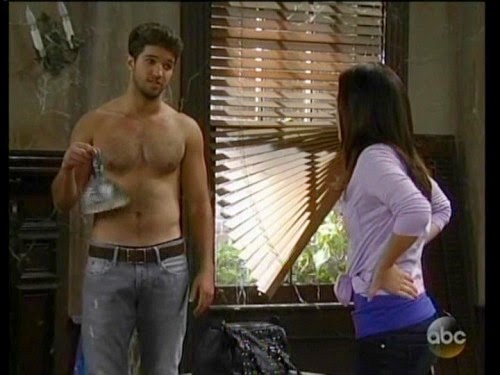 Brownstone!! EEEEEEE. I'm so happy!  I did tweet about wanting it enough...I'm choosing to believe that they listened to me. And hey, with Captain Morgan and Kiki all sweaty..what could go wrong? Bow Chicka BOW BOW.... 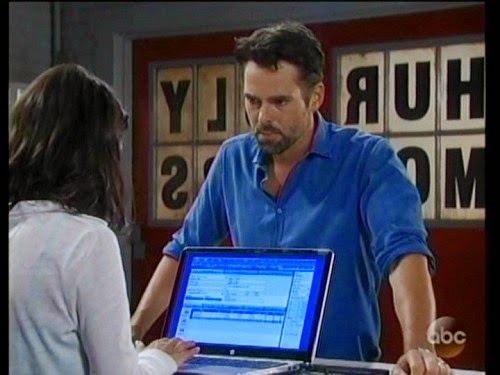 "SamTrick" as they are called, managed to track down a PAINT CHIP to some garage (looks like Johnny's) and find the culprit in like 1/2 a day LMAO. Ok, then!! The garage owner was the grandson of Frank/Doris...creators of GH so that was a nice little easter egg in there. 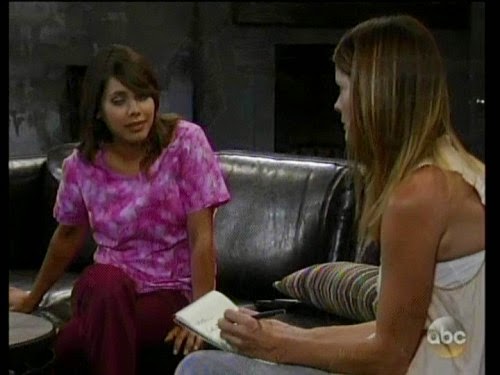 FIND OF THE WEEK: wow..  LOVE her. Rosalie is just such a good find-- great casting. You never know how these 'side' people are going to work out but she is great out of the gate.  She's a pistol. She and Nina with the "list" heh. 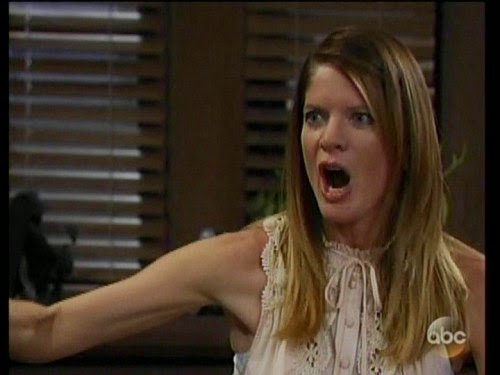 FACE OF THE WEEK:  Nina Cray face....she's talking about Sam and her chestaloons right here. 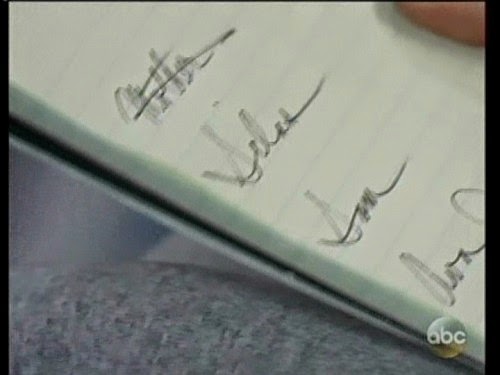 PROP OF THE WEEK: The list of grievances!! OH yea...straight out of Seinfeld


So, there you have it. Not a terribly exciting week but it was funny. I'm still flumbuttoxed over the flipping/missing characters. We also know Jason will be back this summer...NuJason. It will be a recast, Steve's staying at YR. I wonder how Robin and Paddy will break up for good and what she'll tell Emma? I don't think Kim is back for good.

Have a great Sunday.  I went to the Jazz fest many nights and I'm tired...but having a BBQ today so, I have to find my energy somewhere.  I need a friendly pharmacist to hook me up. heh.

By kdmask - June 29, 2014
Email ThisBlogThis!Share to TwitterShare to FacebookShare to Pinterest