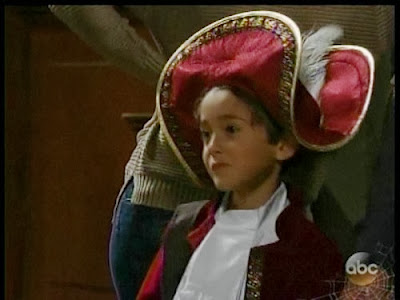 Ahoy Mateys! ! What a great week on our show!  I really liked all of it. Wonderful writing and acting. I chose Spencer here because he just charmed me so much. Great little actor to go along with our Emma.  He says: "IT's SPENCER" when Felix tries to call him "Spence"!

Let's get dressed in our best Halloween garb (I'm going as Aunt Ruby) and get going...BOOOO! 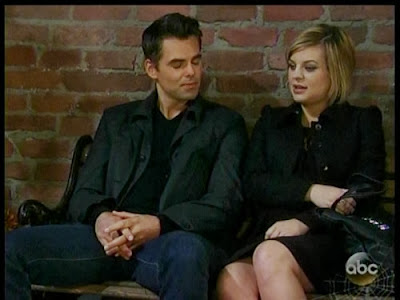 Monday was the weakest show for me, but saved by Maxie and Patrick's chat. I really like the little moments like this.

I'm going to do something a bit different this blog.  I'm going over just my fave parts with you because I found the entire week fun. 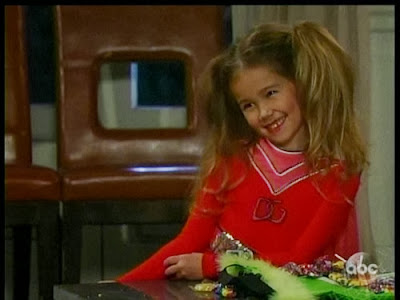 OH my GOSH... she was adorable and I LOVED They used this show for she and Sabrina. SO RETRO!! Brooklyn was a doll in her scenes and you know I thought Spence was adorable too. 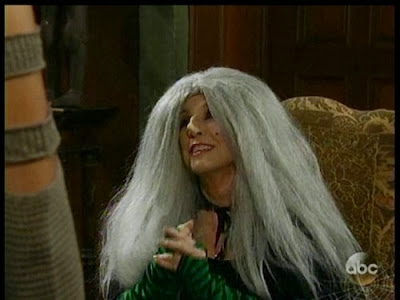 Nice suprise to see Leslie! I saw the stills for this week and couldn't figure out who she was!! When she saw Faison? GREAT touch!! 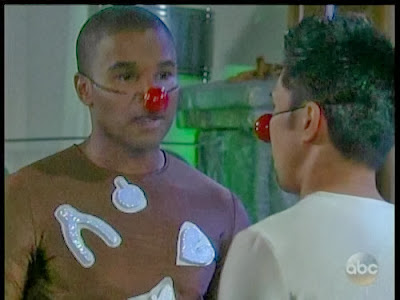 One Annoyance-- This guy. SINCE WHEN is he so obsessed with that BiG baby BEN? Geesh..give  it up. At least he notices that the baby doesn't even come close to looking like Britt OR Brad. 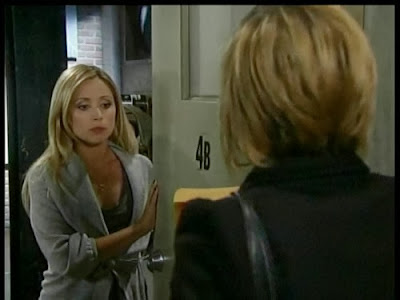 I even liked the Lu-Max confrontation for some reason. They both layed it on the line and I could finally feel the soapy-tension.  Nevermind that I think Lulu's delusional...she went for the jugular.  Maxie's going to do the same. It will make for a good, messy case. And if what we think it true, Baby Ben will be Lante's and all will be well. But will it? Nope..because they are going to ruin each other in this process. 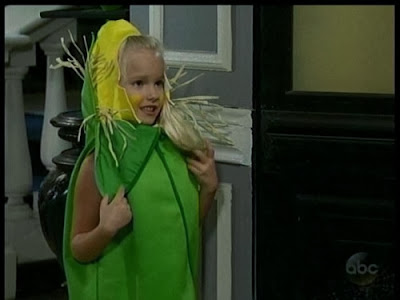 Joss as the CORN again.   LOL best inside joke that keeps on giving..and she WATCHES The Movie instead of Trick or Treating. LMAO.. I think Nancy Lee Grahn is in one of the sequels. heh.  Double joke. 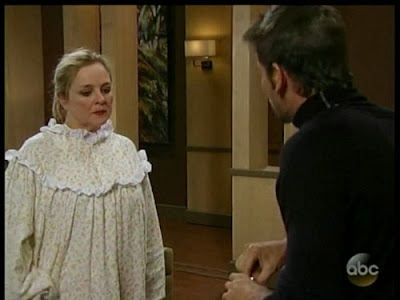 Knowing what's coming next week..this was SO telling. "Wash your mouth out with soap!" If that's not a giant hint, I don't know what is! 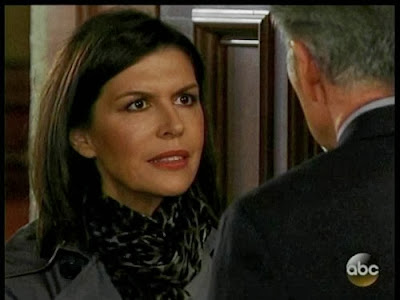 Enough of this. Finola is perfection playing Obrect playing "Anna" but ENOUGH.


More gems:  Elizabeth as Snow White. We all know we think of her like that.! They put her in the "Sexy" costume and she's got LEGS--woohoo.  Her look at Britt about Nikolas was spot-on.  Heh.  NIKOLAS as the "Dark Prince". HELLOoooooooooo. He looked so fine!! Squee. I think he and Rhys Meyers look so much alike anyway, and now this? THUD.
Morgan vs Sonny: Great Operatic stuff, eh? Son vs Son...Father vs Son. Glad Morgan joined the dark-side for awhile. It will be redemption in the end but for now? I'll take it.
Obrect and Faison provided hijinks and comedy for me. Faison is like watching Ozzy in those first few episodes of the reality show. He's become dottering and a bit scattered.  Still deadly but "off". 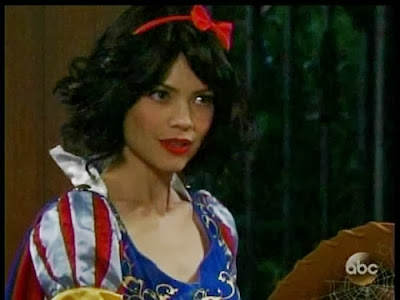 My favorite Halloween eppy was this year's-- I really really loved it..ALL. BUT-I have to say the best day of the week was Wed. 30th. The writing, the acting were  both superb. There wasn't even any of the "Scorpio" stuff on but I so enjoyed the whole hour. It reminded me why I watch soaps.  Having Delia on from Ryan's Hope to be revealed as Ava's mom? Inspired. Even if you never watched that show, you can see how she 'fits"!!  That leads me to.. 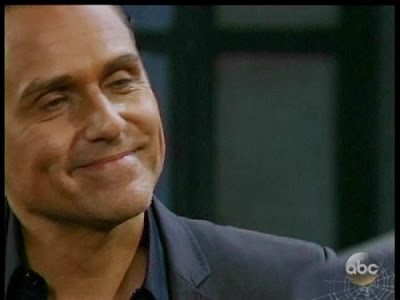 SCENE OF THE WEEK:  You thought I'd pick a Halloween one didn't you? Nope..and I am shocked my self at what stands out for me. I absolutely LOVED Sonny and Julian. Sonny was FULL-on gangster mode. Yes,  I complain about the 'mob'..but when it's written well? It's awesome.  Sonny "Playing" with Julian was just a joy to watch.  Every line was good. Maurice was having a blast. Engaged and full-on. 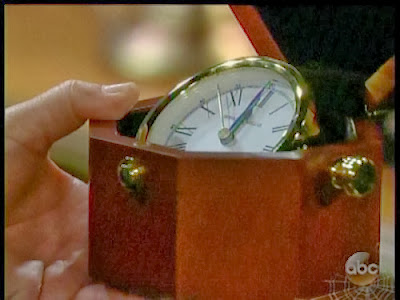 PROP OF THE WEEK:  Mike's clock...given to him in love by his father on his wedding day. Now used as the instrument of BETRAYAL between them...muah hahaa  ha ha. 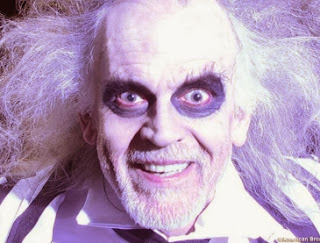 FACE OF THE WEEK!
Goes with my line of the week "You should have been David  Hasselhoff like I told you"... heh.

SPOILERS ARE UP! Next week is going to be a good one with the Todd Reveal..or, the Tranco..oh the never mind.

By kdmask - November 03, 2013
Email ThisBlogThis!Share to TwitterShare to FacebookShare to Pinterest