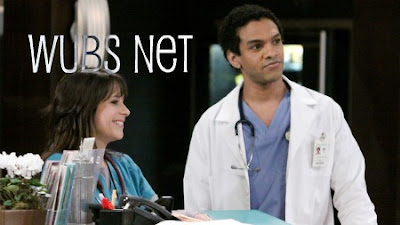 SO, we have a new staffer!! What do you think? Although he seems to be cute--and a decent enough actor, s face it--do we NEED a new  character? Who's only related to a psychotic character that's not related to anyone? Why not have him be Maya's BROTHER?? There's an idea. He still could have been working in East Buffalo or whatever-- moved to Port Chuck, he even could have known Lisa--but he'd be related to someone on canvas. Someone that also works at GH, and a sister he'd have to get all snarky with about marrying Ethan.  Edward could not like him for that, but lets him move in because of "Mary Mae"..more Q's at the homestead!!
Please..MUST I THINK OF EVERYTHING, GUZA??!! See how easy that was?? Not to say that bringing in a related character (Steven Lars) does much for the history of anything, but at least the potential is there.
Just sayin'.

On to the KeMo news that Mr. Tinseltown (Terry Morrow) posted yesterday on his blog. Did you read it? If not,  please take a moment to do so! She basically admits that TIIC know that GH is suffering in the ratings and that the whole Brenda/Balkan crap isn't working. I do like the Balkan-- having him integrate himself into the cast is nice, especially doing it through Alexis/Diane's law firm. I still say Ms. Barrett should have come back to Port Chuck right away as something to do with Crimson, then the Balkan mess could have started.
Bringing me to my second point: Wasted characters..or the "forgotten only to pop up later characters"..case  in point: Suzanne. Here's another "Mayor Floyd wife", "Keifer's Daddy" yada yada-- who will be dragged into the story whenever and we're supposed to care. Hell, she hasn't been on in about 2-3  weeks. Sorry, I hate that crap...either use your characters or have them leave.  If she's going to be in The Balkan's past, have her on more.
Kind of like Nikolas/Liz/Aiden/Lucky...we just aren't going to care when the baby reveal DOES come.  Why should we? 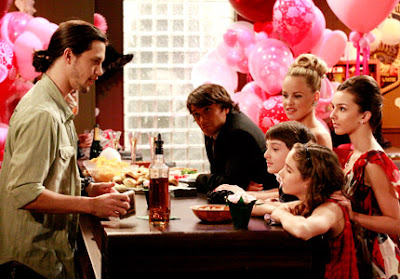 So, what's the "major shift"coming? I can only hope it's  more family time and  integration. HOPE I said, I'm not optimistic. Especially with Franco popping his head back in there in February to mess with everything again. Another "insert here"!! I hear he's directing too. We can only hope it's not done in some Fellini-type sheeze. As my friend and wubber Lori calls it:

Franco's Weenie Fellini Fronkisodes
If you're not sure who Fellini is... take a gander at this You Tube:

Just doing my job at educating our YOUTH about the Franco/Fellini connection. Well, the connection I SEE. LMAO


I'm so hoping that all this ELQ talk manifests itself  into real action. (Don't laugh). I can dig Ethan getting into some corporate wrangling, and maybe Jax will have more to do than argue with Carly or build stuff for Brenda.

Well, hope you had a great week--and will have a great upcoming week. Molly's going to start to break down, there's the Abby/Carly showdowns and Michael's venturing into the world of STRIPPAHS!  That's going to be good for a dang LAUGH!!

By kdmask - January 09, 2011
Email ThisBlogThis!Share to TwitterShare to FacebookShare to Pinterest
Labels: sundaysurgery