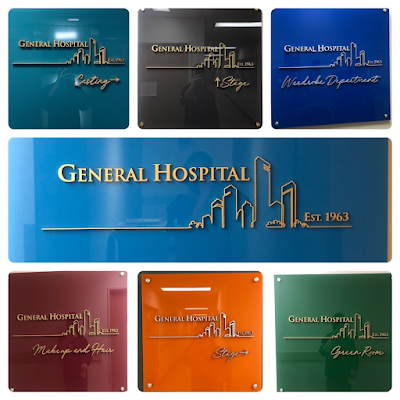 Carly and Nina argue about WILEY in Charlie's. :eyeroll: Ava leaves. Carly and Nina sit down. They argue..and argue about Wiley and Willow. Nina thinks that he should know Harmony is dead. Carly says he's too young. They just bicker until Phyllis comes in. Carly talks to Phyllis at the bar and Nina goes to the bathroom. Carly and Phyllis talk about Nina's baby being born. Phyllis wasn't there when Nina's baby was born, she was given the baby by her mother and then left. Carly wants to know who WAS there. Phyllis doesn't know.

Joss tells Esme to get her hands of Cam..Cam has to act like he's not mad at her. They all argue, Esme stomps out. Cameron tries to text Spencer and Joss is like WHO ARE YOU TEXING? WHO'S THIS IMPORTANT. So he stops. OF COURSE because ES is on her way home. Josslyn just keeps harping on Cameron. Trina leaves and calls someone.

Oh Trina and Ava talk in the Gallery about Esme. She wants help to find out how Es framed her.  Ava thinks that making Esme jealous will make her slip up. Trina then says she's been holding something back and wants to tell Ava.

Spencer finds pills in Esme's shoebox. He takes one, put it in his pocket and keeps looking.  Spencer, being the idiot he is sits on the bed to read the letters even though Cam managed to text him Esme was on her way. HE SITS ON THE BED? what? And Esme peeks in around the door. She yells. He says she lied about being in touch with her nanny. They yell at each other and talk about trust.

Ned tells Drew he doesn't want the companies to merge. Ned is afraid if they do he'll be out in the cold. Michael comes in. Ned is mad they have been talking behind his back. Michael isn't sure Ned will be CEO of the merged companies. Drew leaves. Ned is pissed. Feels like he's being sent out to pasture.

Willow's sad. Michael's just sitting there like a lump. Door knock. Alexis (Still temp recast) wants to talk to Willow about Harmony. Michael leaves. Willow and Alexis talk about Harmony's past and her sins such. Willow isn't even mad at Alexis for not telling her that Harmony wasn't her bio mom..because it was "Harmony's place". Alexis tells her what harmony told her about the lady giving birth in the commune and her taking Willow. Willow realizes she doesn't know her father either.

CARLY IS GOING TO GET NINA'S DNA on a wine glass. Drew comes in and sees her.

By kdmask - May 10, 2022
Email ThisBlogThis!Share to TwitterShare to FacebookShare to Pinterest