Willow still just stands there when she finds out about her mom not being her bio-mom. I guess she's supposed to be in shock? They talk about everything and she finally says "I didn't lose my mother last night".. I mean WTF SHE WAS YOUR MOTHER YOUR WHOLE LIFE!! Willow finds out she was basically kidnapped. She wants the ENTIRE TRUTH. You think Carly will tell her AHAHHAAHA. come on. She doesn't. Dante suggests a DNA test. Willow says not now. Carly and Dante leave. Better check Willow has a pulse because her reaction to all this is... just nothing.

Sasha is at GH for some reason getting a CT Scan?? I guess ...something happened? TJ says the scan came out ok. Does she want anything for headaches. He gives her an over the counter NON-habit forming one. Brando leaves. She's freaking out trying to get a pill from her purse but she flushed them all. Then that Photographer comes in and.. is like "Missing Something"?? He tells her he can get her more drugs.
Rando. 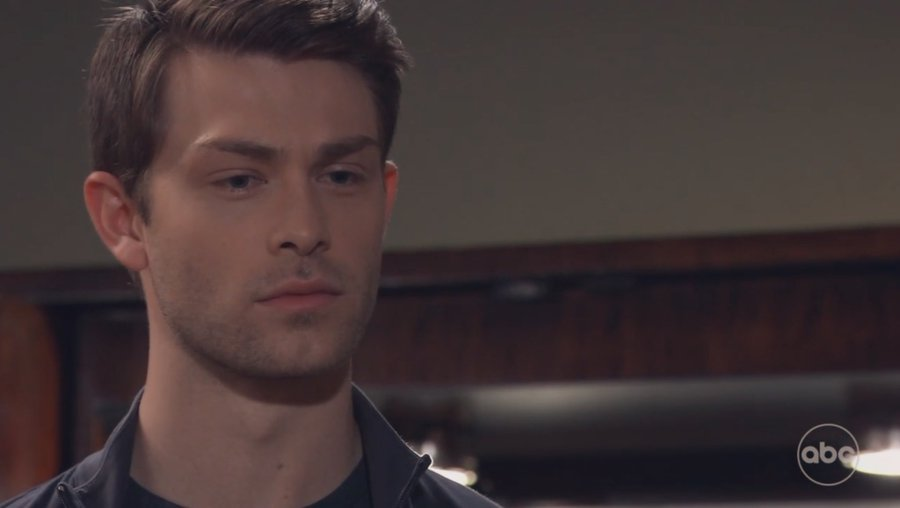 Dex comes in to see Sonny for the job ..Sonny rips up his resume. He just 'has to trust him'.  OMG Dex is so bland he makes Brando look like an exotic cast.  IT's just talking about him working with Sonny. Why in god's name would Sonny hire a newby with the West Coast moving in?? WHY? OMG Brando walks in. They look SO MUCH ALIKE I CAN'T BELIEVE IT.

Nina goes to the nail salon to talk to Scotty NOW! he's like Man! I'm getting my nails done. He says Liesl likes his nails trimmed. She's freaking out over the Invader 5 part story on her. Diane walks in, tells Nina to just drop everything.

So Valentin plops down next to Gladys at the Metro and takes her computer and looks at the photos of Sasha. They see she had pills. Val says this is really bad given her past. Then Sasha comes over (Val is gone) and Sasha tells Gladys they need to give the zip thing back to the photographer. Gladys is like WHY?

Valentin talks to Carly about Nina and Wiley. :eyeroll:

Jordan wants to find out who Willow's real mother is.

Willow wants to know who her "real" mother is...
I think she means BIRTH mother

By kdmask - May 06, 2022
Email ThisBlogThis!Share to TwitterShare to FacebookShare to Pinterest