Day of the DEAD

Carly and Drew. He say her take the wine glass Nina used. Wonders why. She says she wishes she could talk to Dead Jason, he'd understand. Drew says he's no Jason. Anyway, she tells him that she knows Nina is Willow's birth mother.

Nina is talking to Nelle at the graveyard. Boo hoo. Miss you. Boo hoo. No one will let me see Wiley.

Michael and Willow come to the graveyard to "see" Nelle and find Nina! They are going to see Jonah. Willow and Nina argue. Shocker. Argue.. and.. Sonny comes along. 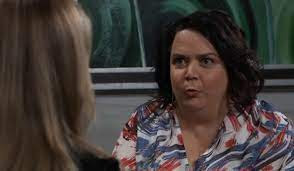 Liz all of a sudden says Nikolas invited her to stay at Wyndemere?? HUH? Anyway, she has to drop by home first. Oh! The medium Chelsea comes. (she's the same one that was on in 2019) See the photo. She gives Chelsea Franco's wedding ring. Chelsea senses a dark presence in the house that goes by a 'last name'. Oh could be Finn OR Franco, right ? 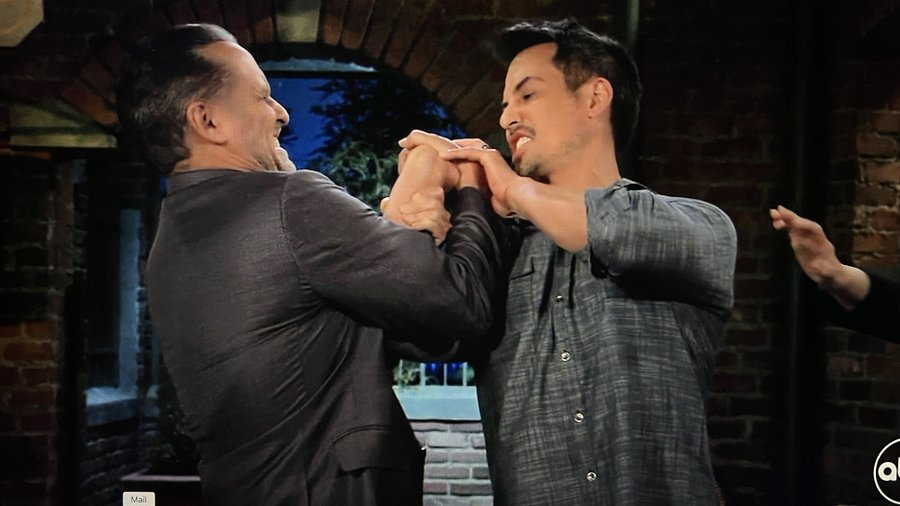 Laura and Sonny talk about dead Jason. Nikolas stops by (this is Kelly's ) to say Sonny and Nina were made for each other. Snark. They barb back and forth about Sonny kidnapping Esme and then Nikolas touches Sonny and Sonny grabs him and twists his hand HARD. "DON'T YOU EVER TOUCH MY SHOULDER AGAIN"!  Martin walks up. Spencer says: DID You see that? He attacked me. Laura smooths things over. Sonny leaves. Nikolas is still stupid enough to think Esme didn't film the kids having zex. He leaves.

Martin tells her that Lucy is like a "Sexual Panther"

Esme and Spencer. She gives him some line about her nanny and I guess the nanny doesn't date her letters because she tells him she wrote them years ago. Esme wants to have zex with Spencer. and...he stops her.

Spencer texts Britt to help him find out what the pill is.

Carly and Drew get caught at the Gatehouse by Millow trying to get DNA to test.

By kdmask - May 11, 2022
Email ThisBlogThis!Share to TwitterShare to FacebookShare to Pinterest