Austin and Brook... it's weird because I don't even think of Austin as a Quartermaine.

Alexis and Sam are spending a LOTTA time together. WHAT Is with Sam's SWEATER AHAHAHAHAA? 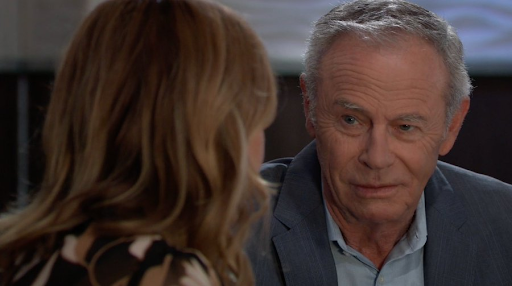 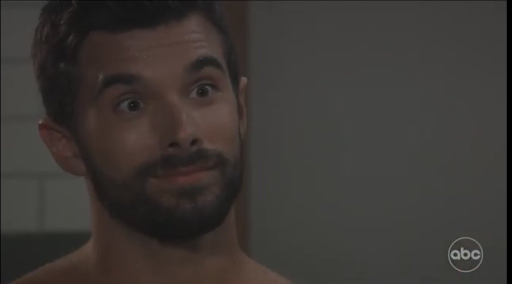 Shaky cam at the Qs... Brook tells Chase that Tracy knows the truth.  Tracy also suggested to Brook that Louise be taken across the ocean to be 'kept safe'. OFF CAMERA. Geeze. Brook says she wants her to move to Amsterdam--and Chase says he'll move into the Q house. Oh no, wait he wants her to move in with HIM. Oh they are going to rent their own place and have Tracy pay for it. WEIRD.

Drew sees Victor at The Metro. They bark at each other. Sam tries to stop them. Sam then tells Drew she gave Valentin his ELQ shares that were in trust with him.

Maxie and  Anna talk. Maxie is like: Louise? Yawn. Anna is worrked. Maxie is just bored. Anna goes over the 'evidence again'.  Stupid.

Felicia gets in to see Peter. Pretty lame, imo. He does call her Princess.

Brad and Britt eat brunch in her office. He's upset because he has no husband..and  Wiley's fam hates him... and no one will hire him for lab work. He also tells Britt his Aunt has a hold over him and he did something horrible for him. Oh he tells her he poisoned Peter.

Austin plots with Val against Brook Lyn. On the phone so far. Comes to his office. They don't say much. Then Victor comes in. Maybe he'll figure out the baby stuff.

By kdmask - January 13, 2022
Email ThisBlogThis!Share to TwitterShare to FacebookShare to Pinterest