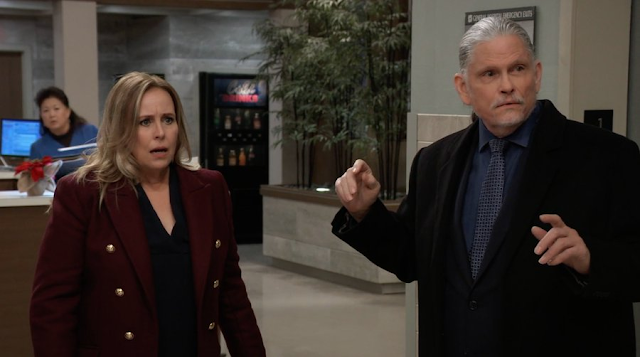 During a week that was chaos it was nice to (sometimes) have our show to look forward to. I had to catch up on Hulu a couple of times but I saw it all.  Great acting, directing and of course, dialog. Writers are stepping it up!

Some great scenes and a surprise was in store for us. Grab a nice brew of choice and hunker down. 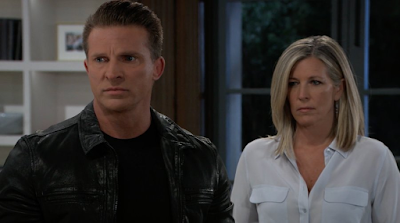 CARLY'S PLAN OF THE WEEK:  Oh how glorious the show is with a Sonny break!! I can't say enough about it. NOPE. Having Carly try to "run" things with her manic impulsivity played off against Jason's robotic logic is just my fave thing. He's Spoc, she's Kirk on steroids. AHAHAHAA. (now if they'd just kiss, I'd be in heaven). Carly took Florence and naturally, everyone thinks it's Jason. And Jason being Jason doesn't want harm to come to Carly so he's taking the heat. 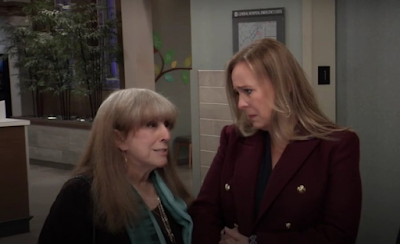 SURPRISE OF THE WEEK: It was just leaked like 2 days ago that Denise Alexander was coming back to GH and "no date given". Then she steps out of the damn elevator Friday and I was stunned!! YEAH!! The exchange between she and Cyrus about her colorful past was great. Her realizing that Laura was his 1/2 sister? Priceless.  The fact we get to see these 2 ladies in their original roles all these years later IN A GOOD STORY just makes me so happy. 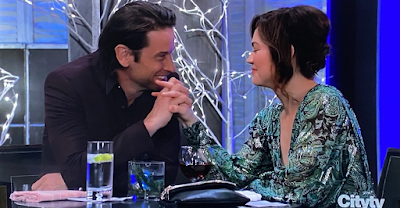 FORESHADOWING OF THE WEEK:  As Friz discuss going to the wedding, Peter and Maxie are sitting at the next table. When Liz gets up to talk to Maxie in the powder room, Franco lets Peter know he's getting Drew's memories back. You know that double wedding is going to be a wild one!! 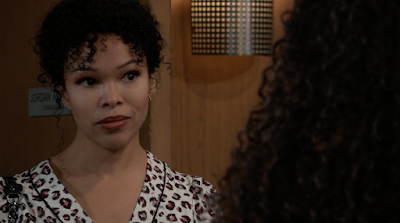 SMACKDOWN OF THE WEEK: Portia joins the long line of Jordan haters at the moment. She basically tells her that  she can't put anyone first but her job. 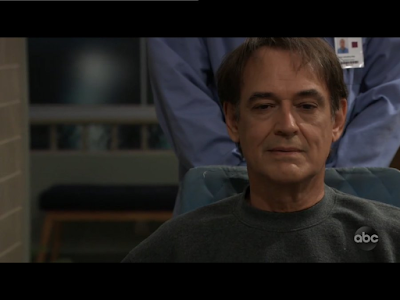 FAKE OUT OF THE WEEK:  You think Ryan's PONS is going to keep him down? Think again! 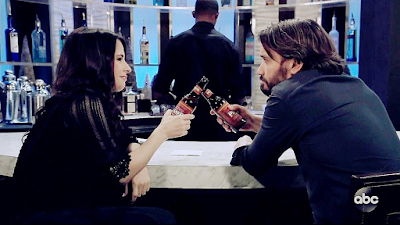 I NEEDED MEMORY PILLS OF THE WEEK:  So, Sam and Dante talk about life. Julian's death; Lulu's coma. Then they talk about their brother. Huh? Their what? OH YES..! LEO!! That's right!! Now they share Kristina and Leo as siblings. One from Daddy on one side, one from Mommy on the other. It's pretty hysterical. 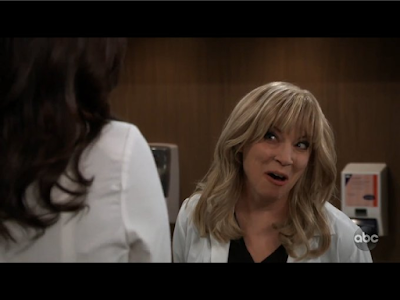 WUBS DELIGHT OF THE WEEK:  The Britta Dr. O scenes were just hysterical. They so acted like Mom and Daughter who know each other, been angry and then just giddy when the time comes to make up. "You have bangs"!!  KT and KG played this to the hilt and I loved it. 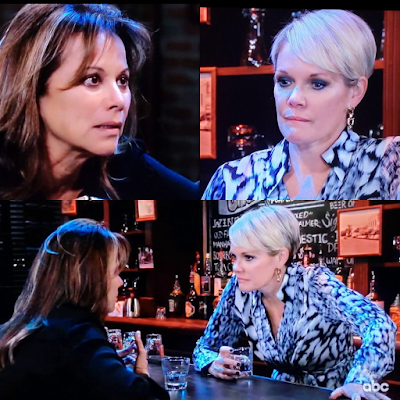 SCENE OF THE WEEK, YEAR, CENTURY :  Watching NLG and Maura go toe to toe over Julian's death was something to behold. It could have been a Netflix special. Their dislike of each other, their shared love and grief over Julian was on full display. The dialog was superb and I urge you to watch it on Hulu or ABC. com if you get the chance. Nothing short of Emmy worthy. @b_Dawg60 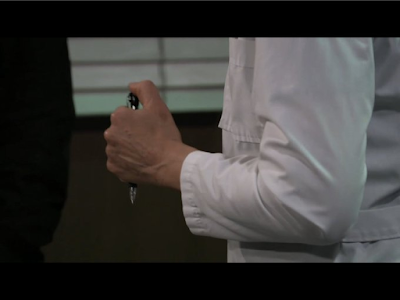 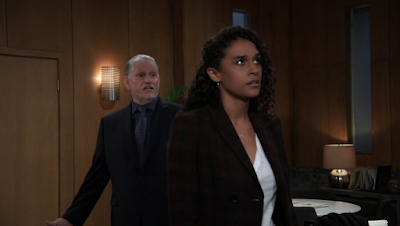 Alexis and Ava have a chat about Julian. Spectacular chat

Jason won't out Carly as Florence's kidnapper, not even to Laura

Franco lets Peter know he is getting Drew's memories back

Anna is still worried about Dante

Dr. O is taking over Dante's "case" and finds out Maxie and Peter are having a baby

Jax is worried about Josslyn

Sam is planning Maxie's side of the bachelorette party

Bobbie is at the safe house, serving as Flo's nurse (off camera) 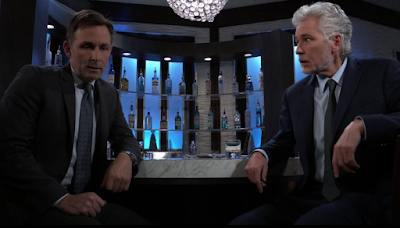 NEWS AND NOTES:  Real Andrews will be back taping at Taggert. The show is off for 2 weeks and no word on if LA county will allow them to resume shooting. You know what the numbers look like out there so ???

SPOILERS:  Looks like Bobbie pops up next week, Willow still doesn't know if she loves Chase or Michael and Ava gets one up on Carly. Get all the Scoop from Diagnosis Daytime.

I hope you watched the show last week. Moved well and entertaining. We need that right now!

By kdmask - January 10, 2021
Email ThisBlogThis!Share to TwitterShare to FacebookShare to Pinterest 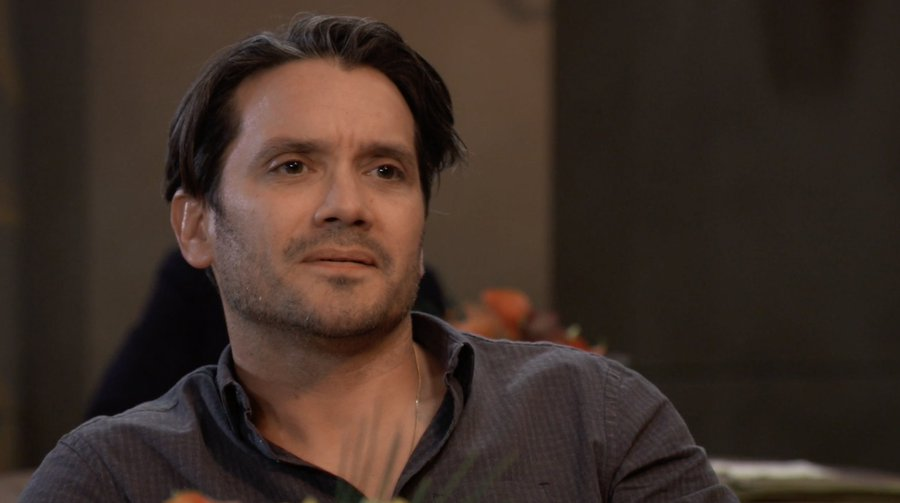