Sunday Surgery: Coffee, Tea or Me? 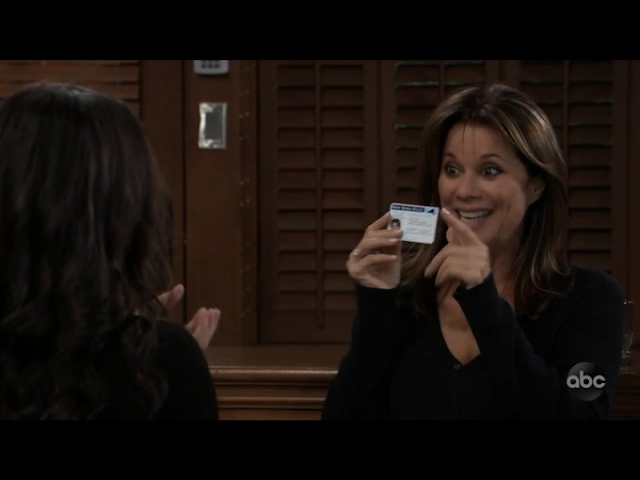 So... it was a good week for me. I was really busy and had to watch some on Hulu but I caught up I think. GH was also good this week!!  BOOOM!!

Let's have some mini-bar drinks in honor of Alexis, shall we? And if you got the Coffee, Tea or me reference--well, welcome to the older club lol 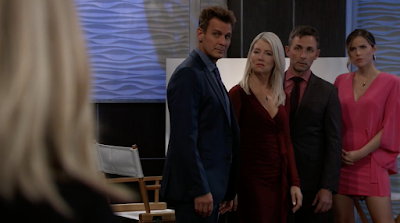 CARLY'S 'PLAN' FAILURE OF THE WEEK: Oh, Carly. Let's see, you've kidnapped an old lady, Avery is with Ava now and...your "let's not tell Nina about Nelle" just erupted. OMG ...great stuff.  We weren't sure if the necklace would fit because Carly had a fake one made. I was so happy when it did! BOOM!! Also, ,Valentin was standing there just like the vulture he is waiting go swoop in-- and I also loved it. Heh. Val is really a lynch-pin character lately. 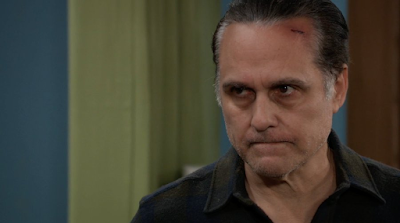 MENTAL-HEALTH CHECK OF THE WEEK: Sonny, trapped in Podunk PA, tries to get himself a job at the Hardware store but is taken back to the bar by Trooper-Timmy. (I made that up) Phyllis recognizes he's in the grips of some mental breakdown and takes him to see a surprisingly Hollywood looking doc that works at the clinic. 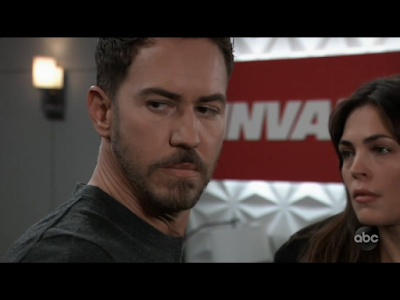 PRICK OF THE WEEK: You know I'm naming Peter....who not only published Franco's medical records, he got into the server through his sister Britt. Like people won't be able to figure that out?? Please make his death a good ol' murder mystery. Maybe like a Orient Express deal where the entire town stabs him one by one. 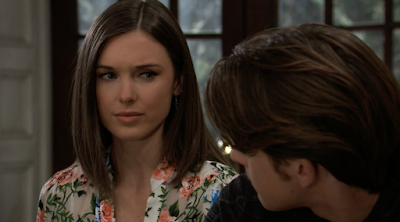 SIGNATURE OF THE WEEK: Did they sign it? Did Wills and Michael finally do it? Seems like Sasha is drifting to Michael and Willow is 'with Chase"...but did you catch her face when she was talking to his mom? Hmmm... and she's also going to keep living at the Qs so, lust might win out. 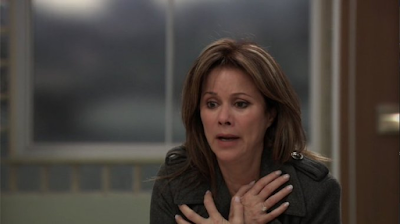 STABBING OF THE WEEK: Oh, Alexis. I know some people don't like to see you sink so low but damn.. I sure do!! Nancy gives it her all, even when downing little mini airplane sized vodka bottles. Not only did she try to "Stop" Franco from hurting Sam... her aim was perfect for piercing Dante's chest!! Surprise of the week for me!! Thought for sure, Franco would go down but nope. 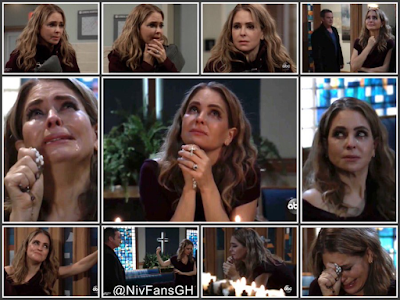 ROMAN CATHOLIC CURSE OF THE WEEK: Olivia--says the rosary then vows to destroy that "Drunken Slut" Alexis.  I'm so happy Lisa LoCicero is getting material. She's just a knockout. Great photo from @NivFans 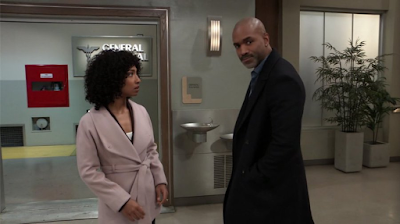 COVID CASTING OF THE WEEK: NuJordan showed up because Ol' Jordan had tested positive for COVID. I hope they don't put she and TJ together because....same age? 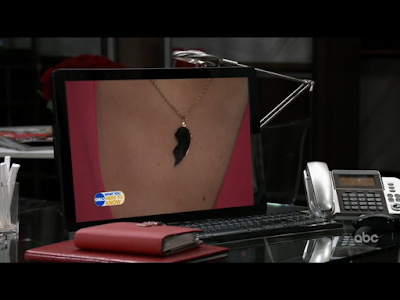 MORE AIRTIME THAN TJ AND MOLLY OF THE WEEK: Yep.  Give it up for THE NECKLACE!! 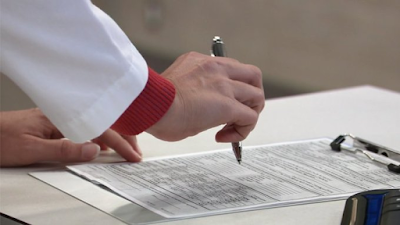 SHAKE OF THE WEEK: Oh, Britt, showing signs of the family disease of Hungtinton's. I'm so interested in how they'll play this out. 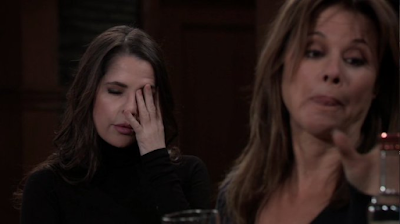 MISTAKE OF THE WEEK: Yes, Alexis' birthday is really October 2nd.  I get they want her to hit rock bottom but Sam would have remembered, even if she was angry with her. Just weird all around. 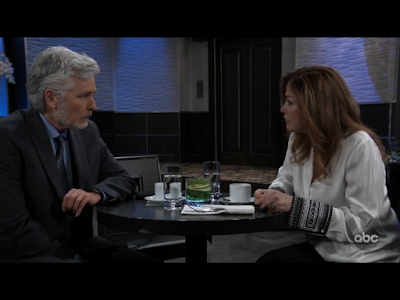 SCENE OF THE WEEK: TOTAL WUB pick and it's only due to nostalgia. LOVE Jenny and Tad. Geesh, so many feels.  Not often you can see your faves together years later. :tears: 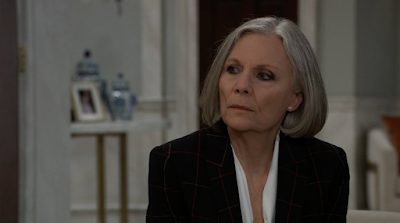 Tracy leaves PC before she can be arrested.

Dante is stabilized after his injection, he will be ok

Alexis is arrested for the attempted murder of Dante Falconeri

Olivia prays to God then curses Alexis for all eternity

Ned tries to make good with Olivia; not happening

Nina sees the necklace half; Jax finally tells her it's Nelle's

Sonny tries to get a job, fails and ends up taking Lithium as per the clinic's advice

SCOOPS:   Scotty and Jackie catch up, Valentin will try to swoop in and mend Nina's broken heart and Maxie visits Dante. See all the spoilers on Diagnosis Daytime! 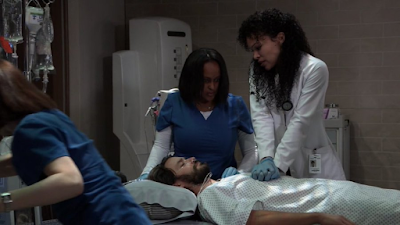 That's it! I have to say the weak link in all of this is the Sonny story.  What should have happened: Sonny is found but has no memory.  Then Jason and Carly would still have to do all the mobular stuff and Sonny could mope around until he decides he really wants to be a cook and goes to Kelly's.  Just a thought.  I also hope the Chase thing moves along. He's a great actor and I'd just like to see the whole "Finn is probably your daddy" story play out.  More Gray Fam too. Portia and Curtis? Hmmm, pretty predictable but maybe if Trina is really his daughter. Curtis should really be Chase's partner on the PCPD.  Dante thing has to speed up-- Peter murder mystery has to start as well.  Hopefully the Nelle story is done and Sasha and Nina will decide to be Mom/Daughter in name only. I want Lucy to go out with Valentin and Maxie with Dante!

Have a great Sunday--Oh my goodness tomorrow is February!!

By kdmask - January 31, 2021
Email ThisBlogThis!Share to TwitterShare to FacebookShare to Pinterest